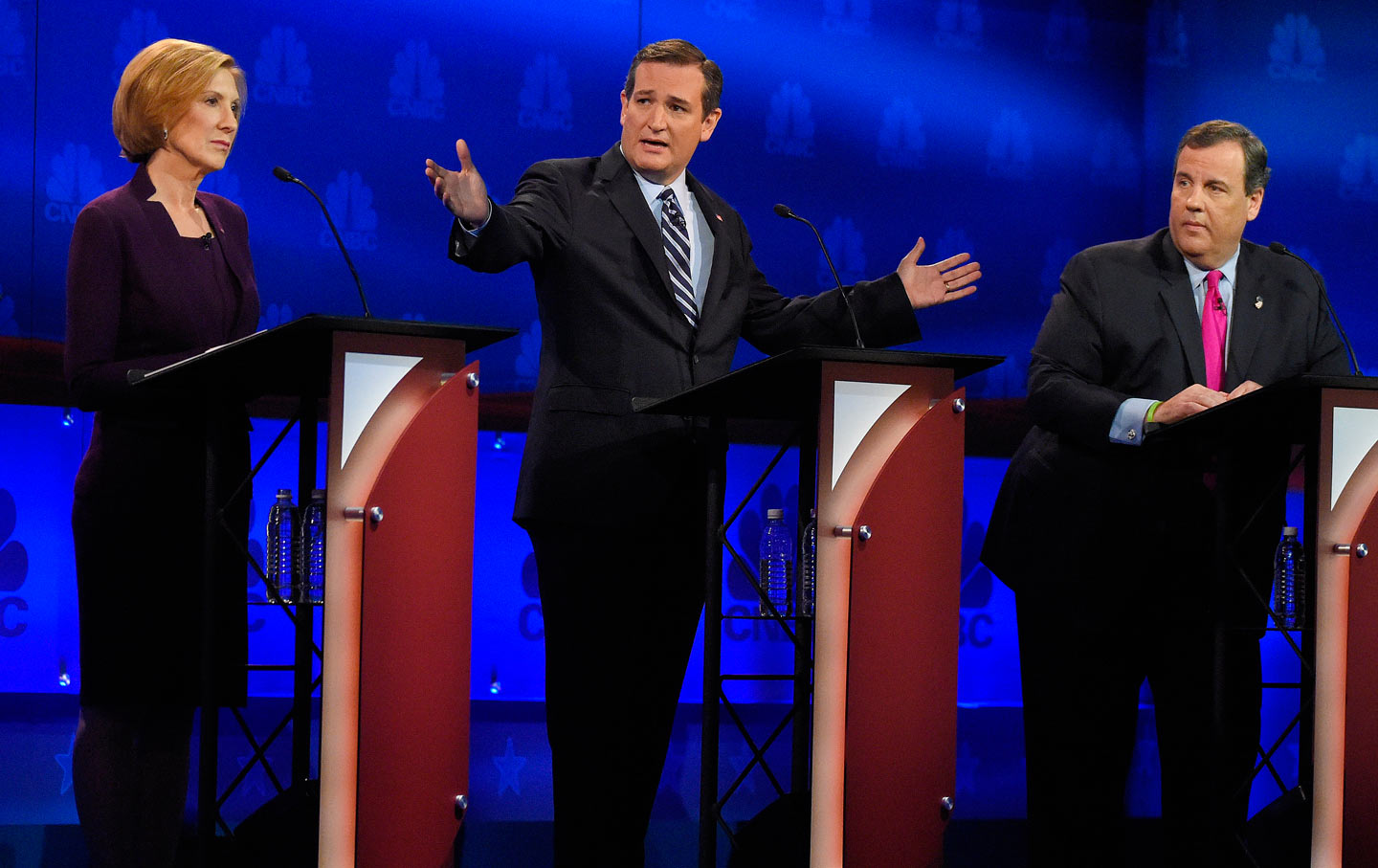 Lately, Republican presidential candidates have found a political target that’s easier to hit than their primary rivals or even Hillary Clinton: the media.

For instance, Senator Ted Cruz (Texas) scolded the moderators of last month’s CNBC debate, saying, “The questions asked in this debate illustrate why the American people don’t trust the media.” Likewise, Senator Marco Rubio (Florida) declared, “The Democrats have the ultimate Super PAC. It’s called the mainstream media.” And more recently, Ben Carson accused the media of reporting “a bunch of lies” that called into question parts of his biography. “I think it’s pathetic, and basically what the media does is they try to get you distracted,” he said.

Republicans are right to criticize the mainstream media, but they are doing it for the wrong reasons. That’s because the biggest problem with the media today is not their alleged liberal bias. Rather, it’s a corporatized system that is rigged against the public interest and failing our democracy. If they are truly interested in making the media better, here are three principles that politicians from both parties should embrace.