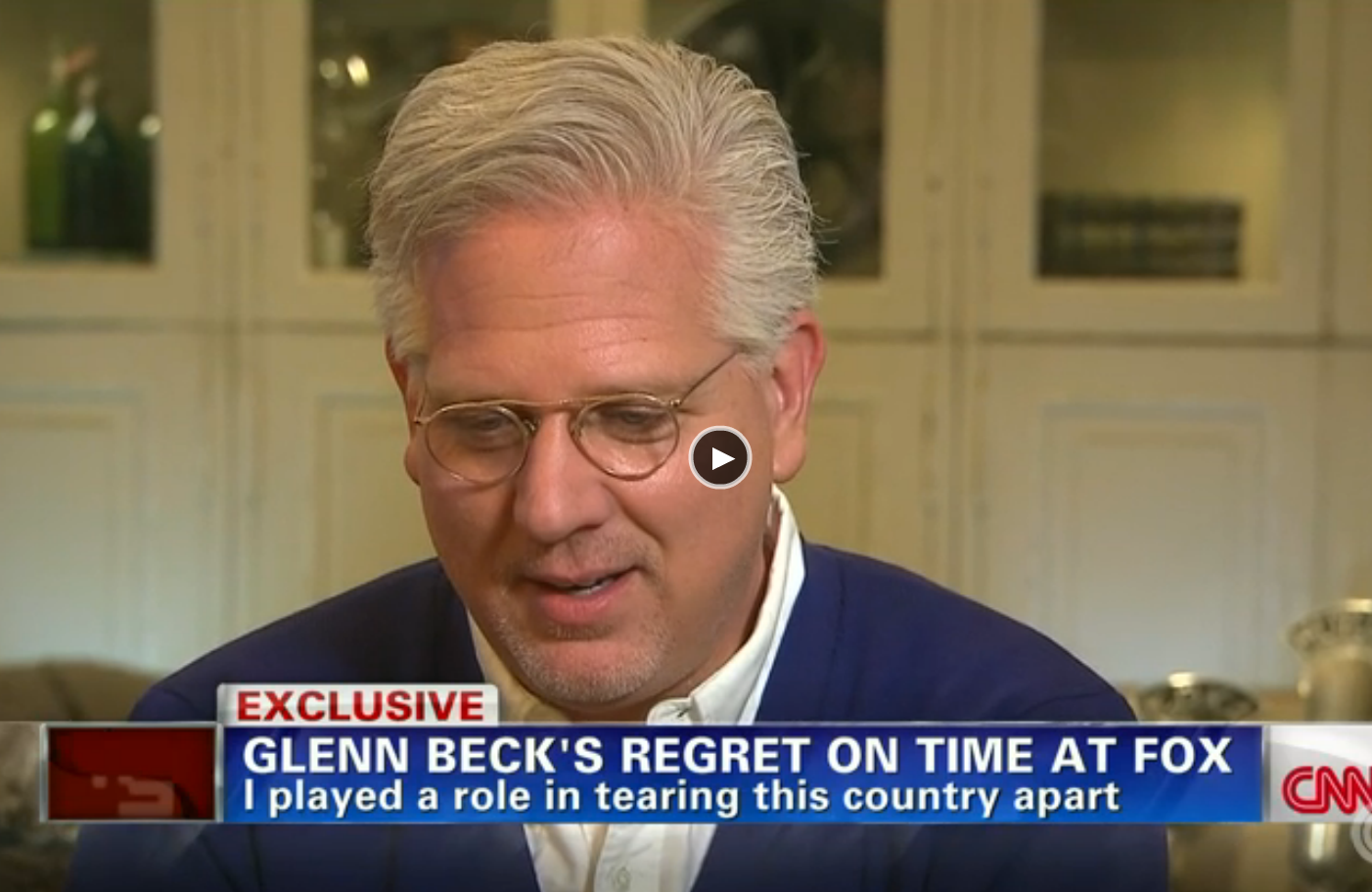 Glenn Beck claims to have “evolved.” He says he said some stupid things in the past, like that Obama was a racist. He says he no longer wants to call people names when he disagrees with their politics. In fact, he hates politics. He thinks our “cold civil war” will get hot “unless we talk to each other.”

But he still believes a caliphate is coming to get you and that you should stockpile food for the coming economic collapse. “I’m still a conservative,” he says. “I still believe the same things that I did. Do I believe in exactly the same way I did? No. But that’s what it means to be alive.”

That was Beck’s spiel in the first part of a two-part interview with Brian Stelter on CNN’s Reliable Sources last Sunday. (Part two will air this Sunday.) Beck was nothing if not self-dramatizing. He claims he told himself that if he didn’t leave Fox News when he did “you’ll lose your soul.” (Though he was basically kicked off the channel, for going too far out there.) He seems sorry for his role in dividing the country, but he repeats several times how “all of us” have contributed to that. When Stelter asks, “Is there some specific quote, something you wish you hadn’t said,” Beck seems perplexed, saying, “I don’t know what you’re talking about.”

Meghan McCain, who’s had a long-time feud with Beck, isn’t buying any of his purported evolution.

“The most fucked up, disgusting, worst, most insulting things anyone has ever said about me, hands-down, ever, in my entire life, came out of this man’s mouth,” she said on Pivot’s TakePart Live on Monday. “So, what I want to know is, does he regret that?”

“Do you regret barfing into the camera and pretending to barf for fifteen minutes at the idea of me doing a PSA for skin cancer?”

“[If] you’re the type of person who’s going to divide America, which I believe Glenn Beck has played a part in doing, are you now taking culpability?”

Then she threw out a dare: “In all seriousness, if Glenn Beck wants to come on this show, I’m open to having a conversation with him. I think pigs will fly out my ass sooner than that man will come on my show, but we can try.”

Here’s part one of the interview on CNN: