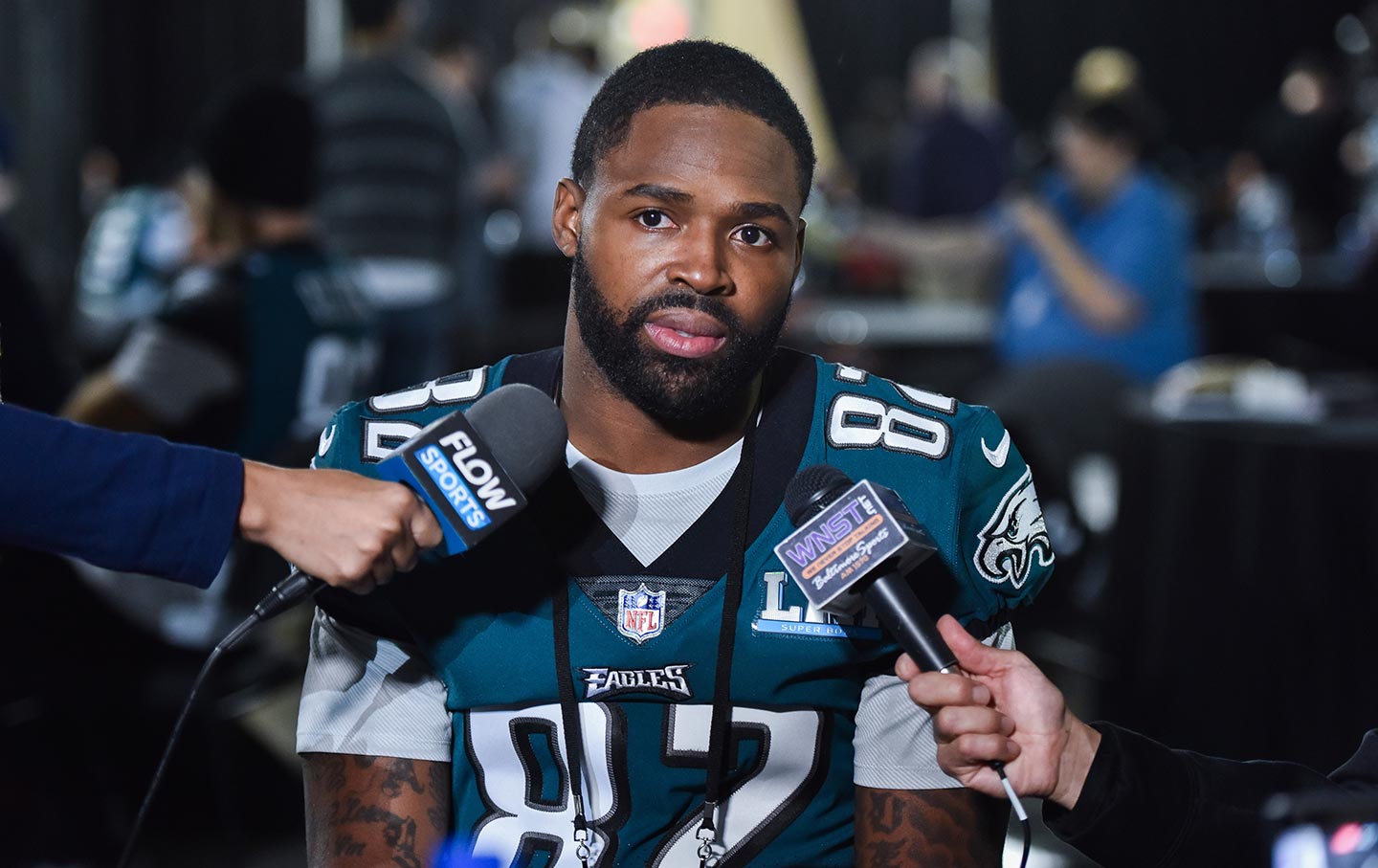 The NFL’s time-honored tradition is that you and your team go to the White House after winning the Super Bowl. This goes back decades, but whether a visit happens in 2018 is officially an open question. Following a season where current White House occupant Donald Trump cursed NFL players in an Alabama speech and said they should be “fired” if they weren’t “forced” to stand for the anthem, it doesn’t look like the Philadelphia Eagles will be playing his game. Wide receiver Torrey Smith said that “plenty” of players would not accept this president’s invitation. Smith’s reasons for his own boycott, given to Don Lemon of CNN, may stand the test of time.

He said, ”For me, it’s not just about politics. If I told you that I was invited to a party by an individual I believe is sexist or has no respect for women or I told you that this individual has said offensive things towards many minority groups.… this individual also called my peers and my friends SOBs, you would understand why I wouldn’t want to go to that party. Why is it any different when the person has title of President of the United States?”

That answer is so lacerating because Smith is basically saying, “It’s not about politics. It’s about this president being a racist, sexist jerk.” This is a perfect articulation of a view shared by many people who see “politics” as what happens on Capitol Hill. But a collective antipathy towards this president runs a lot deeper than what comes out of the mouth of congressional Democrats.

Another Eagles player not playing the NFL and Trump’s game is defensive end Chris Long. The Charlottesville native was challenged by Trump lickspittle Boris Epshteyn on social media about why he wouldn’t go and try to dialogue with Trump about his concerns. Long spent this year donating his paychecks to fund social-justice scholarships in C-Ville following last August’s Nazi march. He listed off the questions he’d ask Trump:

“Who were the fine people on the side of the Nazis and KKK that gathered in my hometown the day a terrorist put 20 ppl in the hospital? Why reference the hatred and bigotry on ‘many sides that day’? Why didn’t you immediately denounce them?”

Then he said, “I already know the answer. None of that is political. I’m not interested in a dialogue with someone who I have to ask those questions of.”

Safety Malcolm Jenkins has said simply that he was “not interested in a photo op” but would meet with Trump if he wanted to talk about the actual reasons he and many others were staging protests during the anthem—racial injustice—saying that he would only “meet to talk about advancing our communities.” Jenkins might want to get a Snickers, because that meeting is not happening any time soon.

As these players have shown the world that being an activist is not something that will prevent you from winning a Super Bowl, it is worth remembering the player who sparked this off: the banished quarterback Colin Kaepernick. He animates all of this, even if the organization led by Malcolm Jenkins, the Players Coalition, which negotiated an $89 million payout to community organizations by NFL owners, has not taken up Kaepernick’s employment as a cause. As Torrey Smith said, “I have a lot of respect for him. You know, Colin Kaepernick is a person that history is going to look back on like he’s a legend. He’s a legend to me and I’ll have his back any day of the week.”

They have Colin Kaepernick’s back. But Donald Trump and his shock troops won’t respond well to this White House slight, so those of us supporting their vital dissent had best get their front.