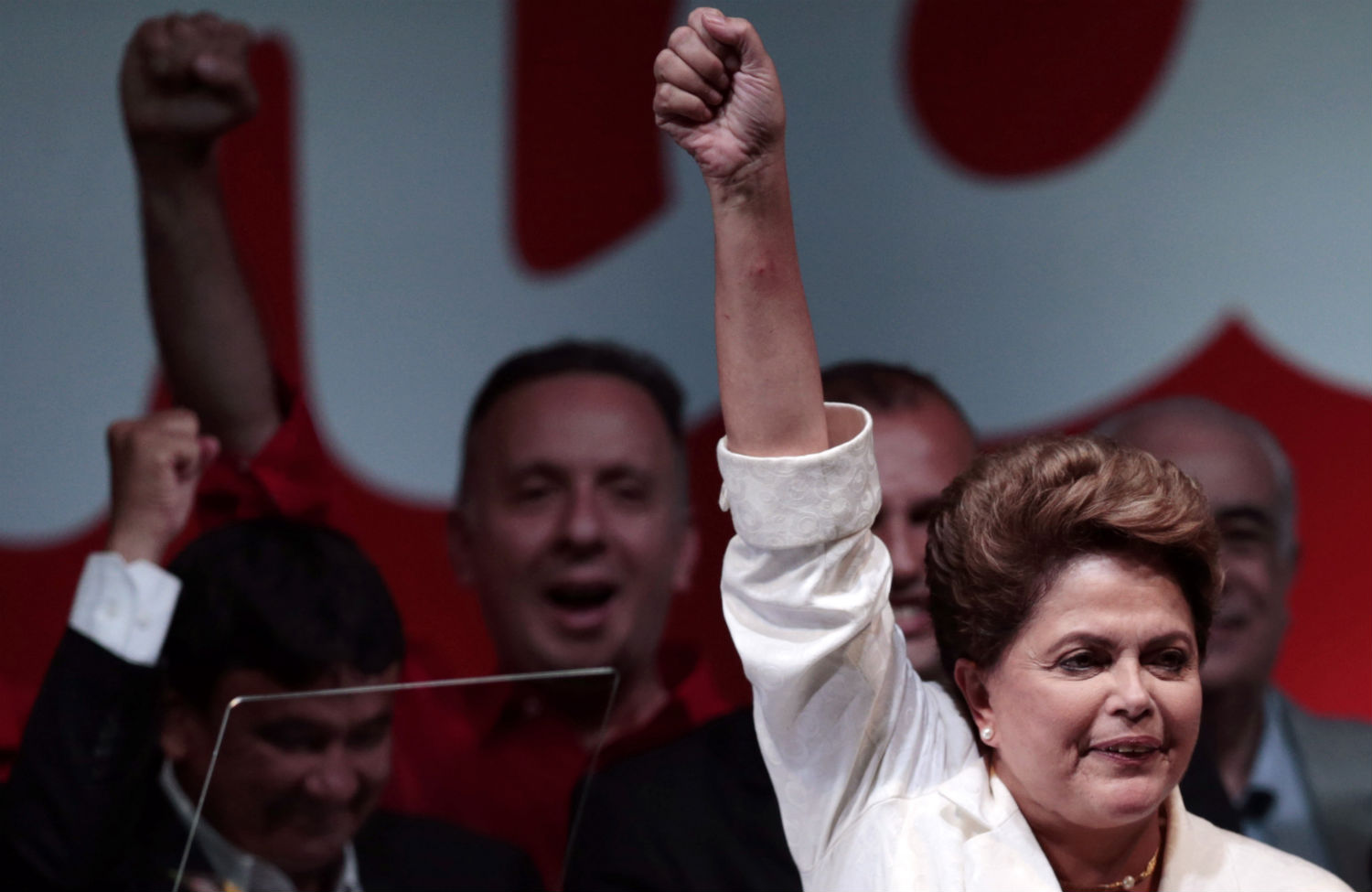 Red flags are flying in Rio and Montevideo. Not only did Dilma Rousseff win in Brazil on Sunday but next door in Uruguay, Tabaré Vázquez, the presidential candidate for Frente Amplio—or Broad Front, the political heir to the insurgent Tupamaros of the 1970s—did better than expected in a first-round vote and is predicted to win a November runoff. Vázquez, a former president (Uruguay prohibits consecutive re-election) would follow the beat-up-beetle-driving, pot-, same-sex-marriage-, and abortion-legalizing, flower-growing, three-legged-dog owner, former political prisoner and renunciant incumbent, José Mujica.

In Brazil, Dilma beat back a neoliberal-technocrat challenge. In Uruguay, Vázquez, a medical doctor, will face a more traditional conservative in November, Lacalle Pou, the son of a former right-wing president. Pou’s campaign is notable since it is among the first in Latin America to bet the bank on Richard Nixon–style wedge issues, hoping to use abortion, drugs and crime to take power. Reuters reports this from a Pou supporter: “ ‘So we are killing babies now and the state will sell marijuana,’ said Adriana Herrera, a 68-year-old pensioner. ‘My frustration is not just with the handout policies but also with the laws that have been approved that are terrible for the country.’ ” The nice use of the word pensioner here transports us back to the salad days of the New Right, to Margaret Thatcher’s kitschy shopkeeper authoritarian conservatism. Pou also promises tax cuts. He lost, and early polls expect he will lose the runoff. But he did get a third of the vote.

Hugo Chávez was first elected in Venezuela in 1998, which means we are more than a decade and a half into Latin America’s “left turn.” With these votes in Brazil and Uruguay, along with the recent re-elections of Michelle Bachelet in Chile, Rafael Correa in Ecuador and Evo Morales in Bolivia, the developmentalist social-welfare left—both its “moderate” and “populist” wings—is showing remarkable endurance, having moved on from its first generation of leaders, Chávez, Kirchner in Argentina and Lula in Brazil.

It’s not hard to understand why: economics. Few want to go back to the disastrous neoliberalism of the 1980s and 1990s. Mark Weisbrot breaks it down here for Brazil. Ben Dangl does the same for Bolivia. And here’s Reuters on Uruguay: “Uruguay’s $55 billion economy has grown an average 5.7 percent annually since 2005. The government forecasts lower growth of 3 percent this year, although that is still better than in neighboring giants Argentina and Brazil. The number of Uruguayans living in poverty has fallen sharply to 11.5 percent from more than a third in 2006. ‘I want to stick with the Broad Front that ensures success,’ said Soledad Fernandez, a 27-year-old student. ‘Vazquez and Mujica looked after the vulnerable people.’ ”

Argentina’s presidential election, which will happen a year from now, might be won by the neoliberal right. And Dilma’s margin of victory was closer than it should have been, though that she won by running on economic-justice issues in the face of bond-market hostility and the “overwhelmingly anti-Rousseff mainstream media” indicates the vitality of the organized Brazilian left, broadly defined. Abstaining or voiding ballots was not an option for many activists critical of the PT, including those who led impressive street protests over the last year. Unlike in the United States, there is something more than a dime’s worth of difference between the options presented to the electorate (Clinton versus Bush, really? They should just run on the same ticket).

With Pou, the right has now tried pretty much every play in its book to retake power: the neoliberal technocrats have failed. The “modernizers” have failed (Chile’s Sebastián Piñera, for example, won election in Chile in 2010 by basically accepting the social and economic premises of the center left, positioning himself as a European-style conservative who didn’t hate gay people. His presidency was a failure, paving the way for the return of Bachelet). And the traditionalists have failed (for a while, Spain’s neo-fascist José María Aznar was touring around Latin America, trying to pull together a Catholic-neoliberal-anti-Muslim alliance that could compete with Chavismo). And now with Pou the cultural warriors have failed (fingers crossed!). That pretty much leaves the right with coups and putsches, as what happened in Haiti in 2004, Honduras in 2009 and Paraguay in 2012.

The inability of the right to pull together a coalition and articulate a larger vision shows the depths to which the Cold War in Latin America served as something like a five-decade-long voter-preference-suppression project. Washington-led and financed anti-communism united the right’s various branches. Without such an organizing principle the right can’t electorally compete, at least for now, with what voters, all things considered, want: economic justice, a dignified life, peace and social welfare.