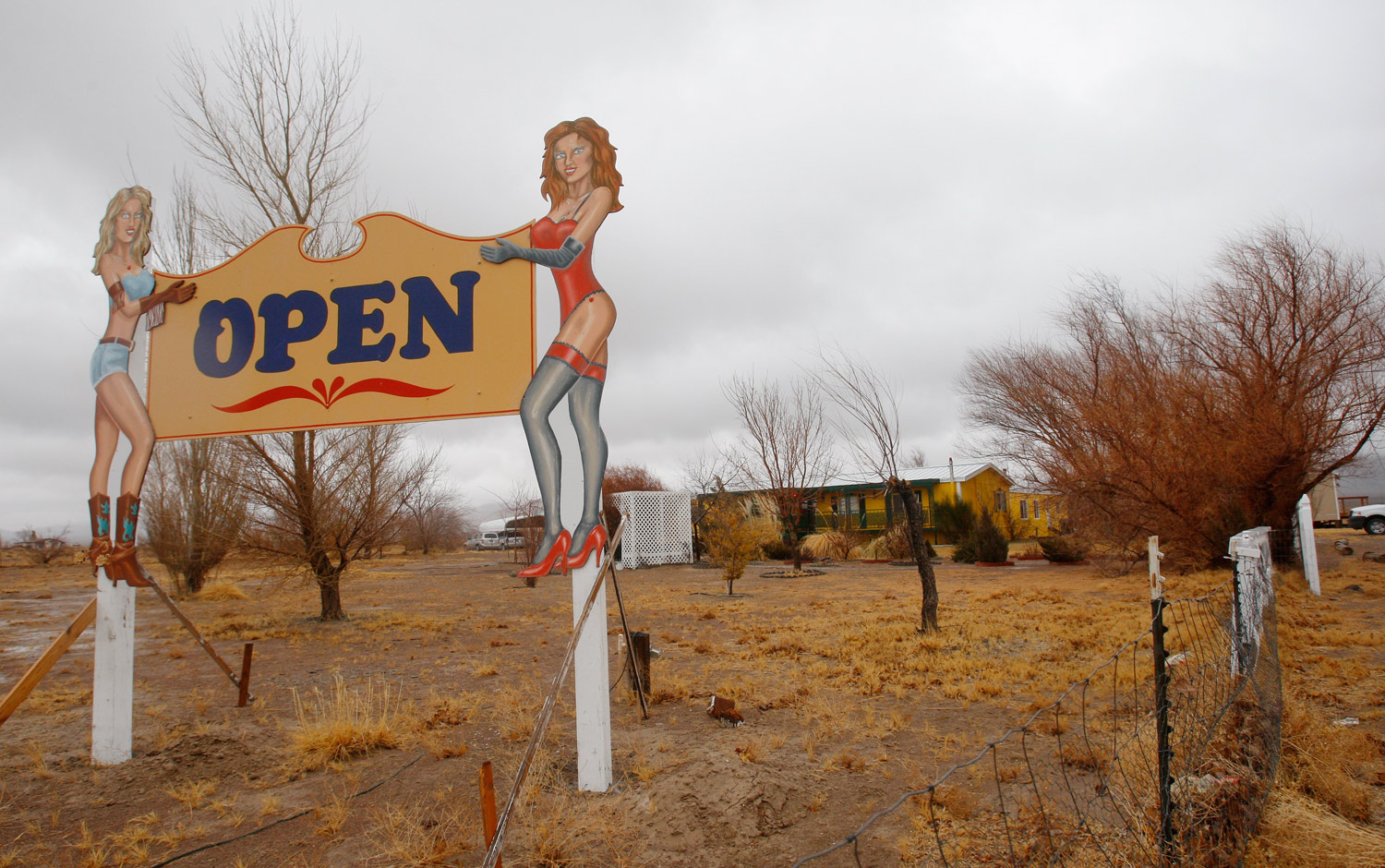 On the left, prostitution used to be seen as a bad thing: part of the general degradation of the working class, and the subjugation of women, under capitalism. Women who sold sex were victims, forced by circumstances into a painful and humiliating way of life, and socialism would liberate them. Now, selling sex is sex work—just another service job, with good points and bad—and if you suggest that the women who perform it are anything less than free agents, perhaps even “empowered” if they make enough money, you’re just a prude. Today’s villain is not the pimp or the john—it’s second-wave feminists, with their primitive men-are-the-enemy worldview, and “rescuers” like Nicholas Kristof, who presume to know what’s best for women.

The hot new left-wing journals are full of this thinking. Right now on the New Inquiry website, for example, you can take a satirical quiz called “Are You Being Sex Trafficked?” Of course, if you are reading the New Inquiry, chances are you’re not being sex trafficked; if you’re a sex worker, chances are you’re a grad student or a writer or maybe an activist—a highly educated woman who has other options and prefers this one. And that is where things get tricky. Because in what other area of labor would leftists look to the elite craftsman to speak for the rank and file? You might as well ask a pastry chef what it’s like to ladle out mashed potatoes in a school cafeteria. In the discourse of sex work, it seems, the subaltern does not get to speak.

Melissa Gira Grant’s Playing the Whore, published by Verso and co-edited by Jacobin, is a good example of this phenomenon. It’s got a lot of Marxist bells and whistles—OK, OK, sex work is work, I get the point!—and is much concerned with the academically fashionable domains of language and representation, the portrayal of sex workers in movies and ads. “Sex workers should not be expected to defend the existence of sex work,” Grant writes, “in order to have the right to do it free from harm”—whether arrest or violence or the stigma of a fixed identity that can never be escaped. School teacher Melissa Petro discovered that when she lost her job after the New York Post got hold of an essay she had written about her time as an escort.

All fair enough, but the real world is more complicated. Grant has a great time beating the dead gray mare of 1980s anti-porn feminism but doesn’t seem to notice any difference between those vanished crusaders against smut—was any cause ever so decisively defeated?—and today’s campaigners against commercial sexual exploitation, who include former sex workers. Supporters of the “Swedish model” of outlawing the purchase but not the sale of sex—arrest johns, not sex workers—are “carceral feminists.” Women who fight sex trafficking are in it to build nonprofit empires, “jobs for the girls,” and are indistinguishable from paternalistic rescuers like Kristof.

Tellingly, Grant says barely a word about the women at the heart of this debate: those who are enslaved and coerced—illegal immigrants, young girls, runaways and throwaways, many of them survivors of sexual trauma, as well as transwomen and others cast out of mainstream society. Poor people, like the Chinese- and Korean-speaking women who are bused every morning from Queens to work in Nassau County massage parlors, or drug addicts doing survival sex in the Bronx, or the Honduran teenagers trafficked by a popular, politically connected New Jersey restaurateur—these girls and women are nowhere to be found in her pages. Nor does Grant concern herself with women like those Liberty Aldrich of the Center for Court Innovation told me she works with, the vast majority of whom would like to leave sex work but need help to do it—to get a GED, a place to live, connections to people who care about them.

The “sex work is work” cliché is that prostitution is much like any other service job—being a waitress is the usual example. I dunno how many waitresses would agree with that, and I don’t think anyone at Jacobin is asking them. But seriously, is it just prudery or fear of arrest or attack or stigma that keeps the vast majority of women working straight jobs? Maybe there’s a difference between a blowjob and a slice of pie—one that is occluded when all types of service work are collapsed into one, a difference that today’s young left feminists don’t want to think about. To acknowledge that sex work is exploitative—that it involves a particularly intimate form of male privilege, which bleeds into other areas of life—would be too sentimental, and too disturbing. It would mean, for example, thinking not just about the exhilarating figure of the sex worker but about the customer. This faceless man could be anyone: your colleague, your boyfriend, your father, your husband. Theoretically, if it’s OK to be a sex worker, it’s OK to be a john—after all, sex workers would be jobless without them. Do pro–sex work feminists really think that, though? I’d like to see an issue of Jacobin devoted to first-person accounts of buying sex. But men of the left seem content to let women fight the commercial sex battle for them. It’s chicks up front all over again.

It’s one thing to say sex workers shouldn’t be stigmatized, let alone put in jail. But when feminists argue that sex work should be normalized, they accept male privilege they would attack in any other area. They accept that sex is something women have and men get (do I hear “rape culture,” anyone?), that men are entitled to sex without attracting a partner, even to the limited extent of a pickup in a bar, much less pleasing or satisfying her. As Grant says, they are buying a fantasy—the fantasy of the woman who wants whatever they want (how johns persuade themselves of this is beyond me). But maybe men would be better partners, in bed and out of it, if they couldn’t purchase that fantasy, if sex for them, as for women, meant finding someone who likes them enough to exchange pleasure for pleasure, intimacy for intimacy. The current way of seeing sex work is all about liberty—but what about equality?

I thought the left was about that, too.