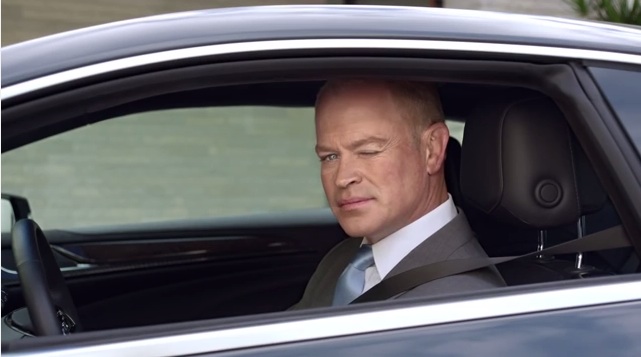 By now you have definitely seen it: the Cadillac ad for its first hybrid car that has a hard on for America’s work ethic. “Other countries,” actor Neal McDonough says while strutting through his perfectly landscaped yard alongside his in-ground pool, “they work, they stroll home, they stop by the café, they take August off. Off.” Quelle horreur! And he explains that Americans, from Bill Gates to Ali, aren’t like that. “We’re crazy, driven, hard-working believers,” he says. And he implies we do it for the glory, but also for the stuff, like a luxury car: the latter is “the upside of only taking two weeks off in August.”

But McDonough, or this hyper-capitalist alter ego, is dead wrong. Americans should absolutely take August off. It will, in fact, lead to more stuff—among other things.

Americans don’t take August off, but most people probably don’t even take two weeks during that month. Twenty rich countries have a national guarantee that workers can get some vacation time. Thirteen also make sure workers get at least a few paid holidays off. The United States, on the other hand, is the only advanced economy in the world that doesn’t have either requirement. About a quarter of Americans don’t have any paid vacation or holidays at all, a share that is growing—although I would guess that the luxury-product-buying, power-suit-wearing character McDonough plays in the commercial does get paid vacation time, as these benefits are disproportionately the purview of the rich. The average American worker gets about ten days of paid vacation and six paid holidays a year—that’s just over two weeks every year—which is less than the minimum required in nearly every other country. And of those who get paid vacation, they leave more than three days, on average, unused.

We also don’t ensure that workers can take other kinds of paid time off, like sick days or family leave or even a weekend. And we certainly aren’t slacking in the hours we work each week, either: we’re number eleven out of thirty-three developed countries for weekly hours worked.

What are all of these hours getting us? Certainly, we are one of the richest countries in the world. But all this time spent on the job without taking some time off to decompress isn’t necessarily why. It can be incredibly counterproductive. Henry Ford’s famous 1920s revelation that shortening the working day and the workweek would lead to better productivity is still true.

Ford found that productivity diminished after workers put in eight hours a day, five days a week. And as Daniel Cook of Lost Garden has found, working more than sixty hours a week produces a small productivity boost, but it doesn’t last: after three or four weeks, it actually ends up hurting output. Other studies have found the same thing: you can push yourself into overwork for a short time and produce more, but eventually it will wear off and come back to bite you. Taking small breaks can also help people better focus and perform.

Taking a vacation has a similar effect. When accounting firm Ernst & Young studied its own workers in 2006, it found that for every ten hours of vacation an employee took, his or her year-end performance ratings would improve by 8 percent. More vacation time also correlated with lower turnover. Former NASA scientists had the same experience: they found that people who take vacations see an 82 percent bump in job performance when they get back. And longer vacations are more important for refreshing than just taking a few days off. Shutting down for a whole month isn’t sounding so crazy, is it?

Individual companies don’t just see a monetary gain from pushing employees to take some time off, though. The whole economy benefits. That’s because people on vacation tend to spend their money on plane tickets, hotel rooms, restaurants and sightseeing, instead of holding on to it all while working away at their desks. If American workers took their unused vacation time—remember, only about three days—and traveled, leisure spending would increase by nearly a trillion dollars, according to Oxford Economics. Even if only some people traveled, however, it would add $67 billion in travel spending. The total economic impact beyond the leisure industry would be $160 billion in business sales and $52 billion in additional income.

Think what the increase from a whole month off would look like. Think of all the stuff that we could buy with that extra income and economic growth.

Beyond stuff, of course, there is the improvement in quality of life. We are a stressed-out country. Half of both working mothers and fathers are stressed about juggling work and family. A month off in the summer has the added benefit of lining up when most students aren’t in school, allowing parents to spend a solid chunk of time with their children. It wouldn’t solve the whole problem—there are plenty of other vacations parents wouldn’t necessarily be able to take off for, and then there’s the everyday struggle of coming home from work to the demands of feeding, cleaning and clothing everyone in your family—but it would give working people some breathing room.

Heck, maybe some people would use that month to dream up the next innovation in automobiles or space travel.