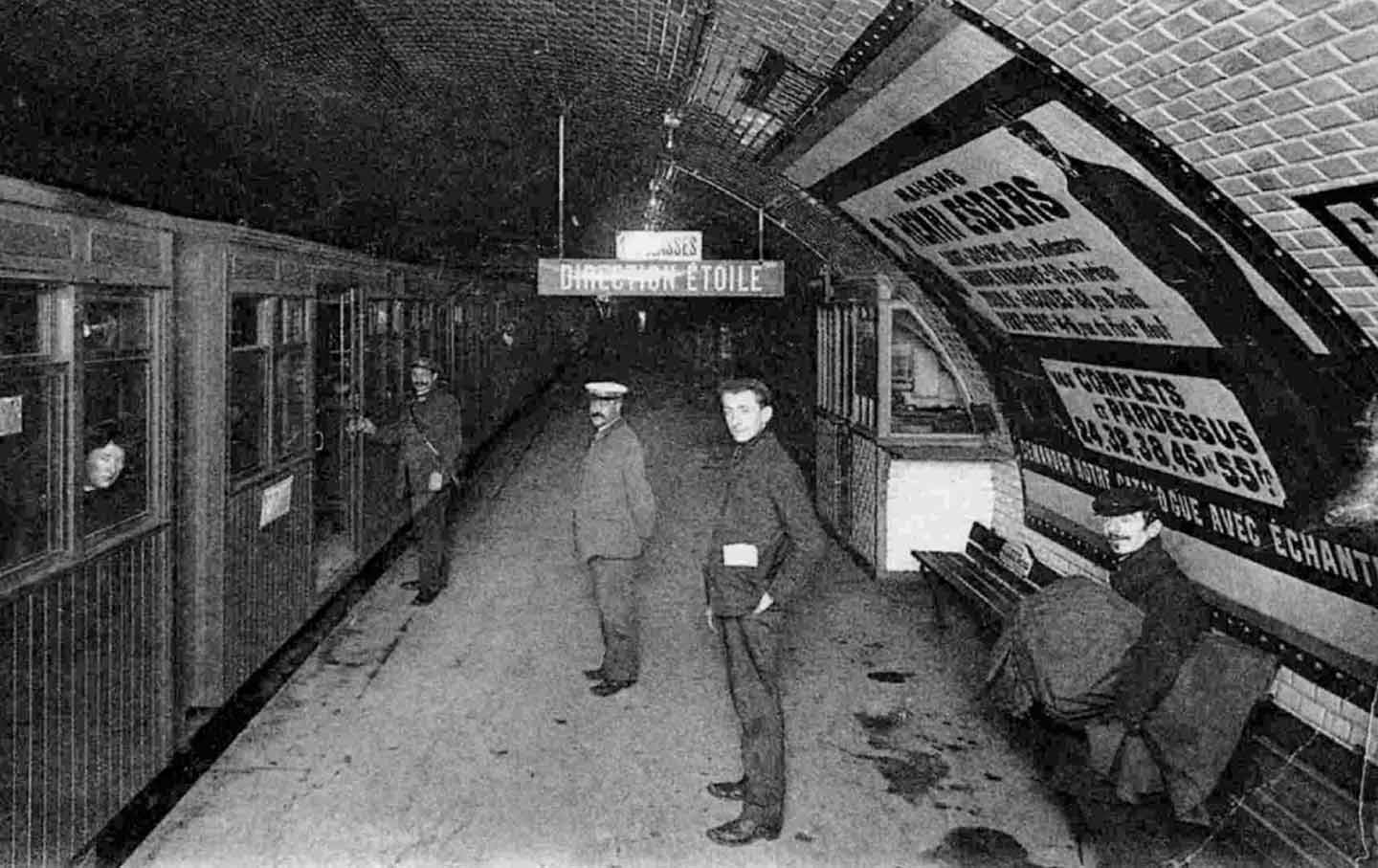 In the course of researching his acclaimed three-volume biography of Franz Kafka, Reiner Stach discovered numerous curiosities and idiosyncrasies about the writer that, taken together, complicate the image of Kafka as a tortured neurotic. He loved beer and slapstick. He undertook a fitness regime popularized by a Danish exercise guru. He tried to cheat on his high-school exams. He used his desk as a metaphor for self-parody and waxed lyrical about the Paris metro. Stach details some of these oddities in Is That Kafka? 99 Finds, first published in Germany in 2012 and forthcoming from New Directions on March 21 in a translation from the German by Kurt Beals. The following two finds are reprinted with the permission of the publisher.

The Metro seemed very empty to me back then, particularly if I compare it to my trip to the races, when I was sick and alone. Even apart from the emptiness, the metro’s appearance showed the influence of a Sunday. The dark steel color of the walls dominated. The work of the conductors, shoving the doors of the cars open and shut and swinging themselves in and out, was in keeping with the spirit of a Sunday afternoon. People walked slowly along each long correspondence (i.e. transfer). The unnatural indifference of the passengers, their acceptance of this travel by Metro, became clearer. The way that people turned toward the glass doors, that individuals disembarked at unknown stations far from the opera, appeared capricious. Despite the elec. light, changes in the daylight are clearly visible in the stations, particularly when you have just gone down, particularly this afternoon light, just before dusk. Entering into the empty terminal station, Porte Dauphine, a mass of pipes comes into view, a glance into the loop where the trains are allowed to travel in a single curve after such a long, straight trip. It is much more unpleasant to go through a tunnel in a railway train, in the Metro there is no trace of that oppression that the passenger feels beneath the mass of the mountain (even if it is held in check). You also aren’t far from people, it is a city facility, e.g., like the water in the pipes. Leaping backward when disembarking, then moving forward again, all the more forcefully. This disembarking on the same level. Small offices with a telephone and a bell apparatus, usually empty, direct the operation. Max likes to look in. The noise of the Metro was terrible when I took it for the first time in my life, from Montmartre to the grand boulevards. Aside from that it isn’t bad, rather it even intensifies the pleasant, calm feeling of speed. The advertisement for Dubonnet is very well-suited to being read, expected, and observed by sad and unoccupied passengers. Elimination of language from commerce, since one does not have to speak when paying, or when getting on or off. Because it is so easy to understand, the Metro offers the best opportunity for an eager, weakly foreigner to assure himself that he has quickly and correctly made his way into the very essence of Paris on his first try. Foreigners can be recognized by the fact that they are already lost by the time they reach the topmost landing of the Metro stairs, they do not exit the Metro and seamlessly lose themselves in the life of the street like Parisians. And upon exiting, reality only slowly begins to correspond to the map, since, if we had come on foot or by hired car, we never would have made it to this square onto which we just emerged without the guidance of the map

Now I’ve taken a closer look at my desk and realized that nothing good can be produced on it. There’s so much lying around here, it creates disorder without regularity, and with none of that agreeableness of disorderly things that otherwise makes every disorder bearable. Whatever disorder is on the green desk-cloth, it is no worse than what might be permitted in the orchestra section of the old theaters. But when papers pour out of the standing-room section, out of the open compartment below the raised platform in the back—brochures, old newspapers, catalogs, postcards, letters, all partly torn, partly opened, piled up like a staircase—this undignified state spoils everything. Individual items in the orchestra, enormous by comparison, spring into action, as if the spectators in the theater were suddenly given free rein, the businessman to put his books in order, the carpenter to hammer, the officer to wave his saber, the lovers to cast aside their inhibitions, the priest to speak to the heart, the scholar to the understanding, the politician to the civic spirit, etc. Only the shaving mirror on my desk stands upright, as required for shaving, the clothes-brush lies bristles-down on the cloth, the portemonnaie lies open, in case I need to pay, one key sticks out from the key ring, ready for work, and the tie is still partly wrapped around the cast-off collar. The next highest compartment of the raised back, already boxed in by the small, closed drawers on either side, is nothing but a junk room, as if the lowest balcony of the auditorium, basically the most visible section of the theater, had been reserved for the most vulgar people, for old scoundrels whose dirt slowly works its way out from the inside, coarse fellows who dangle their feet down over the balcony railing, families with so many children that you only glance at them quickly and can’t even count them fill the place with the dirt of poor nurseries (in fact, it’s already flowing down into the orchestra), people with incurable illnesses sit back in the darkness, fortunately you can only see them when the lights shine their way, etc. This compartment contains old papers that I would have thrown away long ago if I had a wastepaper basket, pencils with broken-off points, an empty matchbox, a paperweight from Karlsbad, a ruler with an edge that would be too bumpy even for a country road, a lot of collar buttons, dull razor blades (the world has no place for them), tie clips, and yet another heavy iron paperweight. In the compartment above—

Wretched, wretched, and yet well intended. It’s midnight after all, but considering that I’m very well rested, that can only serve as an excuse insofar as I wouldn’t have written anything at all during the day. The burning lightbulb, the quiet apartment, the darkness outside, the last waking moments entitle me to write, even if it’s the most wretched stuff. And I hastily make use of this right. This is just who I am.