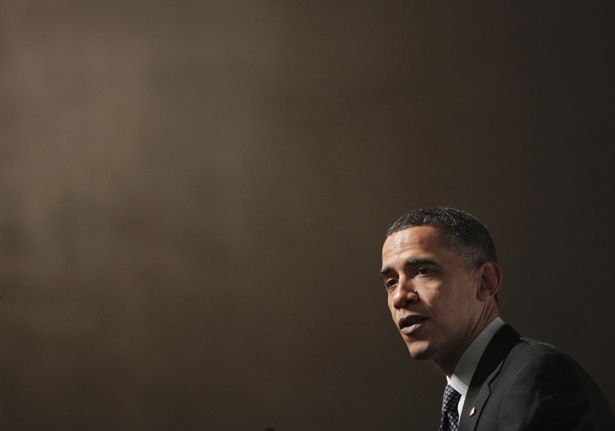 This spring, African-American students at Harvard captured national media attention with their “I, Too, Am Harvard” campaign. The organizers described their goals, writing, “Our voices often go unheard on this campus, our experiences are devalued, our presence is questioned—this project is our way of speaking back, of claiming this campus, of standing up to say: We are here. This place is ours. We, TOO, are Harvard.”

This year, Harvard admitted a record number of black students, and it boasts the highest black graduation rate in the Ivy League. The faculty, facilities and programming budget at Harvard’s W.E.B. Du Bois Research Institute make it the envy of the American academy. There is an active, thirty-seven-year-old Black Students Association on campus. The Hutchins Center houses a hip-hop archive and publishes the well-regarded Du Bois Review. The president and first lady of the United States are both graduates of Harvard Law School.

By meaningful measures of resource commitment, academic outcomes and historical legacy, Harvard could easily claim to be the best campus in the country for black students. So how should we understand a student-led effort emerging from a sense of racial alienation?

The I, Too, Am Harvard campaign is driven by a politics of recognition, not resources. In my 2011 book Sister Citizen, I show that people from marginal social groups desire recognition for their group, and they also want recognition of their individuality. Many African-Americans bristle at the idea of color blindness, because it makes race irrelevant to identity. At the same time, black people do not want to be reduced to their racial identity alone. W.E.B. Du Bois explained the feeling of being reduced to a category, asking, “How does it feel to be a problem?”

These students are not arguing that Harvard has failed to invest adequate resources; they are revealing that as black students they are routinely “misrecognized” and subjected to micro-aggressions, such as presumptions about having lower intelligence, which diminish their ability to act as full citizens of the Harvard community. This struggle is not limited to a single Cambridge campus. It is also at the heart of an ongoing debate about the meaning of racial politics in the Obama era, initiated most recently by the April 7 cover story of New York magazine, “The Color of His Presidency.”

Written by Jonathan Chait, the piece asserts that if you “set out to write a social history of the Obama years, one that captured the day-to-day experience of political life, you would find that race has saturated everything as perhaps never before.” Chait defines this racial saturation of political life as the effect of the Obama presidency on debates between white liberals and white conservatives. He points to dueling paranoias about racism and racial innocence that infuse every policy conversation and media moment. Chait’s argument is not wholly inaccurate: he offers evidence that white elites indeed talk more about race in the Obama era. However, any claim that race as a framework for political and policy debates emerged in 2008 must necessarily rest on ignoring black political life. This is nothing new. Gone are black people from the “day-to-day experience of political life.”

Writing in Slate, Jamelle Bouie argues that Chait’s piece renders black politics invisible and racial politics “a story of mutual grievance between Americans on the left and right, with little interest in the lived experiences of racism from black Americans and other people of color. It’s a story, in other words, that treats race as an intellectual exercise—a low-stakes cocktail party argument between white liberals and white conservatives over their respective racial innocence.”

In an interview with Chait on my MSNBC show, I later argued that a story of white racial attitudes is valid, but that it hardly counts as a robust description of American political life. To tell the story of race in America, black people must be included as agents, not just as subjects. Chait indicated that both Bouie and I were missing the point, and that we were asking him to write about an entirely different topic.

It is difficult to watch a smart, prominent political writer nonchalantly erase black people from the story of American political life. It’s even more difficult to read his hopeful assertion that “the passing from the scene of the nation’s first black president in three years, and the near-certain election of its 44th nonblack one, will likely ease the mutual suspicion.” Maybe Chait is right that with the end of the Obama years, the primary political framework of black people will subside into obscurity for white Americans, but that should be interrogated, not celebrated.

When writers erase blackness from the political discourse, they violate the right of recognition that black Americans share alongside our white counterparts. The consequences extend beyond a violation of democratic norms. Misrecognition has material consequences. The deaths of Trayvon Martin and Jordan Davis are eminent examples. Martin, wearing a hoodie, is misrecognized as a criminal; Davis, listening to loud hip-hop, as an assailant. When not seen accurately by their fellow citizens, black people can pay with their lives.

Perhaps this is what Ta-Nehisi Coates means when he writes in The Atlantic, “For black people, this conversation is not an abstract thought experiment or merely a stimulating debate, after which we may repair to our lounges and exchange quips over martinis…. These are our lives. When you are black, no matter how prosperous, the war is right outside your door—around the corner, a phone call away, at a family reunion.”