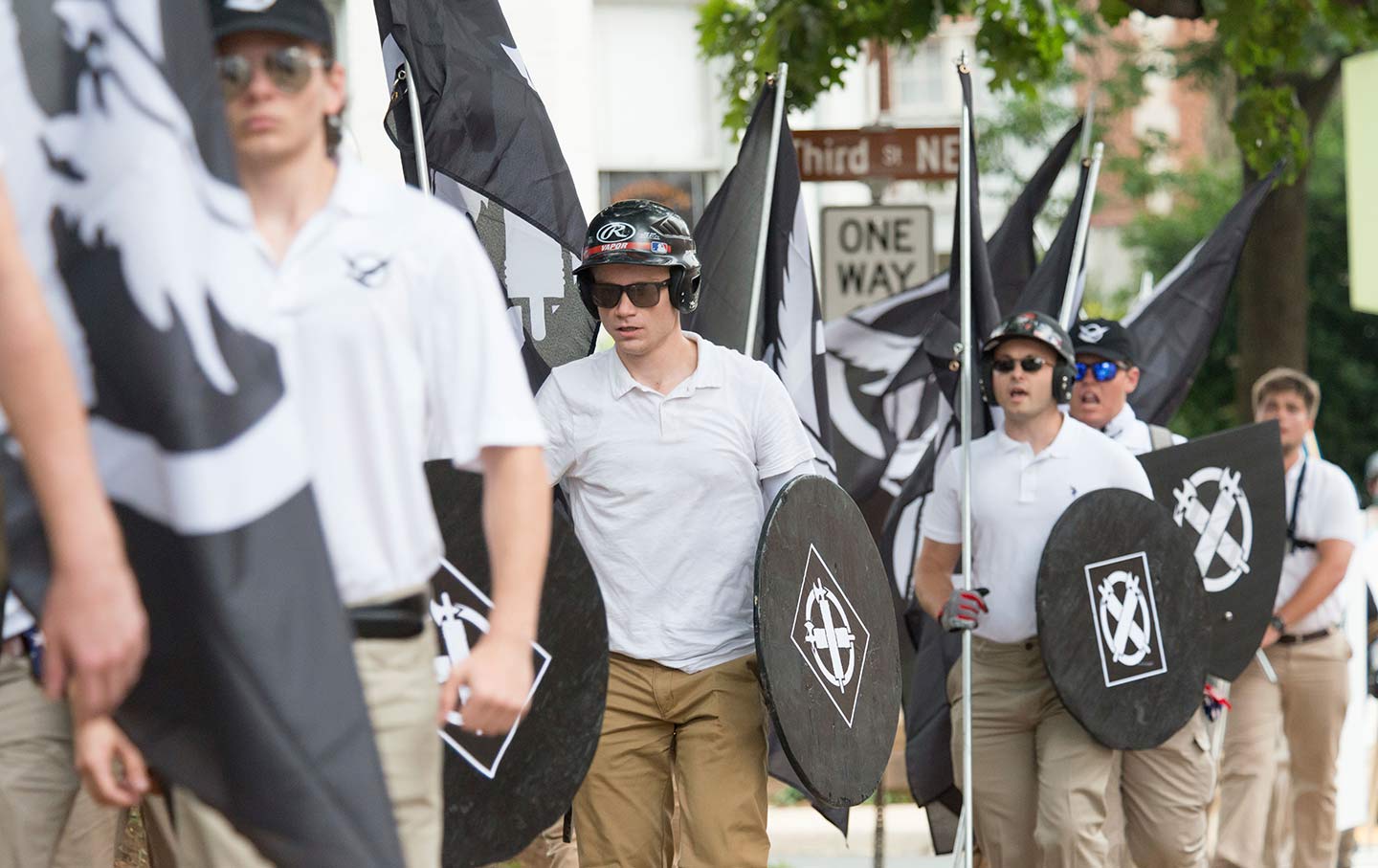 The white nationalists who marched in Charlottesville use the Confederacy as a symbol of white supremacy, says award-winning historian Eric Foner. Is Donald Trump a neo-Confederate? To call him that suggests he has coherent ideas—which clearly he does not. He does know that these kinds of people are part of his political base—as he made clear on Tuesday in his defense of the white-nationalist demonstrators in Charlottesville.1

Also: if you understand golf, you understand Trump. Golf is a game for “successful greedheads and their wannabes,” says legendary sportswriter Robert Lipsyte. It’s a waste of space and water, and it poisons local aquifers with chemicals. And it represents all that is retrograde and exclusionary in American life. Lipsyte asks, Doesn’t that remind you of our president?2

Plus: The FBI raid on Paul Manafort’s house shows that Robert Mueller’s investigation of the Trump campaign’s collusion with Russia has entered a more aggressive phase. Manafort could become a “cooperating witness,” providing testimony against Trump and his family in exchange for immunity. Bob Dreyfuss reports.3

Bob Dreyfuss: How Paul Manafort Could Bring Down Trump5

Subscribe on iTunes, Stitcher, and SoundCloud for new episodes each Thursday. Start Making Sense is hosted by Jon Wiener and co-produced by the Los Angeles Review of Books.6