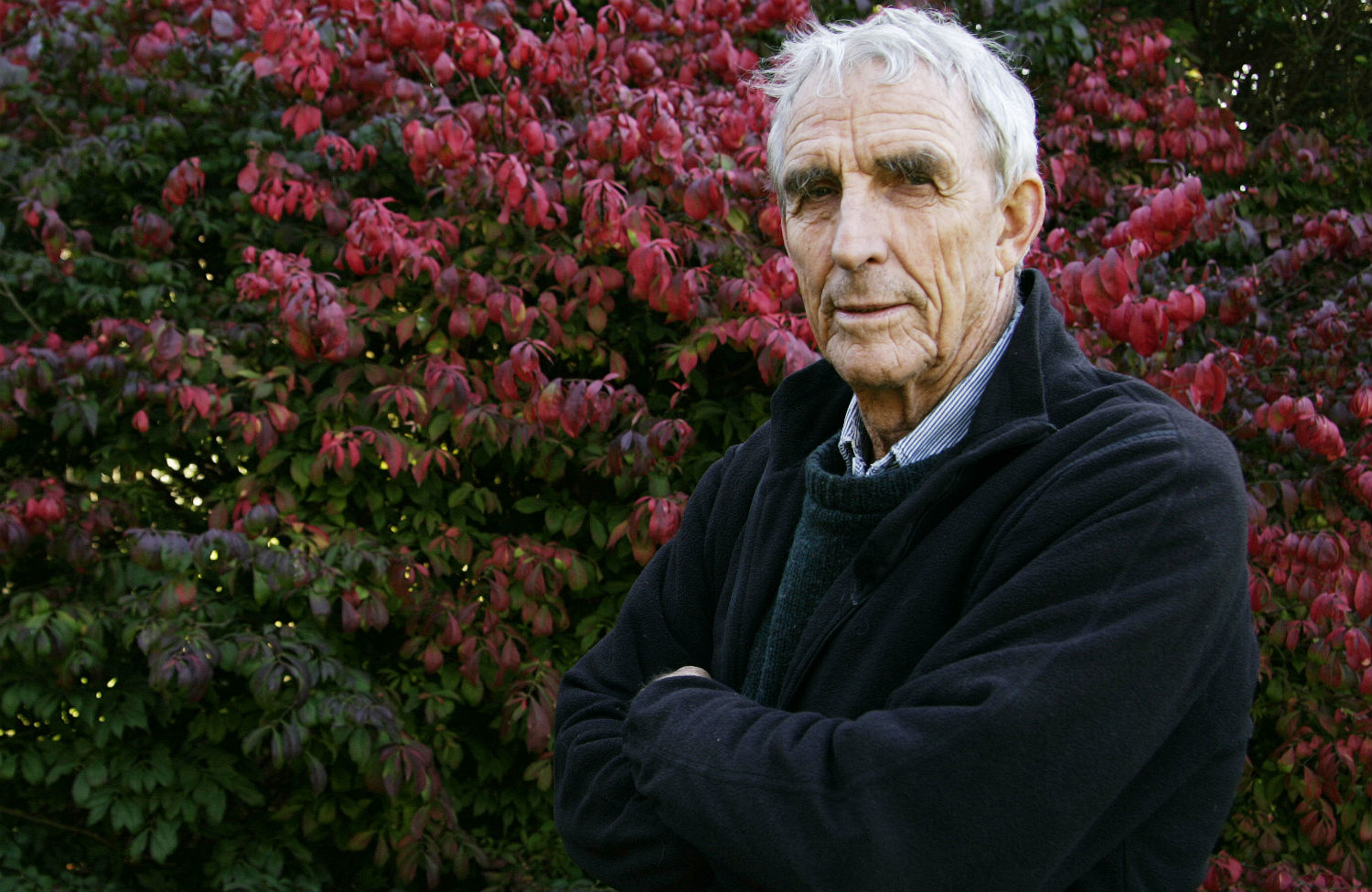 Writer Peter Matthiessen in the yard of his house in Sagaponack, NY. (AP Photo/Ed Betz)

Peter Matthiessen, the legendary writer who died April 5, had one of his most important books withdrawn from publication for seven years as a result of attacks by government officials and the cowardice of his publisher, Viking Penguin.

It's a story overlooked in many of the obits. Published in 1983, In The Spirit of Crazy Horse provided a passionate and solidly documented account of the events that culminated in a 1975 gun battle on the Pine Ridge Reservation in South Dakota between FBI agents and members of the American Indian Movement (AIM) that left two agents and one Indian dead. The book also described the miserable history of government treatment of Native Americans in South Dakota.

The New York Times Book Review called In the Spirit of Crazy Horse  “one of those rare books that permanently change one’s consciousness.” The Washington Post called it “extraordinary,” “complex,” and “powerful.” The Los Angeles Times called it  "A giant of a book…indescribably touching, extraordinarily intelligent."

In the trial following the shootout, Leonard Peltier, an Ojibwa-Sioux AIM activist, was convicted of murdering the agents; now 69, he is serving consecutive life sentences at a federal penitentiary in Florida. Matthiessen’s book presented compelling evidence that Peltier was innocent.  Others agree; Amnesty International, among others, has called for his release.

Shortly after the book’s publication, South Dakota’s governor, William Janklow, filed a libel suit against Matthiessen and his publisher, Viking Press, seeking $24 million in damages. He said the book was defamatory because it portrayed him as “a racist and a bigot.” An FBI agent involved in the case, David Price, filed a second suit for $25 million, claiming he too had been defamed when the book portrayed him as “corrupt and vicious” in his treatment of Indians on the reservation.

Viking Penguin didn’t wait for a judgment against them before taking action against Matthiessen. The publisher responded to the lawsuits by destroying the copies of the book it had in its warehouse and taking it out of print.

The libel cases were finally thrown out of court in 1990. ''Speech about government and its officers, about how well or badly they carry out their duties, lies at the very heart of the First Amendment,” declared Judge Diana E. Murphy of the US district court in Minneapolis. “It is this form of speech which the framers of the Bill of Rights were most anxious to protect. Criticism of government is entitled to the maximum protection of the First Amendment.''

Viking at last reissued the book as a Penguin paperback in 1991. In the meantime, the strongest and most eloquent case for Peltier’s innocence, and one of Matthiessen’s greatest books, had been kept from the public—for seven years.

Matthiessen was “horrified and indignant” over the destruction of his books, his wife Maria told me. “I did not agree to the destruction of my books,” Matthiessen himself told me in a 1993 interview for The Nation. “I didn’t know about it. They never should have withdrawn the book in the first place.”