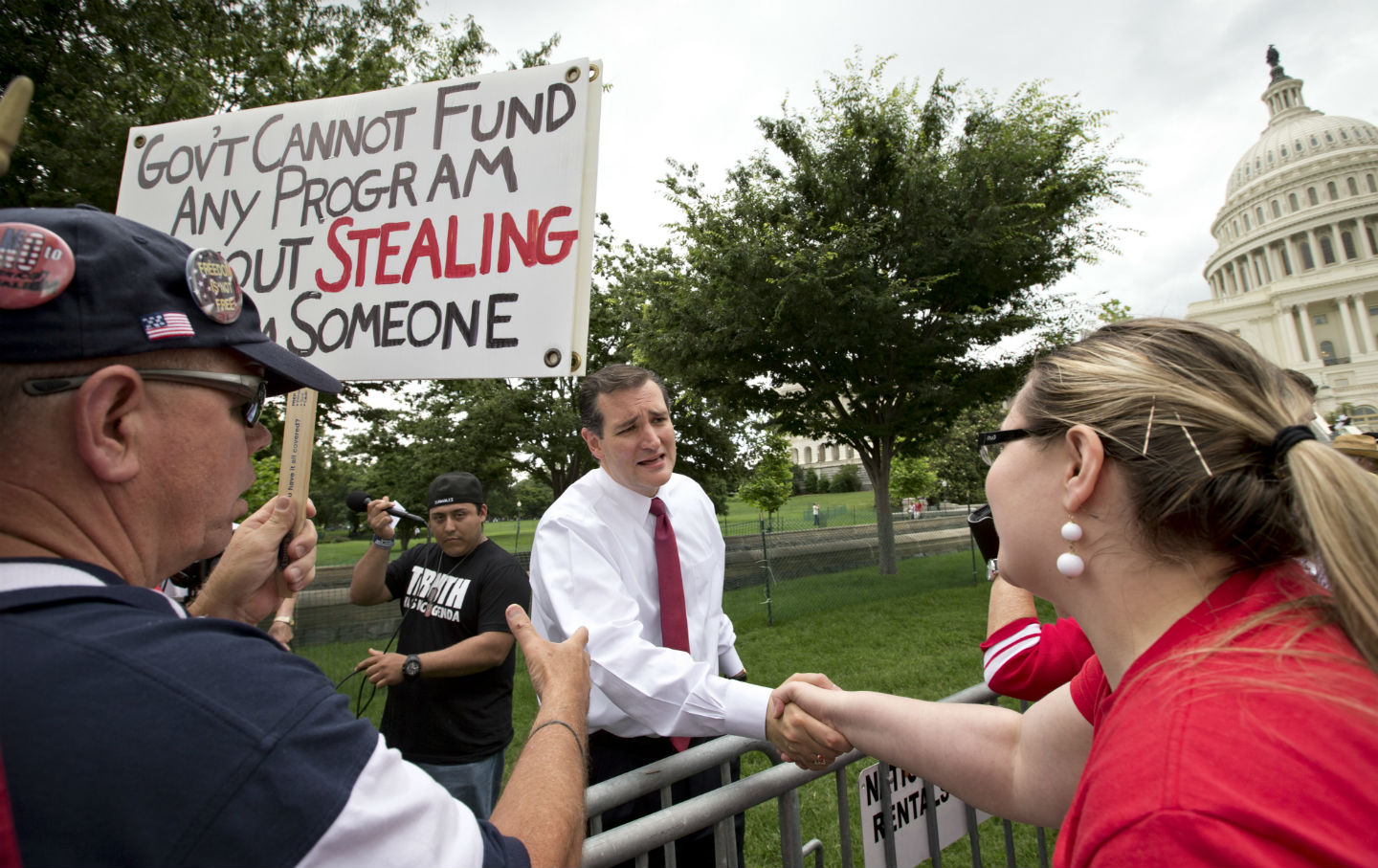 The case of King v. Burwell may have been the last legitimate chance to disable the Affordable Care Act. So the Supreme Court’s 6-3 decision in favor of the administration, with only the conservative rump of the Court dissenting in amusingly strident terms, should leave conservatives despondent.

But that’s not quite the case, at least not for many conservatives elected to Congress. If King v. Burwell had gone the other way and wiped out health-insurance subsidies for millions of people in 34 states, the Republican Party—which had been cheering on this lawsuit—would have largely owned the damage. Moreover, Republican members of Congress would have faced enormous pressure to fix the problem.

GOPers rail against ruling, but privately are relieved. If court had struck subsidies down, Rs would have been the dogs that caught the car.

Indeed, Representative Paul Ryan was reportedly seen smiling after the ruling, and one Republican member told MSNBC “that fight could have killed us.”

GOP presidential candidates are likely happy to avoid that mess as well—and keep Obamacare intact as the Ultimate Evil they are running to defeat, while highlighting the importance of more conservatives on the Supreme Court. (Chief Justice John Roberts is quickly becoming a conservative bête noire, and one candidate’s brother happened to have nominated him, but that’s a story for another day.

But almost to a person, the major GOP presidential candidates used the decision to focus conservative voters on 2016. Scott Walker tweeted: “We need real leadership in Washington, and Congress needs to repeal and replace #ObamaCare.”

Jeb Bush issued a statement: “As President of the United States, I would make fixing our broken health care system one of my top priorities. I will work with Congress to repeal and replace this flawed law with conservative reforms that empower consumers with more choices and control over their health care decisions.”

Marco Rubio told CNN: “I remain committed to repealing this bad law and replacing it with my consumer-centered plan that puts patients and families back in control of their health care decisions.”

But that’s not the entire story. There are plenty of Republican members of Congress who were no doubt genuinely upset that King v. Burwell didn’t go the other way—conservative ideologues who ran for Congress because of a deep antipathy for the healthcare law. (Representative Dave Brat, the Tea Party insurgent who knocked off Eric Cantor, described himself as “stunned.”)

And as always, this split will continue to trouble the GOP. The hard-core members still have ample opportunity to use real leverage to disable or hurt the Affordable Care Act. At some point this year, Congress will have to pass government spending bills—and there is considerable conservative activism around using the process, which only requires 50 Senate votes, to defund significant parts of the law.

Some more moderate senators are already urging caution, and openly saying the GOP is better served by waiting until 2016 to take on Obamacare. But if the hard-core members, and the base they represent, not to mention ambitious renegades like Ted Cruz, force the GOP’s hand, that dog might start nibbling at the bumper again within a matter of months.