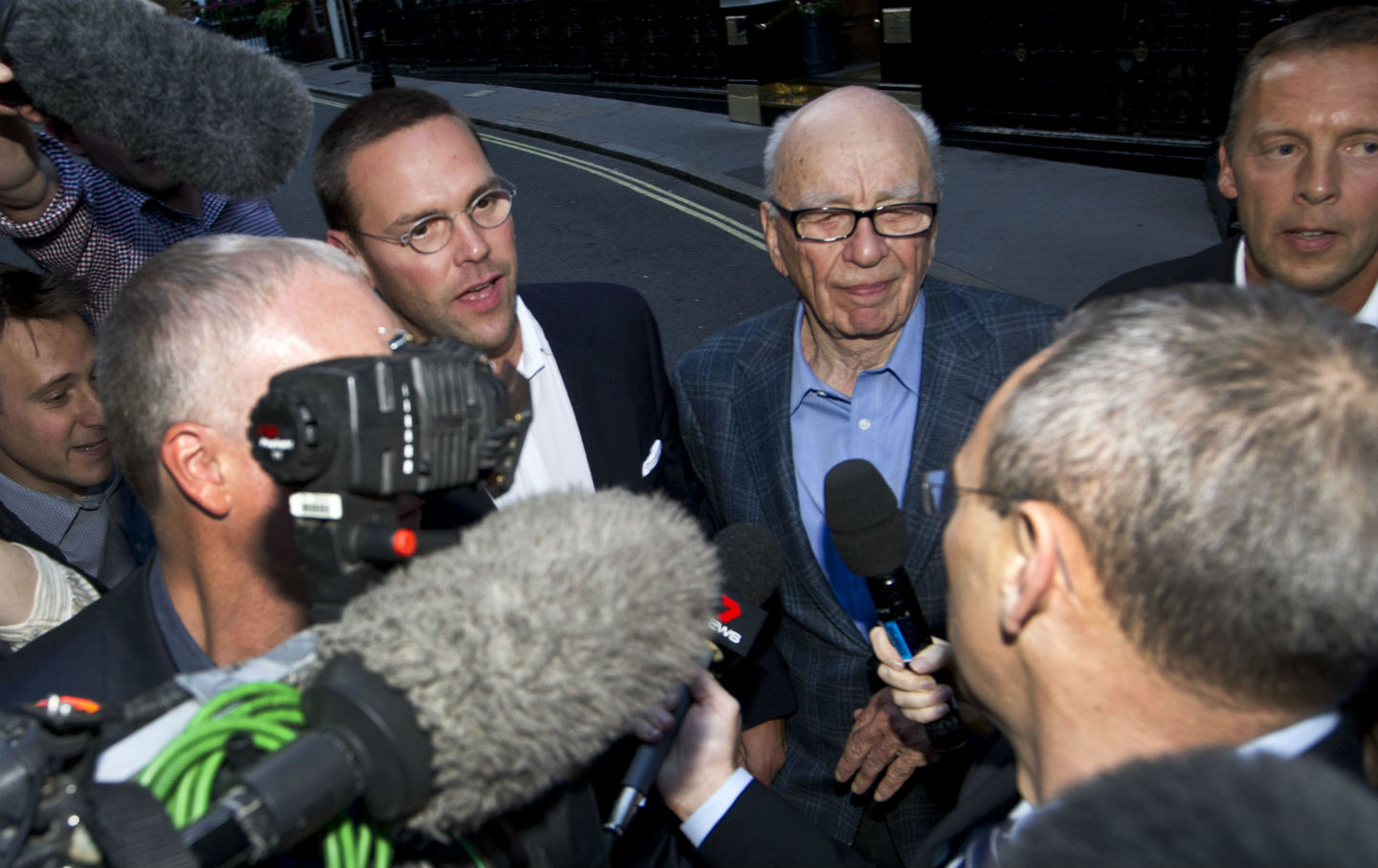 Many of us on the left have long harbored a fantasy about Fox News, and for a moment this week it seemed it just might come true.

The fantasy goes something like this: Media mogul Rupert Murdoch will one day hand real control of his empire to his somewhat more liberal (or at least not rabidly conservative) sons. Then, for reasons personal and/or political, they will demote, defang, or dump Fox News chief Roger Ailes, master conjurer of right-wing resentment and generalissimo of the Republican Party. Without the brilliant bad boy at the helm, we’ll come to know a kinder, gentler Fox, conservative but conscientious, tabloid but truer to the facts. All that Fox talent, on air and off, will drop their daily rage performances or self-deport.

I know, I know, that’s not going to happen. But with headlines this week, like “Roger Ailes Burned By Murdoch Sons In Fox News Power Shift” or “Fox News as we know it may be screwed,” you couldn’t help but hope.

What triggered such dreams was the announcement last week that, effective July 1, the 84-year-old Rupert will step down as CEO of 21st Century Fox, the parent company of Fox News, and hand the reins to his son James, 42. His oldest son, Lachlan, 43, will also be promoted, to executive co-chair of the company, a title he’ll share with Rupert himself. Some sort of succession plan has long been expected, so on its own, none of this was earth shattering.

But then, on June 11, Fox Business Network reported that, the brothers’ ascension notwithstanding, Roger Ailes will be “reporting directly to Rupert Murdoch.”

“This was, apparently, news to Rupert,” veteran Ailes-watcher Gabriel Sherman writes in New York magazine. Because five days later, a 21st Century Fox spokesperson told The Hollywood Reporter that no, like everyone else, “Roger will report to Lachlan and James but will continue his unique and long-standing relationship with Rupert.” (In yet another example of how willful thinking shapes Fox fact-checking, the “news” that Ailes would report directly to Rupert was planted by Ailes himself, according to Sherman’s source.)

No doubt Ailes’s unique relationship with Rupert will continue, and word that he’ll have to first run things by James and Lachlan may be a meaningless formality, a way to save the Murdoch clan’s face.

But for Fox News’s parent company to publicly contradict Ailes is a rare humiliation for the 75-year-old former adman for Nixon and GHW Bush. It’s “effectively a demotion,” says Sherman (who wrote the book on Ailes), and possibly worse:

For much of the past 15 years, Roger Ailes has operated with virtual impunity inside Rupert Murdoch’s media empire. Nothing, it seemed, could induce Murdoch to rebuke Ailes publicly, even if Ailes forced Murdoch to choose between him and his sons. Such was Ailes’s power that he has been able to run a right-wing political operation under the auspices of a news channel.

This week, for the first time, there are signs that this remarkable era may be entering its twilight.…

According to sources, the fact that Fox’s ratings held steady during Ailes’s leave of absence last year over a health scare has given the Murdochs confidence that Fox could endure in the post-Ailes era. It’s an era that now seems to be closer.

Ailes has often forced Murdoch to choose between him and his sons. When Lachlan worked in New York as deputy COO of the Fox broadcast group, he and Ailes had such vicious power struggles that, in 2005, he stunned his father by quitting and retreating to Australia. Rupert enticed him back into the family business just last year.

The clashes between Ailes and Lachan (who has called himself conservative, though he’s not nearly as partisan as his father) appear to have been more about office politics than the nation’s.

But arguments with James have been, and could be in the future, closer to the kind you’d see on Hannity. James is an environmentalist; he helped lead the campaign to make Murdoch’s News Corporation carbon neutral, even as Fox News has been the earth’s most effective climate change-denier. (News Corp., which owns The Wall Street Journal, and 21st Century Fox were part of the same company until 2013, when Murdoch split them up.) James has also donated between $1,000,000 and $5,000,000 to the Clinton Foundation, where his wife, Kathryn, once worked. As Media Matters points out, the Clinton Foundation “has been the target of a smear campaign by conservative media figures, including near-constant scandal-mongering on Fox News.”

Never one to hold back, Ailes has called James “Fredo” and, for not being able to contain the company’s phone-hacking scandals in the UK several years ago, a “fucking dope.”

So let’s play out the liberal fantasy: Will any of this make Fox a few shades bluer?

As long as Ailes stays in any capacity, almost certainly not. Ailes boasted recently that his contract, up for renewal in 2016, will sail through, because he holds the key to Rupert’s political ambitions. “‘Rupert is going to need me to elect the next president,’ Ailes is said to have told an associate,” writes Sherman. He’s noted that Ailes is leaning toward Scott Walker. Which makes sense. The Wisconsin governor is highly experienced at union-busting, a skill close to Rupert’s and Roger’s hearts.

But regardless of whom Ailes has to report to, or whether he retires early, or whether the Murdoch boys manage to bruise his ego, it’s safe to say that Fox News will not become a tamer version of itself any time soon. The brand is baked in; Bill Shine and other Ailes enforcers have the formula for changing fear and resentment into money. Fox News is hugely successful—netting $1 billion annually, “nearly 20 percent of 21st Century Fox’s total profits last year”—and it’s populated with enough Obama-, Hillary- and lib-hating true believers to forever thwart my fantasy.

But then, who knows? Maybe James and Lachlan will learn how to transform their own, substantial resentments into billions, too.