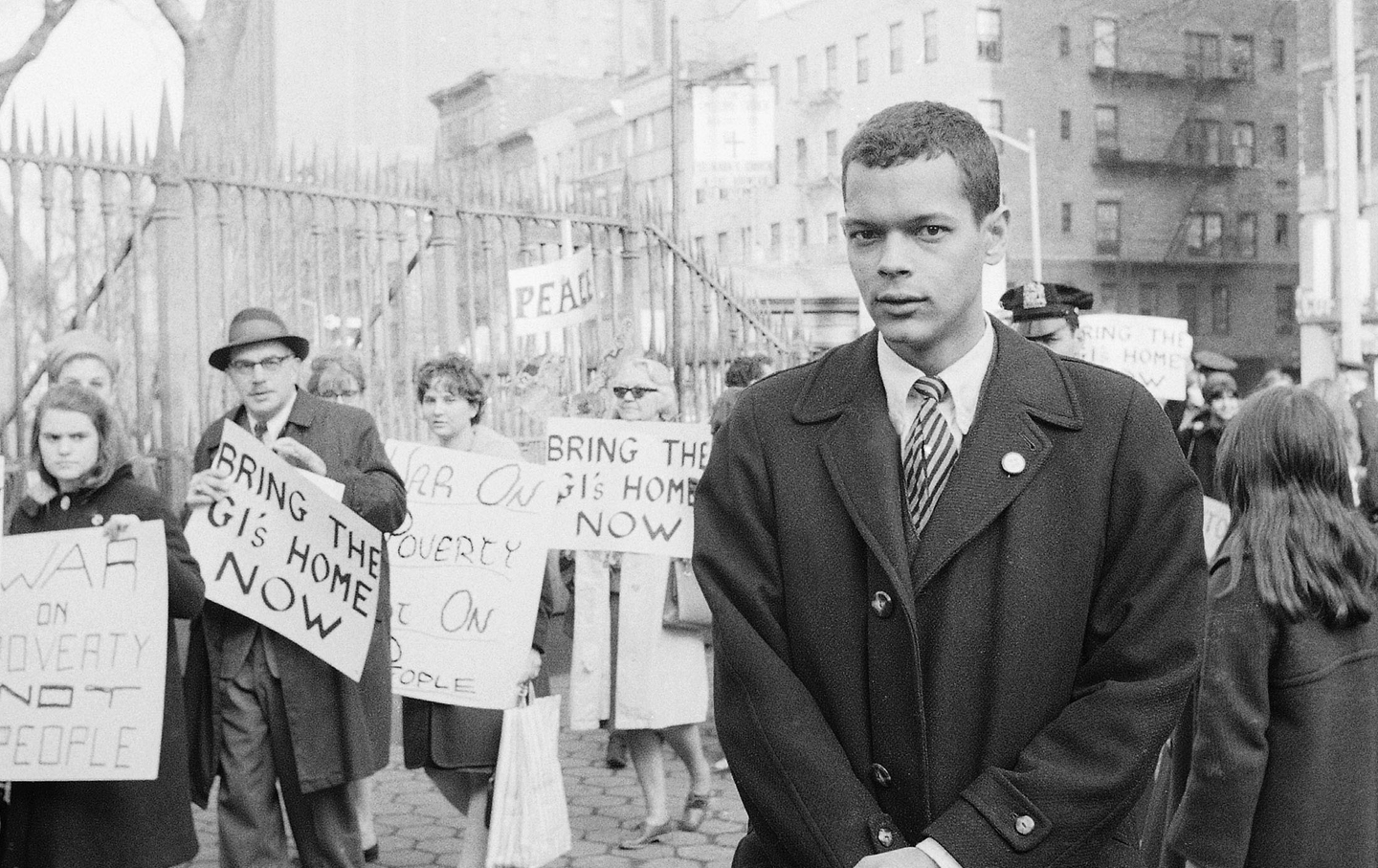 Julian Bond, pictured here at 26, watches as people stream into the St. Mark's Church-on-the-Bouwerie to hear him speak at the end of a peace rally and march in 1966. (AP Photo/Marty Lederhandler)

His lecture on the Montgomery bus boycott spanned three class periods. Professor Julian Bond traced the origins and development of the boycott, in the hours and days after Rosa Parks’ arrest. Character by character, he detailed the various people who came together to turn Parks’ bus stand into a movement in Montgomery and how they sustained that effort for 382 days.

"I am a hopeless optimist; I always believe things will work out." — Julian Bond

On Saturday night, August 15, Julian Bond died after a brief illness. The 75-year-old civil rights leader had been a founding member of the Student Nonviolent Coordinating Committee (SNCC), whose courageous direct action changed the systems of racial inequality in voting, jobs, schools, and public services in the South. Elected to the Georgia state legislature in 1965 , Bond was then denied his seat because of his opposition to the Vietnam War, fought and won it back twice, and served for twenty years, first in the House and then in the Senate. Continuing his commitment to social justice, he served as the first president of the Southern Poverty Law Center and as chairman of the NAACP. And for the past 25 years, he had also been a professor at Williams College, Drexel University, the University of Pennsylvania, Harvard University, American University, and the University of Virginia.

Julian Bond was a titan of social justice leadership and a lifelong freedom fighter. But alongside that persevering voice for justice, one of his greatest gifts was that of a teacher and movement intellectual. To teach about the movement was a further way to carry it forward to a new generation — and he thrilled to this. When I was an undergraduate, I had the great good fortune to take his class on the civil rights movement, and then a few years later to serve as one of his teaching assistants for that class. For over two decades, he has been an extraordinary mentor and friend. A year ago we talked about the possibility of doing a book from those classroom teachings, but he wanted to work less, not more. His death feels ground-shifting and enormous — and so to honor that legacy, here are five things he taught me.

Carrying on that tradition, Julian Bond mentored others. Like Ella Baker with her mask, Julian Bond was not a fair-weather mentor. He didn’t just write a blurb or letter of introduction — either of which would have been an incredible honor. He was a movement mentor, understanding what it takes to help someone find her voice. He spent years with me agitating for scholarly access to Rosa Parks’ papers (which have finally now opened at the Library of Congress), co-authoring an op-ed with me, making calls, sending letters, making more calls. He came to one of my early bookstore talks (even though he’d read the entire book months before) and then decided the NAACP board needed to hear this expanded story of Rosa Parks’ lifetime of activism and arranged for a talk. No question was too small or insignificant; he would email right back with advice or thoughts on ways to proceed and often sent notes of encouragement and delight.

Julian Bond’s generosity was epic. Over the past twenty four hours, the Internet has filled with stories of the countless other activists and scholars, community leaders and students he inspired and aided in their efforts to press for social justice and tell this history. And the responsibility he leaves us to continue the struggle for justice is epic too. In one e-mail, as I grew discouraged by what seemed the futility of our efforts, he wrote, cajoling me onward, “I am a hopeless optimist; I always believe things will work out.” Rest in power, Julian Bond. Your lessons continue.