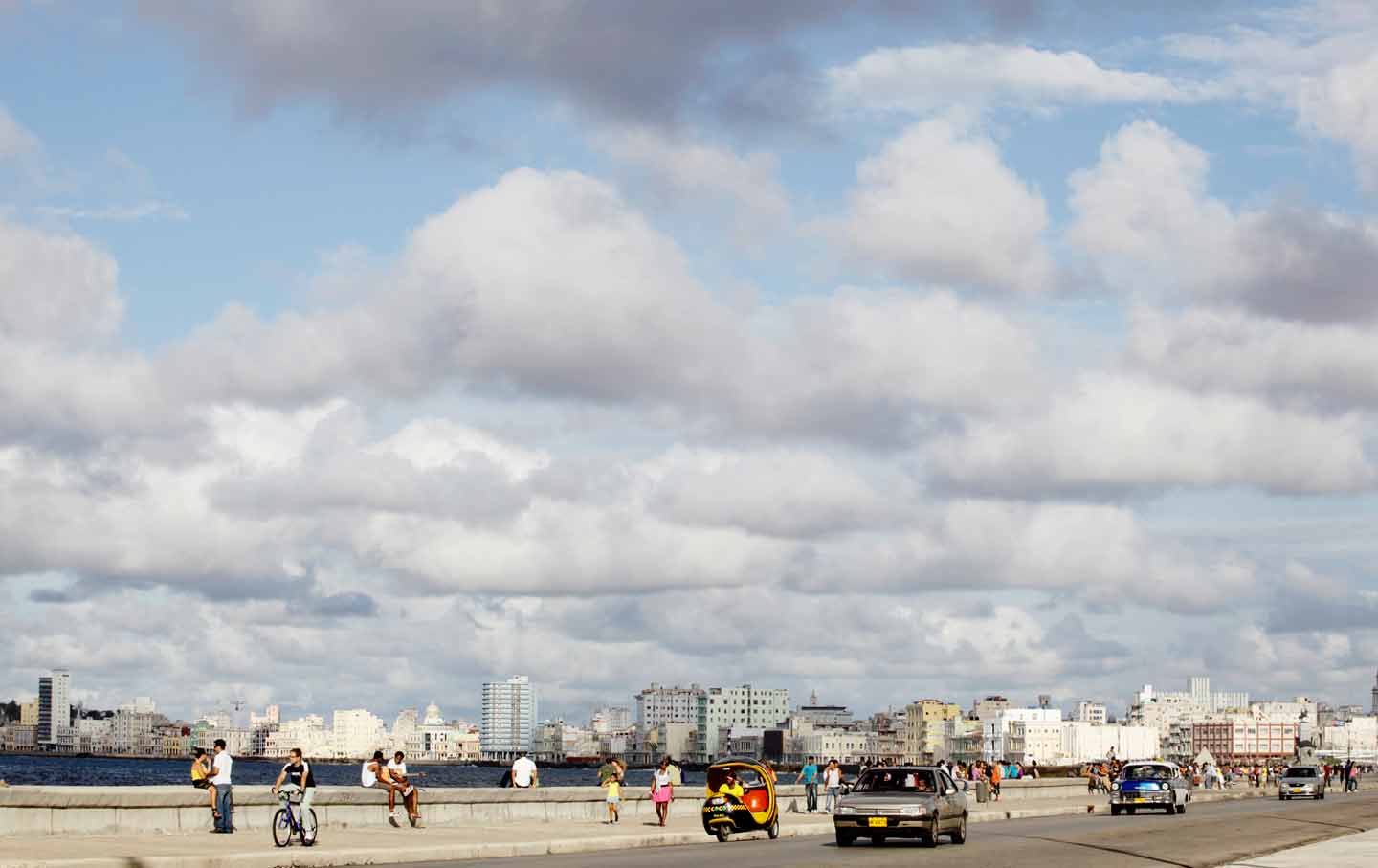 In late January, the Obama administration announced that it would remove a number of impediments to trade with Cuba by lifting restrictions on the American financing of exports, relaxing limits on shipping goods, and further loosening the constraints on travel. These and other measures have come in the wake of a major policy change announced by President Obama in late 2014. Normalization—the decision to restore diplomatic ties with Cuba—was welcomed enthusiastically by policy-makers on both sides of the Florida Straits as the beginning of the end of an archaic isolation strategy with roots in a now-defunct Cold War. Although the US economic blockade of Cuba remains in place, these increased ties could provide the impetus for winning congressional support to end it.

When I spoke with ordinary Cubans at the time of Obama’s initial announcement, they were much more ambivalent about the proposed changes. “We have to make sure that this is not another Pact of Zanjón,” said an older Afro-Cuban woman, referring to the capitulation of the Cuban Liberation Army to the Spanish colonizers after the Ten Years’ War for independence ended in 1878. Many Cubans were concerned to see how the changes would affect their everyday lives, and surmised that there would be drawbacks as well as benefits.

One year on, several changes have followed the restoration of diplomatic relations. During 2015, the number of American tourists visiting the island (excluding Cuban-Americans) rose by 77 percent. To accommodate this surge, the Cuban Tourism Ministry is giving contracts to luxury developers and investors to build five-star hotels, resorts, and golf courses. Over the past year, the Cuban government has received senior US officials, heads of industry, and executives from corporations like Google to discuss possible trade deals and investment opportunities. These initiatives build on the reforms that have already been under way in Cuba for the past several years, including the legalization of small private enterprises, a new law allowing direct investment by foreigners, and a series of export-oriented projects.

Cubans are now divided on whether they think normalization is a good thing for Cuba. A younger generation desiring greater economic opportunities, as well as entrepreneurs, small-business owners, artists, and others well-placed to reap the benefits from visiting delegations, tourism, and foreign investment, have welcomed the changes. But many of the older Cubans I spoke with—particularly those who work in the state sector of the economy for fixed salaries, which average 640 pesos a month (about $28), as well as others who have little access to remittances or tourist dollars—now seemed to believe more firmly that normalization will have a negative impact on the country. Older Cubans specifically mentioned rising income inequality as a key concern.

When I first visited Cuba 18 years ago, the country was still reeling from the collapse of the Soviet Union, its main trading partner, which resulted in the loss of 73 percent of its international trade. The ration stores were empty, and there weren’t many options for eating out other than a few state-run restaurants. In response to the transportation crisis, drivers were required to pick up hitchhikers at major intersections (a law that was enforced by the police), and Cubans crammed into bulky pink steel vehicles constructed out of 18-wheeler semis, dubbed camellos (camels) for the humps in back and in front. Local popular-music venues like the jazz club La Zorra y el Cuervo and the Casa de la Música in Miramar were frequented almost entirely by foreign tourists.

Today, middle-class areas like Vedado host a lively scene of Cuban-owned and Cuban-patronized restaurants known as paladares, and it can be hard to get even a weeknight reservation at an upscale paladar like Starbien. On a main thoroughfare called Reina in Central Havana, there are many small businesses, such as a bridal-photography store decked out with elaborately dressed mannequins in the windows. The store is owned by a local woman who started it with her profits from sex work. Meanwhile, rural Cubans in search of economic opportunities are migrating en masse to the urban areas, where they barely eke out an existence in the impoverished working-class barrios and crowded illegal settlements on the outskirts of the city. Whereas all Cubans, from janitors to brain surgeons, once earned similar salaries, in 2014 the government used the revenue from overseas medical missions to raise the salaries of some local medical professionals to as much as 1,600 pesos a month, while workers in some productive state companies and cooperatives can earn as much as 2,000 pesos, depending on the company’s earnings.

The growing divide between the haves and the have-nots precedes the recent opening with the United States, but some Cubans feel that the specter of what is to come—an onslaught of American tourists, trade deals with American corporations, free-trade zones, and foreign control of Cuban enterprises—will exacerbate inequality in a way that may become irreversible. This division is also racialized, with Afro-Cubans having less access to remittances and jobs in the tourist sector, poorer-quality housing that is harder to rent to tourists, and a lack of start-up capital for small businesses. As one Cuban antiracism activist put it, “Will Netflix and Coke negotiate business deals with people in the barrios?”

One retired university professor told me that she saw normalization as leading to the demise of the socialist system. The state-controlled economy didn’t work without Soviet subsidies, she acknowledged. But market reforms and trade deals with US corporations would threaten the system of socialized healthcare, education, and welfare that all Cubans—especially the poorest—depend on.

Others expressed concern that Cuba was trading its relative independence in the post-Soviet era for a neocolonial relationship with the United States. Cuban diplomat José Viera referred to a widely circulated 19th-century image of Cuba as a fruit hanging from the Spanish tree. At some point, it was predicted, this fruit would ripen and fall into the lap of the Americans. For some Cubans, Viera added, that moment is now.

One evening in late January, I stopped by La Zorra y el Cuervo to see Roberto Fonseca and his Latin jazz band. The small, intimate club on the downtown strip of La Rampa was packed, and bouncers had to turn away a long line of people waiting at the entrance. During the show, Fonseca addressed his audience in Spanish and invited them to tap out familiar rhythms and join in humming some well-known Cuban melodies. When a Cuban singer took the stage, she sang an old Cuban bolero, “Lágrimas Negras” (Black Tears), and soon had the audience—which included both Cubans and many returning migrants—singing along with her. There was a bittersweetness to their words, which seemed to invoke Cuba’s dilemma today:

I go with you, beloved,
Although it costs me my life….
A gardener of love plants a flower and leaves.
Another comes and cultivates it.
To which of the two does it belong?