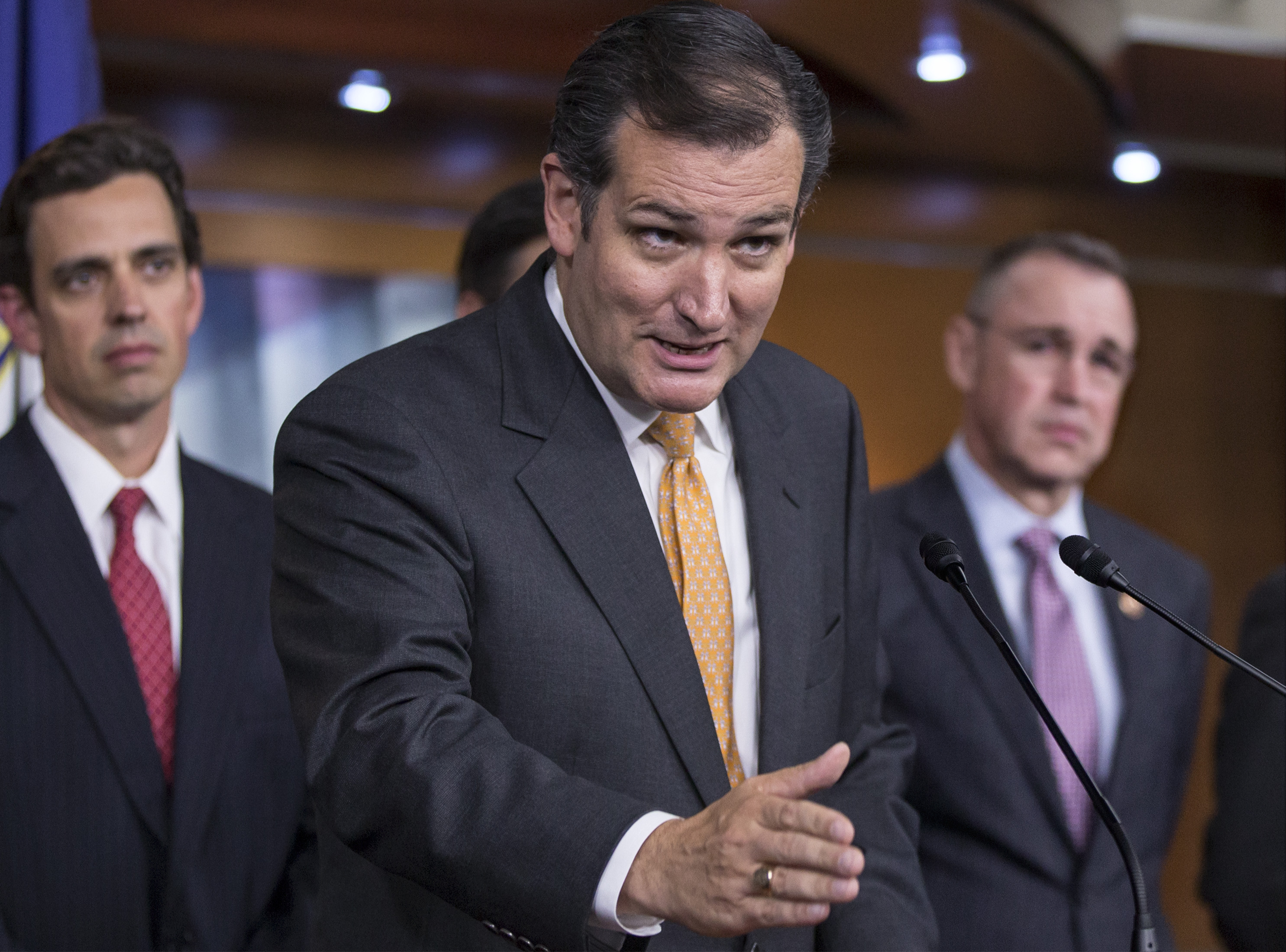 In the same manner that Susan Sontag once acknowledged that the 9/11 terrorists were not, in fact, cowards, it is time to admit that Ted Cruz is not as craven as he seems. A fraud, a wacko bird, a fool, an amateur, Jim DeMint without the charm—yes, all the names his fellow Republicans are calling the senator from Texas bear the sting of truth. But you have to give the man this: he has the courage of his convictions and the nerve to use a diversity of tactics to advance them.

Cruz, who keeps a sign once favored by Ronald Reagan that says It Can Be Done in his office, is best understood not as a statesman seeking to build a legislative record but as a right-wing ideological activist working to change the terms of debate. “I’m convinced there is a new paradigm in politics—the rise of the grassroots,” he told National Review’s Robert Costa. “And on Obamacare, I’ve said from the start, that if typical Washington rules apply, we can’t win this fight…. The only way this fight will be won is if the American people rise up and hold our elected officials accountable.”

In the short-term calculation, Cruz was disastrously wrong; no populist revolt against Obamacare was in the making. In fact, his theatrics cost the Republicans a chance to score easy points against the bungled rollout of HealthCare.gov, as John McCain testily pointed out on CNN. In the medium view, his insurrection escalated a long-simmering feud between the Tea Party and the GOP establishment into an all-out civil war that will convulse the party through at least the midterm elections. But in the largest sense, his strategy is working. As George Packer pointed out in The New Yorker, the government that emerged from sixteen days of a shutdown was dealt a thousand paper cuts, as already overloaded and underfunded agencies became even less efficient, less responsive to the needs of ordinary citizens. Meanwhile, another round of budget cuts and another debt ceiling showdown loom, and Cruz, for one, has already pledged to shut down the government again.

This is bad news for the Democratic Party, whose response to the Tea Party’s histrionics has been to seek the sensible center, playing the soporific role of pragmatic, compromise-seeking adult technocrats. As long as a majority of the GOP is hell-bent on breaking bad, this identity positions the Democrats as contrast winners. But put in the context of historic and rising inequality, shrinking government budgets, unabated unemployment and foreclosure crises, and crumbling schools and roads, Democrats start to look like management consultants in cheap suits brought in to wind down the American empire.

And here’s where Cruz has two things right: the ordinary Washington rules no longer apply, and it will take a people’s insurrection—not Beltway business as usual—to fix what’s broke. But in contrast to Cruz, President Obama has consistently used the shutdown to draw unnecessary distinctions between governance and activism of any sort. At a press conference one day after the shutdown ended, he advised the political class to “stop focusing on the lobbyists and the bloggers and the talking heads on radio and the professional activists who profit from conflict,” as if activists and bloggers from both sides of the aisle were equally responsible for the fiasco. And on October 8, he drew a clumsy analogy between the Tea Party and striking workers:

“When you’re at the plant and you’re in the middle of your job, do you ever say to your boss, ‘You know what, unless I get a raise right now and more vacation pay, I’m going to just shut down the plant’…. How do you think that would go?… There’s nothing wrong with asking for a raise or asking for more time off. But you can’t burn down the plant or your office if you don’t get your way.”

Um, how exactly does the president think the American working class shrank inequality and got a bigger share of the economy, pensions, healthcare and job security during the postwar boom? By asking their bosses really, really nicely? No—they shut it down. From 1947 to 1974, years of unprecedented shared prosperity, more than 41 million American workers engaged in over 8,000 work stoppages to improve their labor conditions. They used tactics like boycotts, working-to-rule, slowdowns and other withdrawals of efficiency; although, notwithstanding Obama’s equation of striking with arson, they did not light any actual factory fires.

That reference was one of the president’s few mentions of workers in recent weeks, which is, frankly, disturbing. Obama now says he wants to focus on things that Republicans and Democrats can find common ground on: immigration (laudable), deficit reduction (deplorable) and a farm bill (uh, OK). But jobs and the economy? That case has been left to be made of late by the party’s bête noire, Ralph Nader, who in a recent column excoriated the Democrats for inaction on raising the federal minimum wage. And it’s another Green Party politician, Mayor Gayle McLaughlin of Richmond, California, who is using the government power of eminent domain to seize underwater mortgages of local citizens in danger of losing their homes.

Meanwhile, the political spectrum has shifted such that the president’s legacy rests on the fate of a Heritage Foundation–conceived, Mitt Romney–tested healthcare plan. Maybe the administration will resurrect Steve Jobs in time to engineer a flawless exchange website, but the damage to its brand—based as it is on technocratic efficiency—has been done. When Republicans aren’t busy bickering among themselves, they’re hatching plans to further discredit Obamacare, including a potential congressional hearing on the website’s failures. Democrats should, of course, push back against the GOP’s lies and sabotage, but is it too much to ask that at least one Democrat in Congress use this occasion to make the obvious point that a single-payer system would have been simpler and better? I know what a left-wing version of Ted Cruz would do.