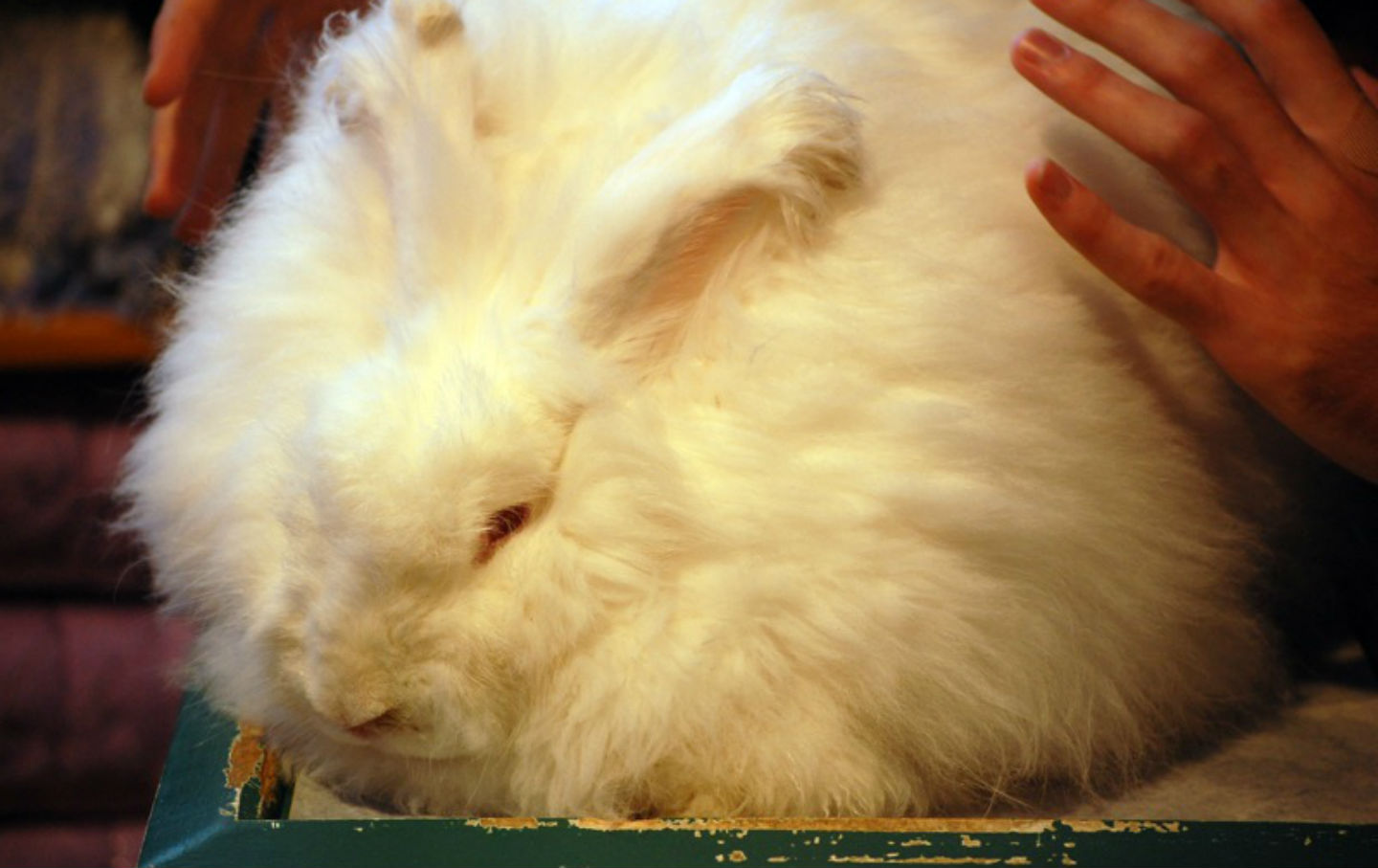 The “Anti-Terrorism Act”— serious scare quotes on that one—that is being discussed in Canada is touted as a counterterrorism measure prompted by the shooting of a soldier in Ottawa. Activists and civil liberties advocates have recognized it for what it really is: a bill to quell dissent and grow the surveillance state, as evidenced in this piece discussing the impact that "security" measures have already had on environmental and indigenous activists.

Non-compete agreements are typically reserved for high-skilled employees, to prevent trade secrets from being passed to competitors. But the online retail giant Amazon is now forcing some of its seasonal warehouse workers to sign contracts with noncompete clauses—which prevent them from working in the warehouses of Amazon competitors.

Everybody can sit down because the National Center for Transgender Equality (NCTE) just won April Fools’ Day. In a deliciously snarky response to a proposed bill in Florida that would make it illegal for transgender people to use public bathrooms, the NCTE has opened a laboratory to create “transgender people who do not need to pee.” NCTE’s statement not only reveals the absurdity of the Single-Sex Public Facilities Act, but also follows in the rich tradition of the LGBT community using humor as the antidote for hate.

“Iranian VP works for change from within,” by Sahar Namazikhah. Al-Monitor, March 30, 2015.

Shahindokht Molaverdi—scholar, activist and youngest member of the Iranian administration—offers insight into working for women’s rights from within. Molaverdi embodies a rare balance that enables her to enjoy the support and occasional criticism of both religious and secular groups. When asked for her assessment of global conditions for women after attending Beijing+20, Molaverdi emphasized the important yet oft-forgotten point that, “in each country, progress and challenges are related to internal and regional conditions” that uniquely shape the type and direction of change.

The Internet has radically altered lived experience. While the unprecedented level of interconnectedness that has been achieved may lead one to think that society is moving toward a higher mode of social organization, this transformative new medium may have the unintended consequence of leading individuals into further isolation. Laing explores whether or not true intimacy is possible in the modern world.

This piece written for the Media Co-op, a grassroots media outlet in Canada, illustrates what it’s like to participate in a mass movement. Right now, the anti-austerity movement is growing in Quebec and people are taking over the streets almost daily. “With every launch of a tear gas canister, they produce a thousand moments that will become shared history. Shared history becomes shared destiny, and shared resolve. In a word: solidarity.

I fell for the Internet really hard today when I entered the "alien country" that is the competitive world of lethargic angora rabbits. "They are basically already sweaters," Mooallem writes. "Not just because they’re mostly wool, with that ludicrous shag frothing out of their nonphysiques; it’s their total passivity, the way they allow themselves to be handled or arranged on a table, just so, like those sea creatures that, incapable of self-propulsion, get joggled along by the tides." This is the first time I've seen a cute-clickbait slideshow paired with metaphors reminiscent of Melville, and I hope it's not the last.

Activist Sandy Boyer critiques De Blasio for his dependence on developers to deliver his promised affordable housing plan and for the mayor's unwillingness to firmly challenge 421a, one of the state's broken real estate tax credit programs. Boyer suggests that we need more funding—from the federal government and other sources—to facilitate a truly affordable housing plan. His critique may have benefited from greater discussion about what the city can do in the absence of such funding.

"Ellen Pao and the Sexism That You Can't Quite Prove," by Annie Lowery. Daily Intelligencer, March 30, 2015.

In a piece that got attention across social media, Lowery takes a look at the failed lawsuit of Ellen Pao, former employee at venture capital firm Kleiner, Perkins, Caulfield and Byers, and the subtle sexism that exists within the professional sphere. Lowery pinpoints that it wasn't just one thing that caused the sexism against Pao; it was several little things that exist in our culture and prevent women from rising through the ranks.