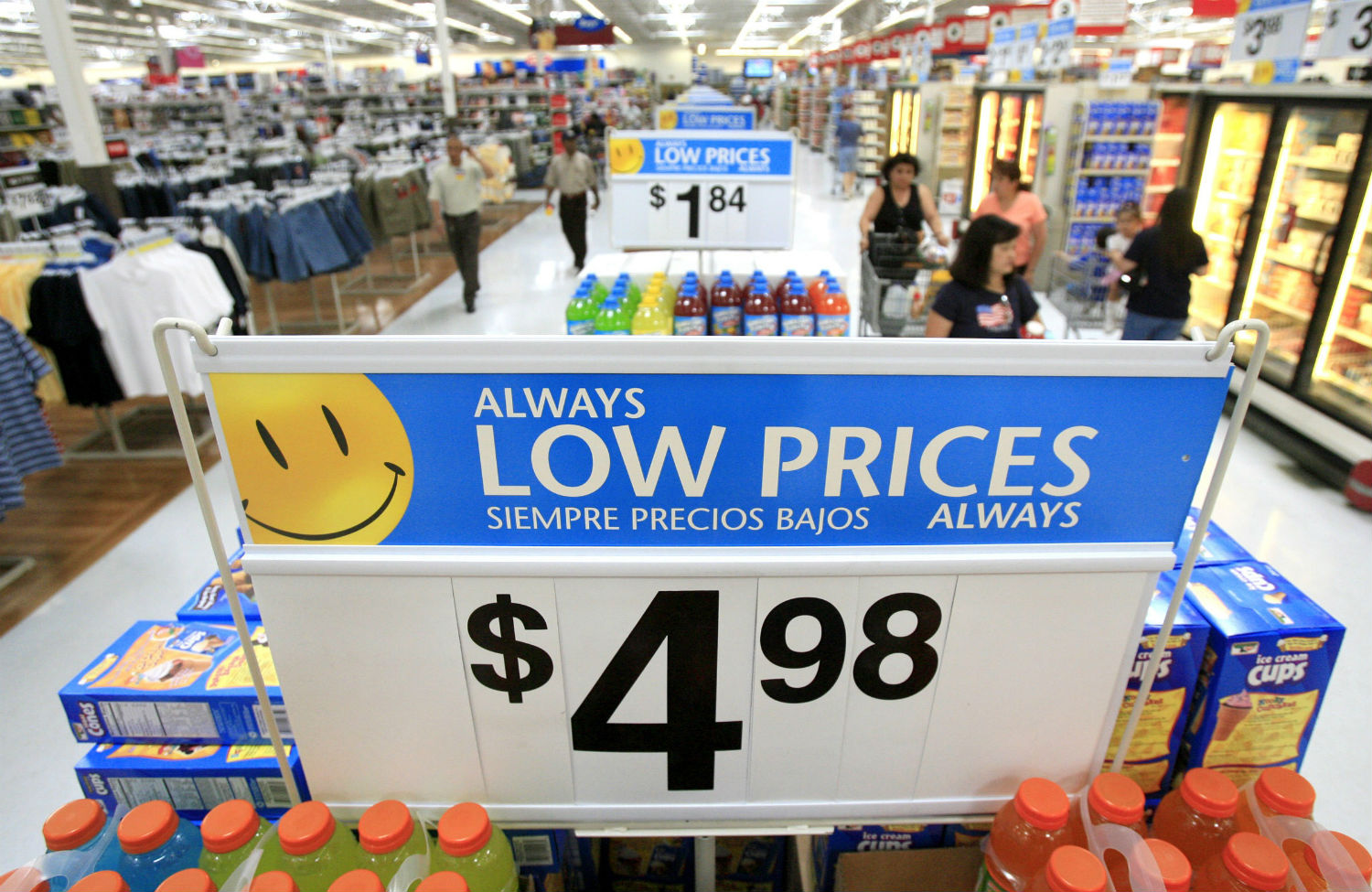 Rebecca Solnit reports on the intensifying conflict between lower-income San Francisco residents and the youngish Silicon Valley gentry who’ve been migrating to (read colonizing) their city over the past decade. My favorite anecdote describes an unofficial “Beddazzle a Tech Bus” competition, hosted by a Mission District blog. The winning design—theoretically intended to beautify the austere, white, window-tinted coaches that shuttle tech workers from SF to their lavish campuses down the peninsula—features a Google Street View photo of the Clarion Alley murals, a colorful palimpsest of radical iconography and slogans, painted by local artists and community groups. If Google actually adopts the design, the resulting bus will perfectly embody the Silicon Valley ethos: an elite neo-liberal project, benefiting a very tiny fraction of the population, cloaked in the cosmetic trappings of countercultural rebellion. Get off the bus indeed.

As antigovernment protests in Venezuela capture the world’s attention, Mike Gonzalez provides a wonderful socialist take on the situation for Jacobin. For Gonzalez, there are many reasons that the protests have erupted. The objects of the protesters’ aggression demonstrate the obvious class character of the demonstrations: protesters have burned some of Venezuela’s new buses, attacked Cuban medical personnel in the country and have attempted to invade Bolivarian University, which provides free higher education to the poor. However, to focus solely on the sharp class divides in Venezuela is to miss the bigger picture. To the dissatisfaction of many, rampant corruption, speculation and inflation have wrecked Venezuela’s economy. The new Venezuelan bureaucratic class, “wearing the obligatory red shirt and cap of Chavismo,” are much to blame for this situation. They are “the speculators and owners of this new and failing economy,” writes Gonzalez, and they have enriched themselves while “institutions of popular power have largely withered on the vine.” Gonzalez’s solution is to deepen the Bolivarian revolution. This would require the dismissal of corrupt bureaucrats, the removal of speculators and expansion of participatory democracy. Sounds like a good strategy, and not just for Venezuela!

A fascinating book published several years ago by historian Nelson Lichtenstein introduced me to the complex and bizarre ideological apparatus behind Walmart: the corporation employs incredibly sophisticated strategies of social and emotional manipulation. All corporations dabble in emotional manipulation in the realm of advertising, of course, but outsiders don’t always realize that workers are often subject to the same tactics. Josh Eidelson’s interview with Curtis DeBerg, which mentions Lichtenstein’s book (The Retail Revolution: How Wal-Mart Created a Brave New World of Business) expands our understanding of who is systematically manipulated by Walmart to include college students and teachers participating in the “enterpreneurship” competitions it quietly funds, even if the similarity between beleaguered business professors and actual employees can certainly be overstated. So can the uniqueness of Walmart—its practices are of course mirrored in kind, if not in scale, elsewhere.

“Why Study Philosophy? ‘To Challenge Your Own Point of View,’” interview with Rebecca Goldstein by Hope Reese. The Atlantic, February 27, 2014

I’m often disappointed by philosophers purporting to defend the field of philosophy and, inevitably, showcasing its frivolousness by harping on the importance of “knowing our place in the universe” and “debating the existence of free will”—not that these questions aren’t interesting. As emphasis is increasingly placed (by whom, even?) on the “practical education,” the study of philosophy seems more and more the residue left over from a more financially secure era. The Atlantic interviews philosopher Rebecca Goldstein, author of Plato at the Googleplex, whose vested interest is in preserving the integrity of her field. At many points in the interview, Goldstein appears to be an apologist, tossing off justifications for ethical studies only relevant to the bourgeoisie who sip tea with their pinkies out. But in arguing that “there’s a lot of philosophical progress, it’s just a progress that’s very hard to see. It’s very hard to see because we see with it,” Goldstein redeems ethics as a soil rich for fueling equal rights movements and activism.

For those interested in alternatives to the two-party system, a working understanding of the Working Families Party (WFP)—oft-mentioned on TheNation.com—is indispensable. Jaffe offers a comprehensive look at how the party got started, its impacts across the country and its nimble tactics. The WFP’s work within and around fusion voting systems and its blurring of formal and informal political institutions offer many lessons learned. For more on emerging political parties check out Andy Kroll’s recent Mother Jones feature on Minnesota’s Democratic Farmer Labor Party and look into the rise of Net parties.

Social media users have become an important force in popular organizing and information-sharing, but can they also successfully organize to mediate their own risk of promoting harmful misinformation? That risk was evident with the Boston bomber witch hunt on Reddit last year, and this piece in Global Voices—a site that itself builds many stories around social media reactions—looks at responses to inaccurate citizen journalism on both sides of the tensions in Venezuela. It quotes a parody of a zealous tweep: “It was a terrible picture: a police officer with a black uniform that I had never seen in Venezuela mistreating a student in a street that clearly wasn’t here…. I couldn’t resist, I had to retweet and share it with the world.” But the piece also offers hope for learning and dialogue, noting efforts—many by fellow social-media users—to instruct and empower netizens with the principles of fact-based reporting.

In the age of the quants, the reach of quantitative data spreads far. Here, in Peter Dörrie’s piece on political forecaster and academic Jay Ulfelder, it is being used to predict coups. Ulfelder’s data analysis has been pretty impressive, with Mali, the Central African Republic and Sudan all making it on to Ulfelder’s list before conflicts there broke out.

The role of statistical analysis and forecasting models has had a growing influence on political science, at times set antagonistically against on-the-ground interpretation of issues. Quantitative data is important, but how much of a role should it have in how we understand and study the world? In this case, it’s important to remember that it’s one way of looking at conflict, not the way.

The problem with Republican governors pushing a “private option” Medicaid under the Affordable Care Act isn’t just political, it may also have a huge impact on how much funding health centers receive. Take Arkansas, which is using money from the federal government meant to expand Medicaid to place people on private plans instead (Utah and New Hampshire are considering doing the same). Doing so allows states and the politicians who run them to ideologically push back against expanding public programs, while still assisting lower-income citizens and boosting the private insurance sector. But there’s more than ideology on the line here: given that federal law requires higher reimbursements to health centers than what private insurers pay, health centers traditionally reliant on Medicaid reimbursements are seeing per patient funding slashed in half, threatening the overall strength and sustainability of the public healthcare system. (Pennsylvania and Iowa also use the “private option,” but require reimbursements at normal Medicaid rates.)

Economist Michael Metcalfe is pushing a seemingly implausible solution to worldwide chronic aid shortages: just print the money. At this you can almost hear some some crotchety undergraduate economics professor muttering to himself, “What nonsense… increasing the money supply like that would trigger inflation!” Not necessarily, Metcalfe argues, recall what happened when, in order to save the financial system, the central banks of the US, UK and Japan created $3.7 trillion out of thin air… Nothing, as it turned out; the general level of prices for goods and services in these economies did not skyrocket. So, Metcalfe asks, if we can defy the sanctity of the money supply to protect the financial assets of the global elite, then why not in the service of a more noble objective?

“The Bane and the Boon of For-Profit Colleges,” by Eduardo Porter. The New York Times, February 25, 2014