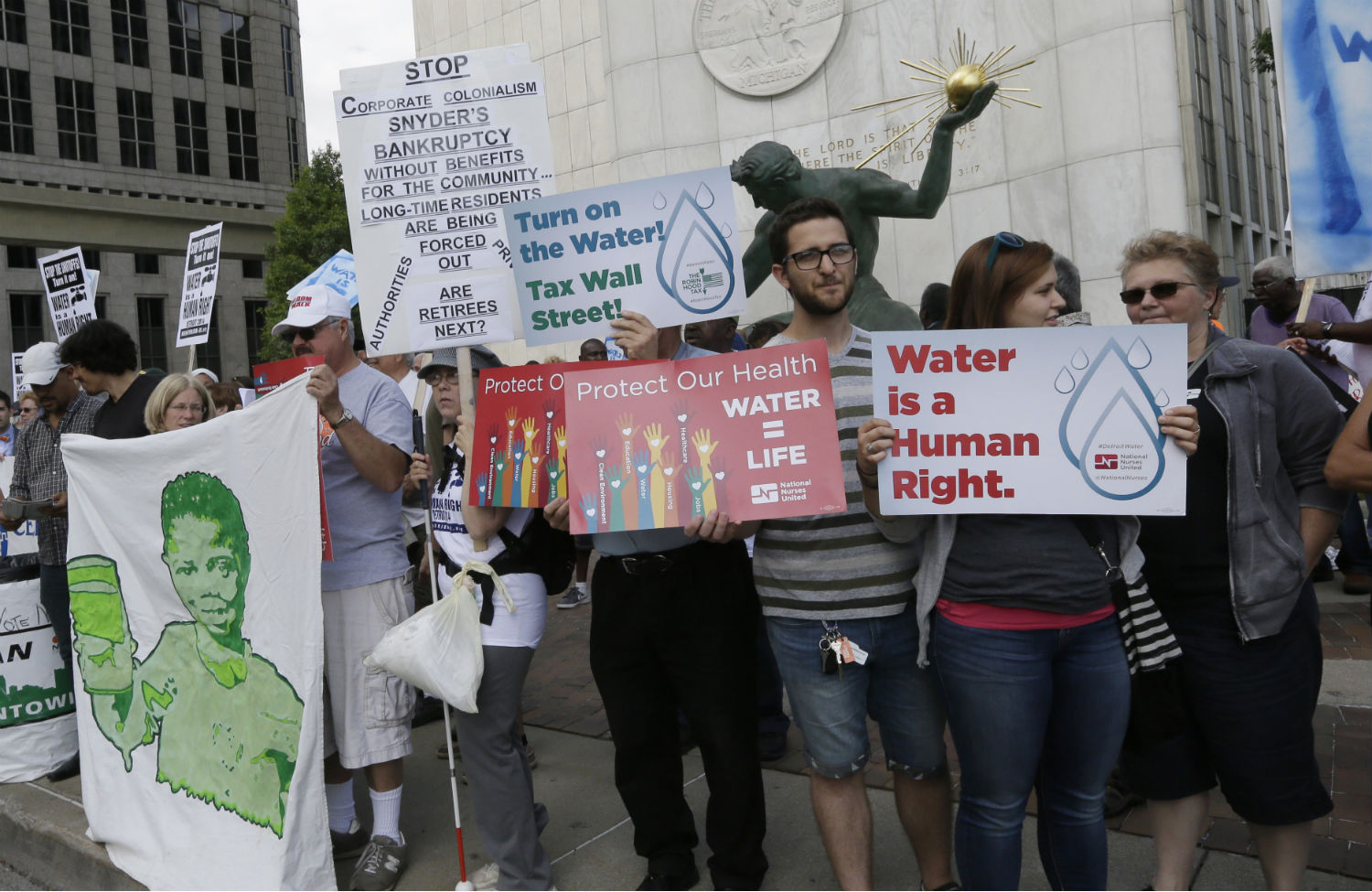 Rory Stewart walked across Afghanistan —the entire country, in 2002—from west to east. My first introduction to him was when I read his book about these travels, The Places in Between, a travelogue like no other. Here he reviews Anand Gopal's book, No Good Men Among the Living: America, the Taliban and the War Through Afghan Eyes. Gopal's book is important, for posterity, as it investigates serious lapses of Western involvement in Afghanistan, from horribly botched counter-terrorism operations to shoddy and suspect development work.

Rachel Riederer, an editor at Guernica, investigates the young but expanding private space sector. She questions the possibility of an expanding frontier, as a new bill—American Space Technology for Exploring Research Opportunities In Deep Space (ASTEROIDS)—aims to assert that the value of moon commodities is tied to entrepreneurship and not land ownership. Still, given the limited access to the private space sector (celebrity investors include Eric Schmitt), Riederer wonders if such unfettered frontiership is possible (if it ever was), and let lone anything resembling a lunar commons.

Ruth Padawer's New York Times Magazine article on trans men at women's colleges depressed me. With gem anecdotes like a white trans man running for multicultural affairs coordinator at Wellesley because "masculine-of-center students are a cultural minority," the piece left me wondering: is this extreme tunnel vision and lack of analysis what we've come to? But then I read Emma Caterine's sharp response at Feministing, and felt my feet on the ground again. Caterine makes two central points: one, men pushing back on women's space is an entitled expression of patriarchy. Two, it's particularly ridiculous to focus on the demand for increased men's space at a women's college when some women—trans women—are almost entirely excluded. Too often, big media coverage of a community outside the mainstream is taken as fact, and the talkback—likely truer to the voices of the community—gets ignored. I hope this post, and other responses to Padawer's article, prove to be the exception to the rule.

In the eleven months since rape allegations against Florida State's starting quarterback, Jameis Winston, surfaced, reporters have largely focused on how Tallahassee police and university officials bungled and impeded the sexual assault investigation. But in his column this week, Dan Wetzel pivots the conversation to show how the way the victim was treated by Florida State fans has made it significantly harder for other victims to go to the police. Wetzel is emphatic that he doesn't "know if Jameis Winston sexually assaulted the woman." But, he writes, absolutely nothing about the investigation is consistent with a false accusation, and the "woman who believes she was raped deserves" so much better than what she's endured. For other important pieces on the Winston investigation, see The New York Times's recent report on how football often trumps justice at Florida State and Michael Rosenberg's column on why we shouldn't conflate Winston's childish antics with a rape allegation.

In the midst of #FergusonOctober, last weekend saw reports of civil unrest, cars being flipped over, threats to police officers' lives and police crowd control including pepper spraying large groups of young people. Doesn't sound like the young nonviolent protestors in Ferguson, demonstrating peacefully against police brutality and Mike Brown's murder, you say? You'd be right. These rioters were drunken college students at Keene State College in New Hampshire. A major difference in the two situations is that the drunken rioters in New Hampshire were white, and the young people protesting in Ferguson are largely people of color. You probably don't need to be reminded that the police in Ferguson responded to demonstrators with tanks, stun grenades, pepper spray and SWAT teams. At Keene, these drunkards, despite their obvious violence and threat to public safety, including their repeated verbal threats against police, were merely pepper sprayed and subdued. Mass arrests did not follow the riots. In Ferguson, many nonviolent protestors, journalists and even municipal legislators were arrested and jailed while attempting to exercise their First Amendment protected right to free speech and free assembly. Brittney Cooper expounds on this lopsided and deadly difference in perceived and protected freedoms for white Americans and Americans of color. While black bodies are seen as dangerous in public space in the white supremacist racist imagination, drunk and violent whites in public space are unpoliced, both historically and today. Cooper says, "But what the events in Keene suggest is that white folks often test the bounds and limits of public decency and order with little long-term reprisal. There were some arrests, and some tear gas. But no dead bodies. No stigma about white anger. No come to Jesus meetings about White America’s problem children. No public discourse about these “menaces to society.&rdquo

Looking to get China off its coal addiction, Chinese authorities and business groups see fracking as the ultimate energy alternative. But this video production shows the terrible ecological and socioeconomic effects of fracking in rural China. Families have to deal with polluted water, and they're losing their land to fracking activities—pollution in China has indeed become a social-justice issue. "The Great Frack Foward" is an absolute must-watch that will help you understand the intersection of pollution and politics in the Asian giant.

Our (or at least my) knee-jerk instinct is to say surveillance is bad, right? Not necessarily, especially when it is being turned on those in power. This piece in The Kernel is a good introduction to some of the tools at our disposal to automatically keep an eye on our elected leaders. Some of the tools singled out include the Twitter bot @CongressEdits, which notes when a Wikipedia article is edited anonymously from the House of Representatives IP address; Politwoops, which sends out alerts when politicians delete tweets; and several other trackers put out by the Sunlight Foundation. However, "our digital watchdog overlords can only be as powerful as the people who give them life," writes Price. "And that’s where you come in."

This week, my pick is a reported piece from my colleague Laura Gottesdiener on the water crisis in Detroit, a massive human rights crisis that our national media is ignoring with as much zeal as President Obama. As a Canadian, I was clued into the story early when our neighbor-across-the-border reached out to the head of the Council of Canadians for emergency assistance. The Council, lead by Maude Barlow, got the U.N. involved—the right to sanitary water is a protected one. But since the summer, Detroit's "Emergency Manager" Kevyn Orr hasn't slowed the rate of shutoffs, even cutting off water access to a homeless shelter. Detroit is a city that is 80 percent Black and where 40 percent of residents live under the poverty line. It is often problematically referred to as "blighted" by the media, given that white residents and wealthier ones have long since moved away, depleting the city's revenue base and hence its capacity to provide services to remaining residents. But the truth is, the people of Detroit who have been deprived of their right to democratic self-governance and more broadly, self-determination, are resisting an assault on their persons and communities that has now arrived, literally, on the front step of their homes.

On the night of October 8, an off-duty police officer in St. Louis shot and killed Vonderrick Myers Jr. MSNBC.com National Reporter Trymaine Lee makes the case that this 18-year-old black man should not be ignored or shunned because he does not neatly fit to the construct of who is subjected to police brutality, since he might have been armed. Conflicting accounts emerged about Myers possessing a gun at the time of the altercation, but, as Lee points out, it should not matter if he possessed or fired a gun. Another young black person had died at the hands of a police officer. Police violence is unjust in any context regardless of whether the victim carried a gun. Even if Myers did, what can justify being shot seventeen times?

The week she turned 29, Tiffany Stanley became another year older, and one of the 1 million unpaid dementia caregivers between the ages of 18 and 29 living in the U.S. In this piece, Stanley navigates the world of those charged with the task of caring for the millions of elderly dementia patients through the lens of her own experience caring for her Aunt Jackie. She writes, "Although the 2014 federal budget included an increase of $122 million for Alzheimer's research, the largest hike ever, Congress's own advisory group has recommended that the federal government spend $2 billion." Clearly, there's still a long way to go for care of Alzheimer's and dementia patients, many of whom are described by nurses as having "nothing medically wrong with them" because rather than the care of registered nurses, they require adult day care—and devoted friends and family who care enough to support them.