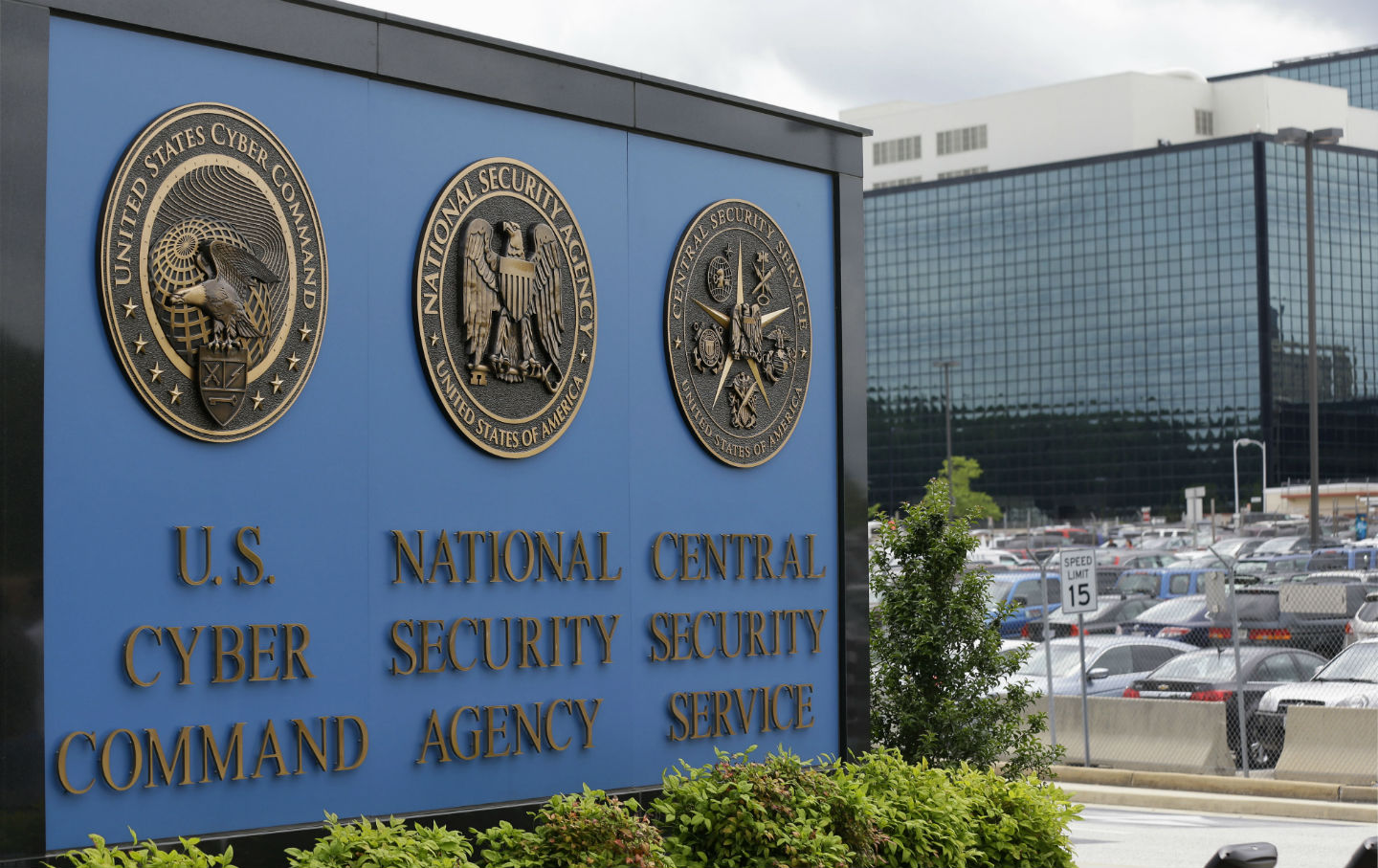 The Clinton political team is sputtering in righteous indignation over Russia’s supposed cyber attack on the Democratic National Committee and the leak of the DNC’s embarrassing e-mails. Their outrage was further inflamed by Donald Trump’s wicked suggestion that Czar Putin should do more of this mischievous hacking.

How dare Moscow tamper with our sacred elections in the home of the brave, land of the free! Republicans suspect Trump may have violated national-security laws. Perhaps the FBI should investigate.

Does anyone remember that America’s techno-spies at the National Security Agency were listening to German Chancellor Angela Merkel’s phone calls? Or that the CIA frequently interferes, sometimes quite brutally, in the politics of other nations? The agency says it no longer assassinates popular leaders it doesn’t like. But it still picks leaders for people in lesser countries—often tinpot dictators in uniforms—or wrecks their fragile economy if they resist.

Cyber espionage is a serious threat, no question. But who is the villain? When the US Treasury secretary pressured Beijing to stop its relentless invasions of US government and industry computers, the People’s Daily shoved back. Washington, it said, is the “real ‘hacking empire.’”

Many Americans will reflexively dismiss that assertion as Red China agitprop, but the Commies might have it right. When intelligence officers give the president his daily morning briefing, most of the information has been collected by our cyberspies at the NSA and CIA. “It’s at least 75 percent, and going up,” said Mike McConnell, director of national intelligence for George W. Bush (kudos to Michael Riley of Bloomberg for his smart reporting on this in 2013).

The “American exceptionalism” celebrated by warrior scholars and chicken-hawk politicians is exceptionally bogus.

America appears to be the United States of Hypocrisy. The so-called “American exceptionalism” celebrated by warrior scholars and chicken-hawk politicians is exceptionally bogus. It feeds the popular pretension of “injured innocence” that many people want to feel when hostile foreigners do terrible things to our side—whether to our people at home or our troops abroad.

That does not mean Americans are not better than our adversaries. We are, in many ways. It does mean US political judgments will forever be corrupted by false claims of innocence so long as Americans fail to acknowledge our contradictions. When people chant “USA! USA!” they are indulging in self-congratulations they did not earn.

Inflated patriotic fervor encourages self-pity and smothers honest thinking. If we are innocent and the other guy is evil, then we have no choice but to—as John McCain once flippantly remarked—bomb-bomb-bomb Iran, as we have certainly done with Iraq and Syria, again and again, with pitiful results. According to the Pentagon, the United States has flown more than 10,000 bombing runs against ISIS in Syria and Iraq, resulting in only a few dozen civilian casualties. But human-rights groups say the correct total is at least 500, and possibly many more. In the most recent such atrocity, airstrikes on a single village in Syria in July killed at least 74 civilians, most of them women and children. And civilian casualties are sure to grow, now that Washington has expanded its air war against ISIS to Libya. How do we compare that with terrorist attacks on us?

I was inspired to ponder these contradictions after reading a recent column in The Washington Post by David Ignatius. Ignatius is the CIA’s go-to guy at the Post. He has excellent sources. Important people read him for a reliable account of what the CIA is thinking, or at least what the CIA wants us to think.

Ignatius does not do exposés, like revealing secret CIA prisons and the agency’s legalistic sanctifying of torture. He would lose valuable sources if he did, and he’d lose his value to the CIA. When Edward Snowden released his stunning revelations about the NSA, Ignatius sniffed at the event. “What worries me is that Snowden is challenging the rule of law,” he wrote.

In another column, Ignatius wrote, “Let’s assume that (like me) you trust the government’s discretion with personal information.… We may trust the US government in the abstract, but the evidence suggests we can’t trust the malcontents and self-appointed do-gooders who may get security clearances.”

I remembered those earlier commentaries and was taken aback by his stark sense of urgency when he discussed the Russian cyber attack (if it was the Russians). Snowden scoffed at the alleged uncertainty. If Obama wants to know who did it, ask the NSA, because that agency definitely knows, Snowden tweeted.

Yet his high-level sources are really worried, Ignatius said. “What worries U.S. officials most is that given Russia’s demonstrated willingness to use covert action against its adversaries, it might secretly intervene just before the November election.… The American political system is an open and vulnerable target.”

Wait a minute. Who is trying to scare whom?  His column rankled, because Ignatius laid out his unattributed version of imagined fears without at least acknowledging that Washington possesses the same dirty capabilities and the same dirty history of sabotaging foreign elections for its own political purposes. No one need trust Putin or Trump to see that there’s something else going on here (as Trump likes to say ominously).

What’s going is that the United States and its neocon war hawks are flirting dangerously with the possibility of real war with Russia, as Michael Klare and Stephen Cohen have noted. As Ignatius certainly knows but most Americans may not, the United States was deeply involved in agitating for the overthrow of Ukraine’s corrupt and Russia-friendly president. The so-called Maidan Revolution succeeded: Ukraine is now governed by a corrupt and US-friendly president. And US taxpayers are on the hook.

In a healthy democracy, both parties would be debating the question. Why should we care who owns Ukraine? The answer may shock some innocent Americans. It’s about gaining a larger market for the US military-industrial complex. That is, recruiting more customers for the planes and other war-fighting equipment manufactured by US companies.

After all, that was the real reason for NATO expansion after the Cold War ended. Contrary to its assurances, Washington pushed hard to expand NATO membership eastward, right up to the Russia border. Former Soviet satellites were happy to join, though this was sure to be understood by struggling Russia as a hostile act. Putin’s aggressive posture was his response.

The true winners were Boeing, Lockheed Martin, Northrop Grumman, and other major arms makers. I know this because as a reporter I attended Washington issue forums where the US companies and their congressional lackeys laid out the arguments for expanding NATO. There was no plausible threat at the time to justify it; Russians were suffering through their horrendous post–Cold War depression.

Ukraine was not included in the initial NATO expansion because that country was such a mess at the time. But the ambition is alive and the current conflict has created a new rationale—the threat of war. The West must rescue Ukraine from the Russians!

American taxpayers will be stuck with the check if this gambit succeeds. Most of the new NATO members are too poor to buy the best American-made weapons, but they are part of the thriving second-hand market. Even then, the Pentagon has to provide bargain prices or lend the financing to many countries.

Does Ignatius know anything about this dirty politics? His column did acknowledge that when Hillary Clinton was secretary of state, she endorsed Russian dissidents running against the Putin regime in 2011 and 2012. Washington evidently thought meddling in that foreign election was a noble thing to do.

Editor’s note: This article has been corrected to indicate that the author’s reference regarding Ukraine is to the Maidan Revolution of 2014, not the earlier Orange Revolution.