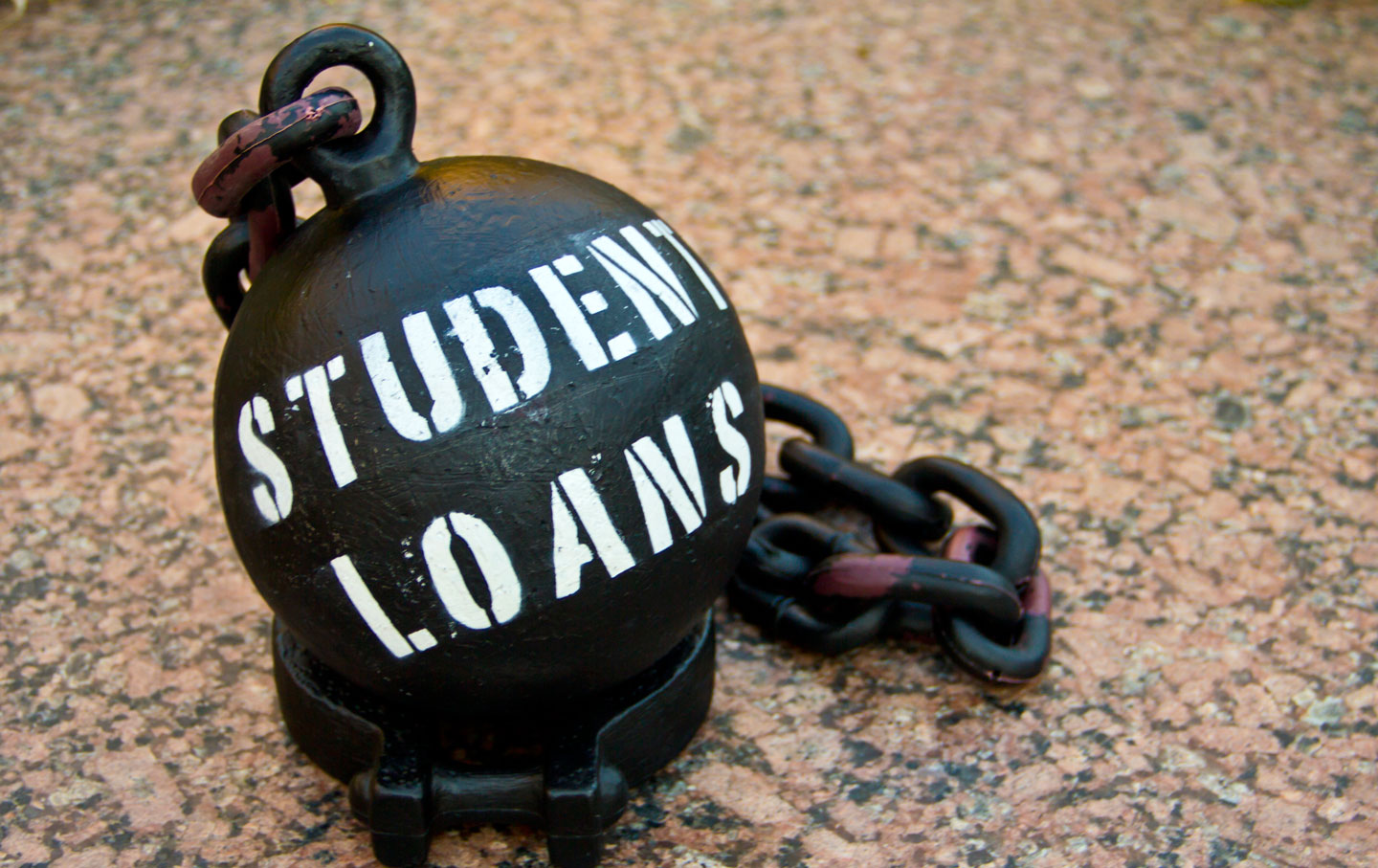 Americans now owe more than $1.3 trillion in student loan debt. With 40 million people burdened by this particularly intractable form of debt and the number growing, this crisis is out of control.

It doesn’t have to be this way. College costs have increased 1,000 percent since the 1970s. Just a few decades ago, you could pay for a public college education with a common summer job. Now, students are leaving school with an average of more than $25,000 in debt. Some have over $100,000.

This is a problem for all of us. Students burdened by debt struggle to make large purchases like homes or cars, dragging down the economy. Furthermore, debt makes it virtually impossible for many students to pursue indispensable careers that offer only modest paychecks, depriving society of potentially life-changing teachers and social workers.

To draw attention to the magnitude of this crisis, we partnered with Daily Kos, Working Families, the American Federation of Teachers and number of other organizations to call on our elected officials to forgive all student loan debt. Join us by signing onto the campaign.

The United States government already spends billions of dollars on higher education, including subsidies to predatory for-profit institutions with abysmal track records. Strike Debt put together a proposal to reallocate this money to make public higher education free for all.

Watch John Oliver detail the disturbing absurdities of our student loan crisis: debt that can’t be discharged in bankruptcy, for-profit colleges that prey on brain-damaged veterans and funding cuts so bad that a nursing program in North Carolina has a waiting list to get on its waiting list.