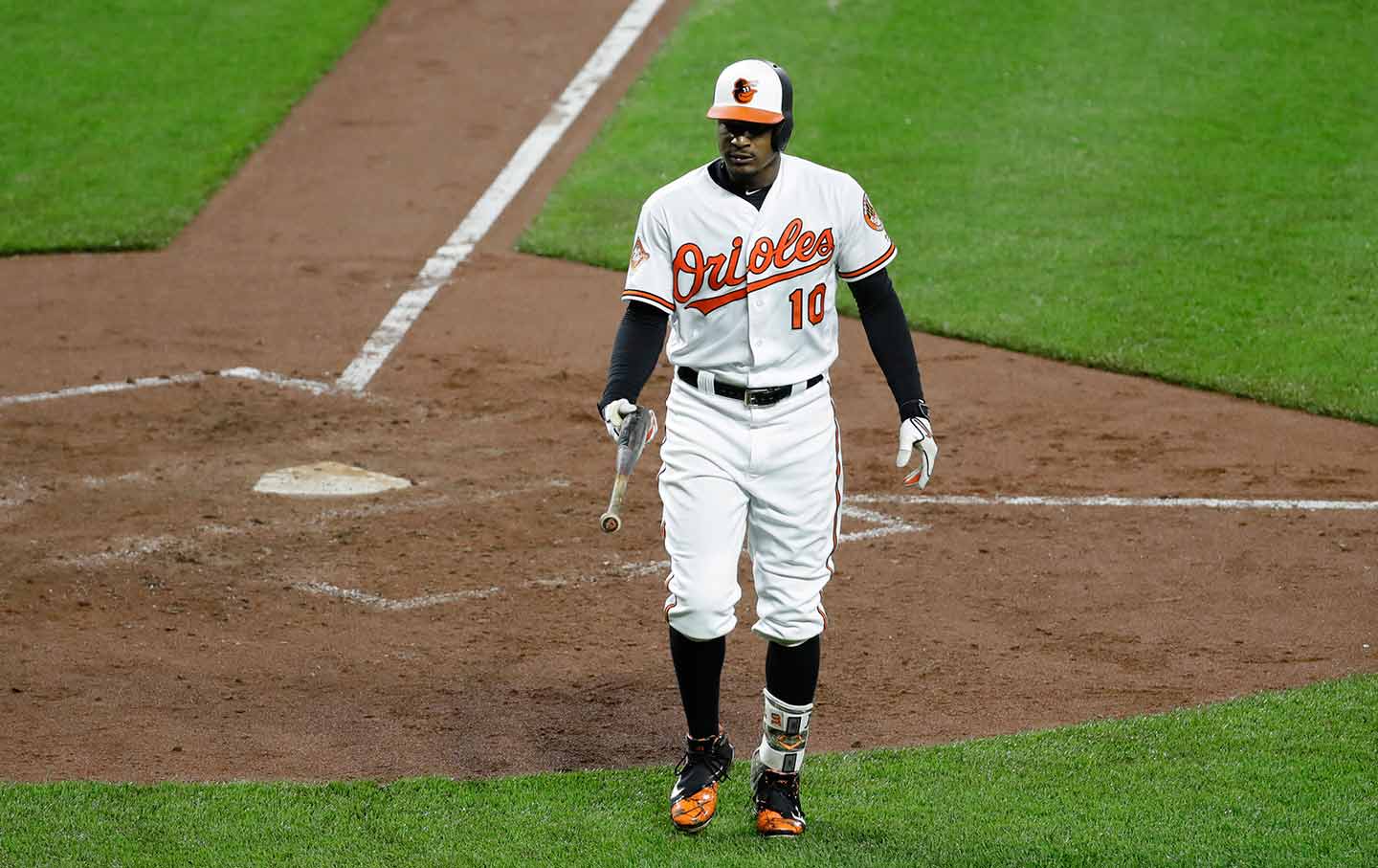 On Monday night, a large group of “fans” at Boston’s Fenway Park called Baltimore Orioles All-Star outfielder Adam Jones a n—– from the outfield seats, and one threw a bag of peanuts at him. The incident has provoked widespread uproar. Here is an exclusive comment about the incident from Baltimore Orioles COO John Angelos. People may remember Angelos from his intensely just and political response to the killing of Freddie Gray while Gray was in police custody in 2015. The below needs to be read and reread.1

For what it is worth and since you asked, and speaking as one man and for myself here, my thoughts on incidents of this sad and tragic kind, and what they represent today are the following:2

It is a tragic reflection of the sickness that today afflicts aspects of our society that we are reminded seemingly every day now of the demented hatreds, prejudices, and biases expressed in certain circles of our community around race, sex, national origin, ethnicity, religious following, sexual orientation, and other coincidences of birth and of living life. The increasing frequency with which these individual incidents spew forth into our public domain and the increasing number of newly formed hate groups that echo these individual episodes and their themes strongly suggests the rise of an increasingly militant and unrestrained sect of our citizenry emboldened in expressing publicly their private contempt for our neighbors, friends, and family members.3

Let us be clear that these hatreds are borne of irrational and disturbed individual minds as well as of the larger movements, philosophies, and divisive initiatives that these individuals embrace, in turn empower, and are empowered by. Whether acted out in the seats of sporting events or from various seats of power and whether open and physical or secretive and administrative in the way they are expressed, we in the majority who are not racists and who oppose the intent of these racist offenders and their tyrannical movements and initiatives that clearly seek to divide all of us as they insult and degrade some of us must not merely passively and politely disagree with these offensive individuals and philosophical movements and the putrid hate-mongering and American Dream–stealing racism, exceptionalism, and nativism that they espouse.4

We must instead actively stand up to these individuals and movements and the powers and philosophies that support and comfort them. We must stand up to, speak truth to, and face down this growing movement of open, notorious, arrogant, and dictatorial hatred in all its forms, and we must do so in every place where this competition will be contested, from the living room to the board room and from the grandstand to the state house to the capital mall just as our fathers and mothers and their ancestors have done in this country time and again throughout American history. True emancipation, civil rights, equal rights, and the dream of an integrated, unbiased, and undivided society is still the great unattained American dream, and we must stand together and fight so very hard every day against those who would tear that dream from our reach today and from our children’s grasp tomorrow.5