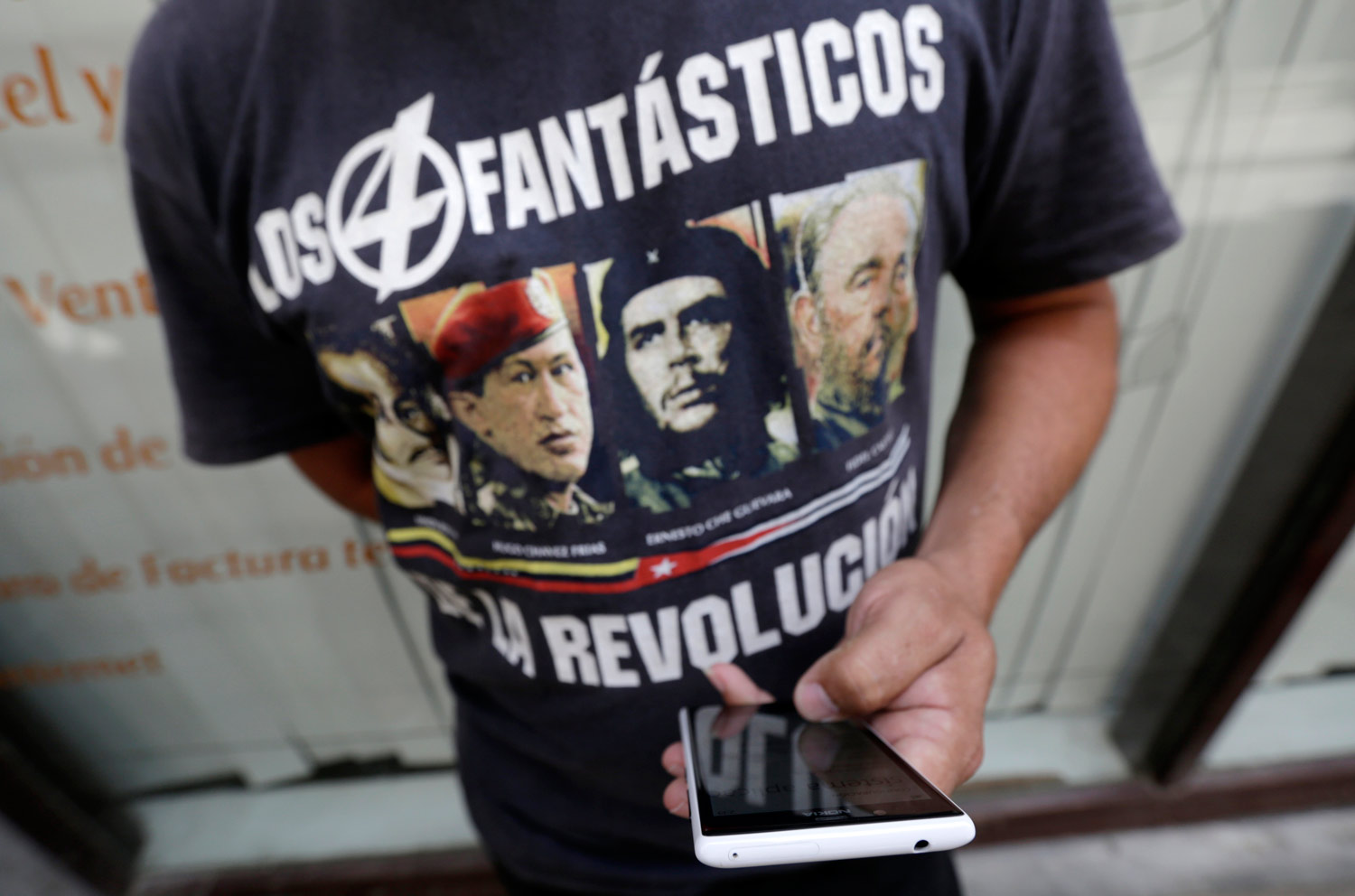 In defiant defense of ZunZuneo, the Agency for International Development’s secret text messaging program in Cuba, USAID spokesman Matt Herrick declared the agency “proud” of its Twitter clone, which, at its height, reached more than 60,000 Cuban cellphone users. The aim of the program, according to Herrick, “was to create a platform for Cubans to speak freely among themselves, period.” US officials at first denied that it had any political intent or sent out any political messages. But AP, which broke the story, decisively refuted those claims by publishing the political tweets and interviewing a subcontractor who wrote them.

Administration officials nevertheless remained unapologetic. In a Senate hearing, USAID administrator Rajiv Shah insisted the program was not covert, merely “discreet,” and that it was just trying to “enable open communications” among Cubans. Shah’s defense was echoed by the usual suspects on Capitol Hill, with Congresswoman Ileana Ros-Lehtinen arguing that USAID was simply promoting “God-given values like freedom, justice or liberty.” The Washington Post editorial page jumped on the bandwagon, declaring that there was nothing wrong with “undermining a tyranny.”

But fomenting unrest in a country by trying to secretly manipulate its domestic politics violates US treaty obligations under international law. The charter of the Organization of American States declares, “No State or group of States has the right to intervene, directly or indirectly, for any reason whatever, in the internal or external affairs of any other State,” a prohibition that is not limited to the use of force. The UN Declaration on the Inadmissibility of Intervention and Interference in the Internal Affairs of States repeats the OAS language and recognizes “the sovereign and inalienable right of a State freely to determine its own political, economic, cultural and social systems.” And it imposes on all states the duty “to refrain from any action or attempt in whatever form or under whatever pretext to destabilize or to undermine the stability of another State.”

International law has never prevented Washington from covert intervention, especially in Latin America. But because destabilizing other governments violates US treaty obligations, these operations were conducted secretly by the CIA during most of the Cold War. ZunZuneo and USAID’s other “democracy promotion” schemes in Cuba remind Latin Americans that Washington still does not fully respect their sovereignty.

When Barack Obama took office, hopes ran high in the region that he would break the deadlock in US-Cuban relations. At the Fifth Summit of the Americas in April 2009, he pledged a “new beginning” with Cuba. But when the Sixth Summit convened in April 2012, US policy was essentially unchanged, and Obama faced a solid phalanx of Latin American leaders tired of Washington’s intransigence. Colombian President Juan Manuel Santos—a close US ally—and Brazilian President Dilma Rousseff declared that they would skip the next summit if Cuba was not invited.

To his credit, Obama has restored people-to-people connections between the United States and Cuba. Educational, cultural and family travel is flourishing. But he has made little headway on state-to-state relations, nor has he reined in the foreign policy bureaucracy, which tries to exploit any relaxation of state control in Cuba to undermine its government. ZunZuneo is a perfect, albeit inept, example. When Raúl Castro legalized the sale of cellphones, USAID used that opening to build a social media platform it hoped would mobilize “smart mobs” reminiscent of Egypt’s Tahrir Square uprising and Iran’s “Green Revolution.”

Covert operations designed to bring about regime change in Cuba are the direct descendants of the CIA’s political operations of yesteryear. They are not sanitized by running them through USAID, calling them “discreet” and wrapping them in the rhetoric of democracy. Three sitting presidents in Latin America—Rousseff in Brazil, Michelle Bachelet in Chile and José Mujica in Uruguay—suffered personally at the hands of military dictatorships that US covert operations helped install a generation ago. Policy-makers in Washington would rather not dwell on the deadly consequences those operations had for thousands of Latin Americans, but Latin America has not forgotten.

Washington’s relationship with the region is deteriorating, corroded by a policy toward Cuba that symbolizes a bygone era of US hegemony—a policy that no other country in the hemisphere supports. If Obama wants to build the “equal partnership” he originally promised, he cannot continue to ignore Cuba.

Last November, talking to supporters in Miami about Cuba, Obama said, “We have to be creative. And we have to be thoughtful. And we have to continue to update our policies.” He could start by replacing USAID programs targeting Cuba with aboveboard initiatives to support authentic educational and cultural exchanges—exchanges without the hidden hand of government manipulation or a hidden agenda of regime change.