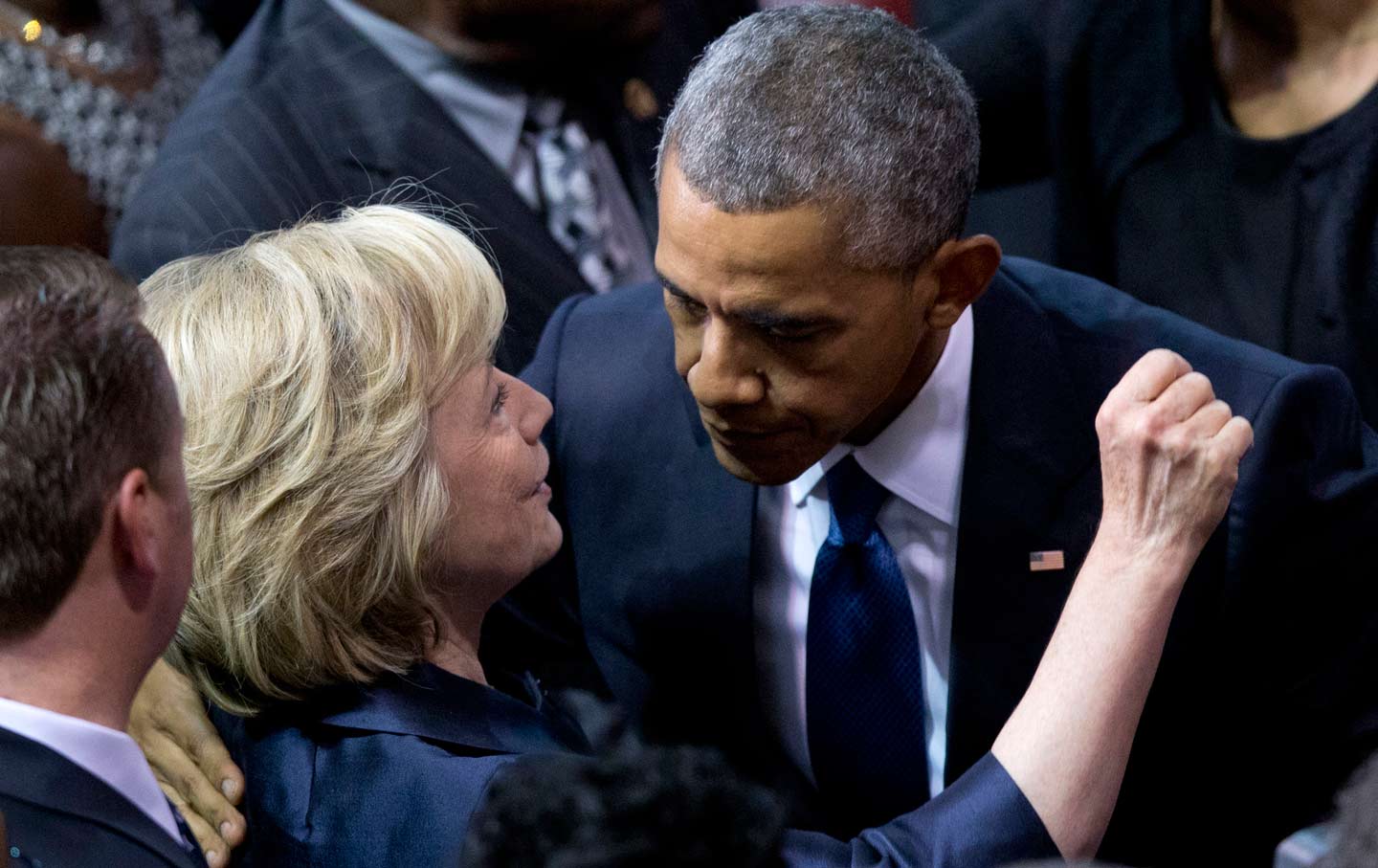 Being a Hillary Clinton defender on the left is a tough job. It was worse back in 2008, when she was running against the talented, charismatic senator who had the chance to be our first black president. The Clinton campaign made more than its share of mistakes, but it was the victim of a media double standard in which Barack Obama’s jousts were judged the stuff of normal political give and take—at worst—while Clinton’s were frequently attacked as dirty, below-the-belt, Nixonian rat-fucking. The Obama camp took advantage of that media bias, understandably.

Take perhaps the lowest point of the campaign: when Clinton defended herself against frenzied demands by Obama supporters that she should drop out of the primary race (even though she had won a string of big states including Texas and Ohio) by noting that other campaigns had gone down to the wire, too. In 1968, she pointed out, Democrats battled into June, when Senator Robert Kennedy won the California primary (and tragically was assassinated that same night). In hindsight, it was probably misguided to invoke, for any reason, one of our great losses of the 1960s, but Clinton was accused not of artlessness but of deliberately playing on fears among African Americans that Obama would be assassinated by his enemies—an incredibly low blow that paralyzed her campaign for almost a week.

Now, no less an authority than Obama himself has weighed in on the 2008 campaign—and its 2016 echoes, in terms of Clinton’s treatment by a hostile media—in a revealing interview with Politico’s Glenn Thrush. Here’s how Thrush describes Obama’s reflection on his own campaign:

The Obama-Clinton race in Iowa wasn’t simply a matter of hard work and spreading his optimistic vision of the future; it was a bitter political fight. Obama hammered away at the notion that the New York senator was on the wrong side of generational change, and his team successfully convinced reporters that every Clinton campaign swipe was an underhanded personal attack—something he’s less than proud of in retrospect.

“The truth is, in 2007 and 2008, sometimes my supporters and my staff, I think, got too huffy about what were legitimate questions she was raising,” he admitted. “And there were times where I think the media probably was a little unfair to her and tilted a little my way in calling her out.”

In fact, he said, Clinton “had a tougher job throughout that primary than I did.”

It’s a relief to hear the president admit that the media are generally unfair to Clinton and too quick to believe the self-serving political charges of her opponents, in both 2008 and 2016. Again, this time around, it’s not that Clinton hasn’t leveled any harsh or unseemly attacks at Bernie Sanders. David Brock’s general approach to the campaign, whether on issues of Sanders’s socialism or his health and age, hasn’t been high-minded, to say the least (the health joust even prompted a slapdown by Clinton campaign manager John Podesta.) Personally, I think Team Clinton will hurt itself if it red-baits Sanders. As far back as the 1940s, when Democrats try to distance themselves from colleagues on the left, it backfires: Republicans later use their slurs to malign Democrats.

Still, the Sanders campaign has imitated Team Obama 2008 by taking advantage of a media bias that tends to conclude that Clinton plays dirty, even without evidence. When she and surrogates questioned how Sanders would actually achieve a single-payer system of healthcare, and whether he still wants to let states administer the program, as a Senate bill he authored proposed, they were asking fair questions (though daughter Chelsea seemed to leave the impression Sanders would “dismantle” existing programs without replacing them). But the media mostly echoed the Sanders camp’s outrage at her questions, ignoring the fact that he won’t release his own health reform plan until after the Iowa caucuses. Just as she was when fighting Obama, Clinton is damned by the media if she isn’t seen as taking Sanders seriously—but even more damned when she takes him so seriously that she lands a blow that might hurt him.

The 2008 Obama campaign was so deft at depicting Clinton as the representative of an Evil Empire, and its man as a non-politician of uncommon integrity, that it sometimes felt like a form of gas-lighting to those of us who were inclined to see them both as politicians—no more, no less. Defending Clinton against the claim that she was deliberately playing on fears that Obama would be assassinated, I felt crazy: How could anyone really believe that was her intent? So it was a great relief to read Obama’s words, especially in the context of the current campaign. I got a piece of my sanity back, and so did a lot of other Clinton defenders, I’d suspect.

Of course, the president is being criticized by Sanders supporters for giving a boost to his former secretary of state, though he promised to stay neutral in the primary. Obama rejected Thrush’s suggestion that, this time around, Sanders is “an analog for you, and she is herself,” replying, “No, no,” and he argued that “I don’t want to exaggerate these differences, because Hillary is really idealistic and progressive.” It’s clear from the piece that Obama is fond of his former rival, and it’s clear from Clinton, and her campaign, that the feeling is mutual. I’d say that’s to be expected; the Sanders camp is turning it into another example of the “establishment” lining up against the insurgent. Which is also to be expected. I’d like to think Obama’s words will help the media see its own biases, but for now it’s enough that the president sees them, and called them out. We might have to wait for 2024 to get a similarly candid assessment of this Democratic primary.