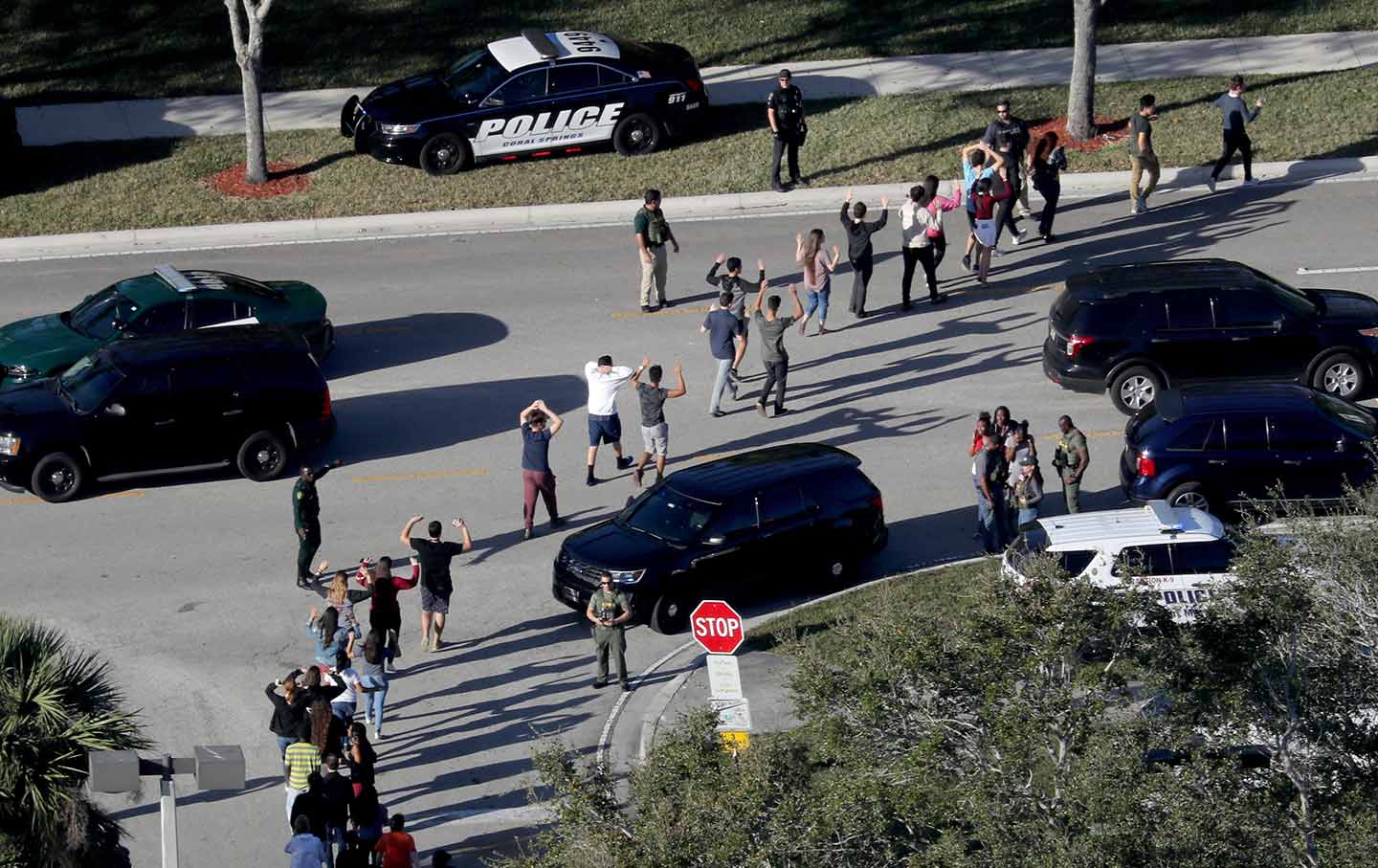 Golden State Warriors coach Steve Kerr is a person without political fear. Maybe that comes from being the son of the brilliant Dr. Malcolm Kerr, “a pioneer in the field of Middle East studies,” who was killed in Lebanon in 1984 when president of an American University in Beirut. Maybe it comes from having nothing left to prove after leading the Warriors to two championships as well as a 73-win season over the last three years. Maybe it comes from coaching in the Bay Area, where the political winds tend to move toward wanting prominent athletic figures to engage on issues instead of “sticking to sports.” Whatever the motivations, Kerr has again chosen to use his platform to try to reach people who may not otherwise be reached by speaking out after yesterday’s mass shooting in Parkland, Florida, that killed 17 people. The greatest tool of the National Rifle Association and the politicians they own is our cynical belief that none of this can ever change. Meanwhile, racist politicians push for “a wall” to keep out imaginary enemies. This is depressing, but it cannot be an excuse for inaction. Steve Kerr spoke to that dynamic before Wednesday’s game against the Portland Trailblazers, saying:

Nothing has been done. It doesn’t seem to matter to our government that children are being shot to death day after day in schools. It doesn’t matter that people are being shot at a concert, in a movie theater. It’s not enough, apparently, to move our leadership, our government, people that are running this country, to actually do anything. That’s demoralizing. But we can do something about it. We can vote people in who actually have the courage to protect people’s lives and not just bow down to the NRA because they’ve financed their campaign for them. So, hopefully we’ll find enough people, first of all, to vote good people in, but hopefully we can find enough people with courage to help our citizens remain safe and focus on the real safety issues. Not building some stupid wall for billions of dollars that has nothing to do with our safety, but actually protecting us from what truly is dangerous, which is maniacs with semi-automatic weapons just slaughtering our children. It’s disgusting.

Kerr wasn’t the only person in the sports world to speak out. After Trump tweeted out, “No child, teacher or anyone else should ever feel unsafe in an American school,” Seattle Seahawk wide receiver Doug Baldwin tweeted back to him, “Yea.. but the fact is that they AREN’T safe. Just more rhetoric and no action. WAKEUP!!!!”

These may seem like small gestures, but when you have a president and NRA-owned Congress gaslighting an entire country by telling us that these kinds of shootings are merely “mental-health issues” while both making it easier for the mentally ill to buy guns and cutting funds for mental-health programs, it’s easy to fear that we are collectively going mad ourselves. I don’t write these words lightly. Coming from a family where mental health is a serious issue, I see the NRA and GOP’s instinct to stigmatize people with mental illnesses as craven and contemptible. But when these shootings occur and all we get is a shrug, some prayers, and bombast about this being “the price of freedom,” it is easy to feel like we are losing our own grip on reality. I am not saying gun control is the answer to what ails us, because the rot runs so much deeper. We live in a country where the killer in Parkland and the people he slaughtered have lived their entire lives in a post-Columbine, post-9/11 world. Now that we know the shooter was trained by white supremacists and wore MAGA hats, we also know the politics that we must defeat… politics that give rise to this kind of senseless slaughter. We live in a a country where school shootings and the everyday specter of violence has been baked into our lives. It will take as many voices as possible, from the sports world and beyond, to tells us that this is not the way it has to be. Another world is still possible if we have the will to fight for it. One thing is certain: It is glaringly obvious who stands in our way.