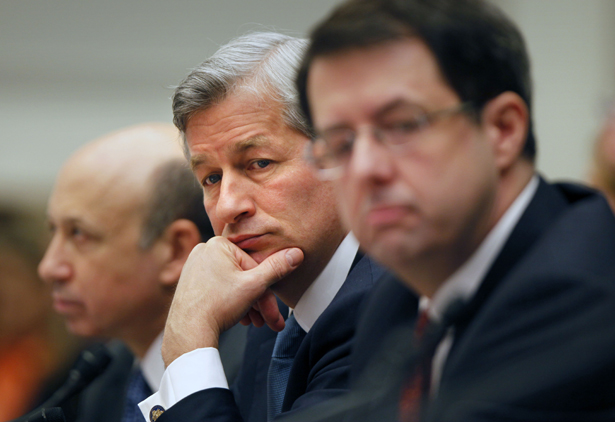 Federal settlements with bad corporate actors often have misleading, inflated dollar amounts attached. For example, the recent mega-settlement between JPMorgan Chase and the Justice Department for mortgage-backed security abuses before the 2008 crash was billed as a $13 billion deal, but right off the top, $4 billion was actually from an earlier settlement with the Federal Housing Finance Agency. Only $2 billion of the remaining penalties applied to after-tax profits, meaning that the bank could write off the rest as a loss for tax purposes. On top of that, the bank was allowed to credit many things it would have done anyway in the regular course of business as payments under the settlement. The final penalty amount paid by JPMorgan is sure to be much less than $13 billion.

This isn’t a new phenomenon. Remember the Exxon-Valdez disaster? After the company was finally ordered to pay $500 million, it took a $200 million tax deduction and ended up forking only over three-fifths of the original amount.

A lot of these arrangements happen out of the public eye—long after federal officials have heralded their supposedly tough approach to corporate crime. But now, Senators Elizabeth Warren and Tom Coburn plan to introduce a bill forcing federal agencies to be honest about how much they’re really making the corporations pay.

The Truth in Settlements Act places a number of demands on federal enforcement agencies when it comes to specificity and transparency of settlements over $1 million. Among the provisions:

One way that the government could avoid these restrictions is by deeming settlements “confidential.” It can do so now without offering any explanation as to why.

Warren has been pushing the executive branch to get tougher on corporate crime since coming to the Senate, and this bill is yet another avenue for that approach. “Increased transparency will shut down backroom deal-making and ensure that Congress, citizens and watchdog groups can hold regulatory agencies accountable for strong and effective enforcement that benefits the public interest,” she said in a statement.

No doubt the deeply conservative Senator Coburn is an unusual partner for Warren, but it dovetails with his long-standing interest in government transparency and the federal ledger. “Our bill gives taxpayers the transparency tools they need to access real information and numbers regarding enforcement settlements,” he said.