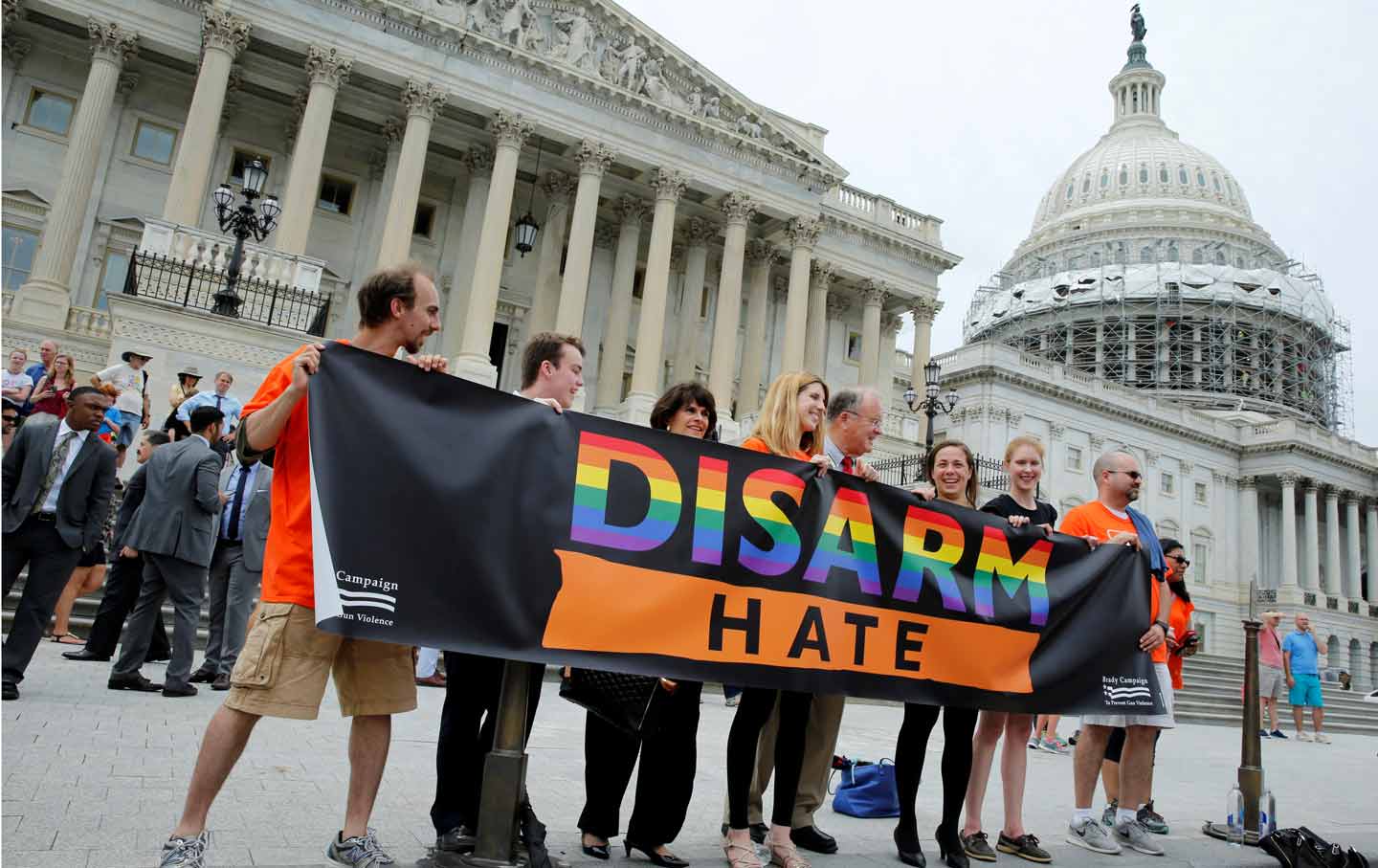 All the pieces are lining up for gun control to become a big factor in this fall’s Senate races. Wide majorities of voters favor background-check policies pushed by Democrats, and polling shows the issue is increasingly important to voters in key states. Pro-gun control groups are girding to do battle with the NRA and other gun groups.

Public Policy Polling just did some research in New Hampshire and Florida, where incumbents Kelly Ayotte and Marco Rubio are in danger of losing their seats. PPP found that 76 percent of Floridians think Rubio supports banning people on the terror lists from buying guns, or are unsure of his position. Sixty-nine percent think he supports background checks on gun sales, or are unsure where he stands. Similarly, 74 percent of New Hampshire voters think Ayotte backs the “terror gap” legislation or are unsure, and 59 percent thinks she supports expanded background checks or are unsure.

Those fairly large majorities of voters are simply wrong. Rubio and Ayotte both voted against the big 2013 background-check bill.

On the terror-gap legislation, voter confusion is perhaps more understandable. Rubio and Ayotte did vote for a bill that would allow federal officials to pause a gun sale if someone was on a terror watch list, pending a judicial review, though the sale would go through after three days if no determination was made. Democrats argued this would render the measure basically useless, since courts rarely act that quickly, and Republicans claimed to be protecting the due process of potential gun buyers.

But at the end of the day, both Rubio and Ayotte are fundamentally pro-gun politicians who have consistently opposed meaningful changes in the country’s gun laws. The National Rifle Association ran a “thank you” ad for Ayotte after she voted against the post-Sandy Hook background check bill, and the NRA bestowed an A+ rating on Rubio this year.

LIKE THIS? GET MORE OF OUR BEST REPORTING AND ANALYSIS.

This would leave them potentially vulnerable to a growing number of voters who are willing to make gun control a primary issue in deciding their vote—if, of course, the voters actually understood where Rubio and Ayotte stand.

The PPP polling found that 83 and 81 percent of voters in Florida and New Hampshire, respectively, support expanding background checks to all purchases, including online sales. The belief transcends almost every demographic—majorities of women, men, gun owners, independents, Hispanics, and majorities in every age group in Florida and New Hampshire say they would be “more likely” to vote for a candidate who supports expanded background checks for gun sales.

Perhaps this just presents an easy road map for gun control groups like Americans for Responsible Solutions and Everytown for Gun Safety, which have been or plan to be active in these races. Just make sure voters understand where Rubio and Ayotte stand, and you can start peeling off votes. “A simple informational campaign reminding voters of Rubio and Ayotte’s out-of-touch, anti-common sense positions could do serious damage to their candidacies leading up to Election Day,” the PPP memo notes.

It will be easier said than done—as this June ad from Ayotte shows, she is actively trying to portray herself as pro-gun control and in favor of background checks, by highlighting votes for meaningless messaging bills that would not substantially change the background check system, but appear to be pro-reform:

Watching that ad, and knowing nothing else about Ayotte, you’d think she was a hardened enemy of the NRA. Getting the truth out there might be difficult, and involve parsing the language of complicated Senate bills. That shouldn’t be too hard, but either way there’s a positive signpost for gun reform here. The very fact that Ayotte wants to present herself as pro-reform means the terms of debate may have finally changed—and gun safety is now a winning issue.