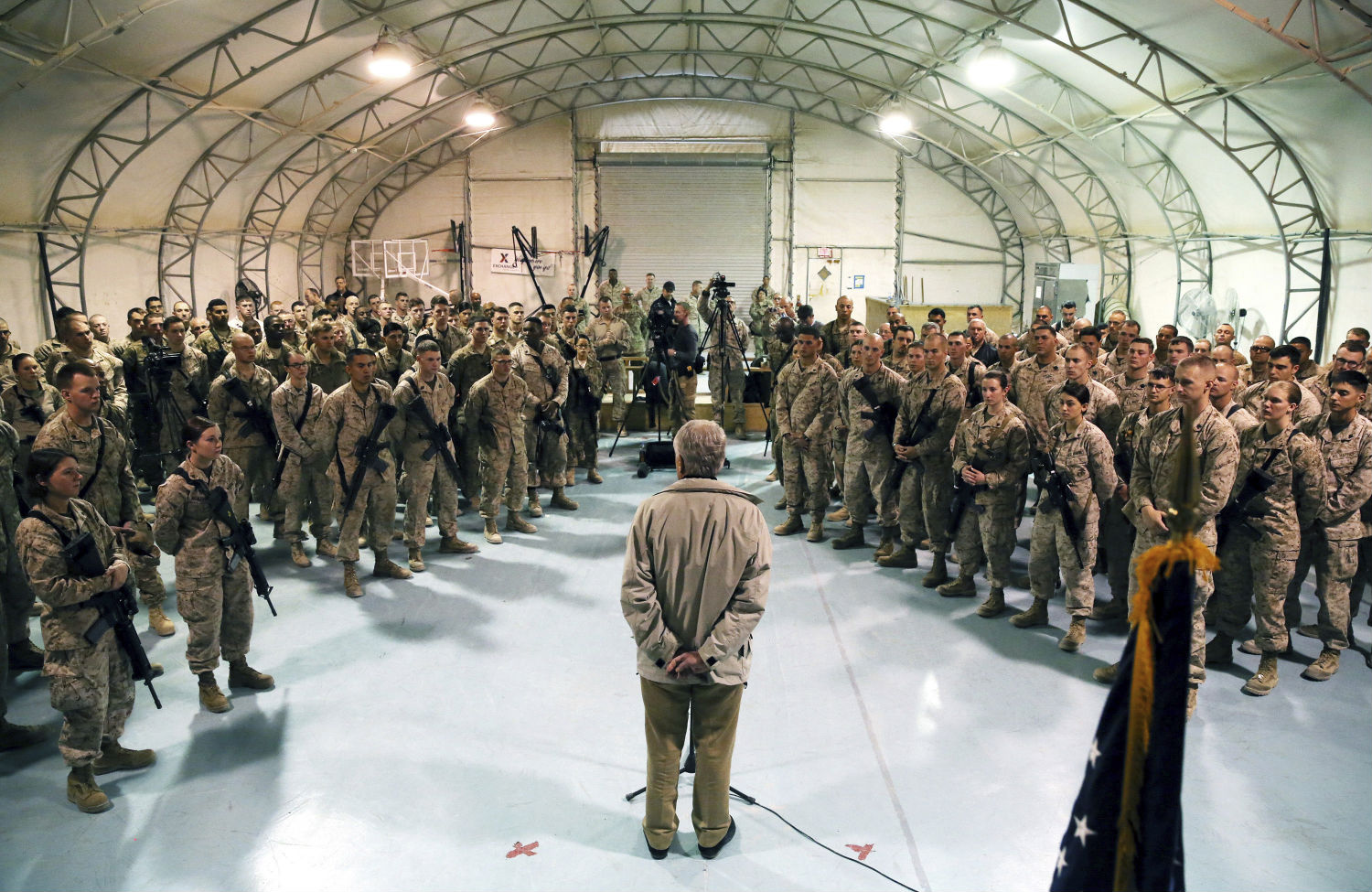 Last month, we noted that a bipartisan group of senators, lead by Jeff Merkley of Oregon, introduced an amendment to the National Defense Authorization Act that asked President Obama to seek a vote in Congress over whether to extend the war in Afghanistan through “2024 and beyond,” as the potential security pact with the Afghan government proposes.

Monday, the contours of a Senate deal to advance the NDAA were announced—and Merkley’s amendment will not be receiving a vote.

This is despite the amendment gaining even more support among powerful Democrats, including one—Alaska Senator Mark Begich—who is up for re-election in 2014, a possible barometer of how politically toxic the war has become (67 percent of Americans don’t think the war was worth it, according to a recent poll).

Senator Tom Coburn is threatening to dramatically slow down the NDAA if Senate Majority Leader Harry Reid doesn’t allow Senators to propose amendments, but that gambit is unlikely to work.

But Merkley isn’t giving up—his office pledged to bring a similar bill back for consideration before the security pact is finalized, and expressed dismay that the measure likely won’t be considered this year.

“Senator Merkley is disappointed that his amendment will not get a vote during the Defense Authorization debate,” said Jamal Raad, Merkley’s press secretary. “He still thinks it is important that before we commit massive resources and thousands of troops to another decade in Afghanistan, Congress should vote, and he will continue pushing for a vote.”

Meanwhile, the seemingly smooth negotiations between the United States and Afghanistan seem to have hit a snag, with Afghan President Hamid Karzai calling for delays and protesting several provisions. That may yet scuttle another decade of war. But Merkley and his colleagues are pressing on, holding to the notion that Congress ought to have a say on another decade of war with an essentially new mission.