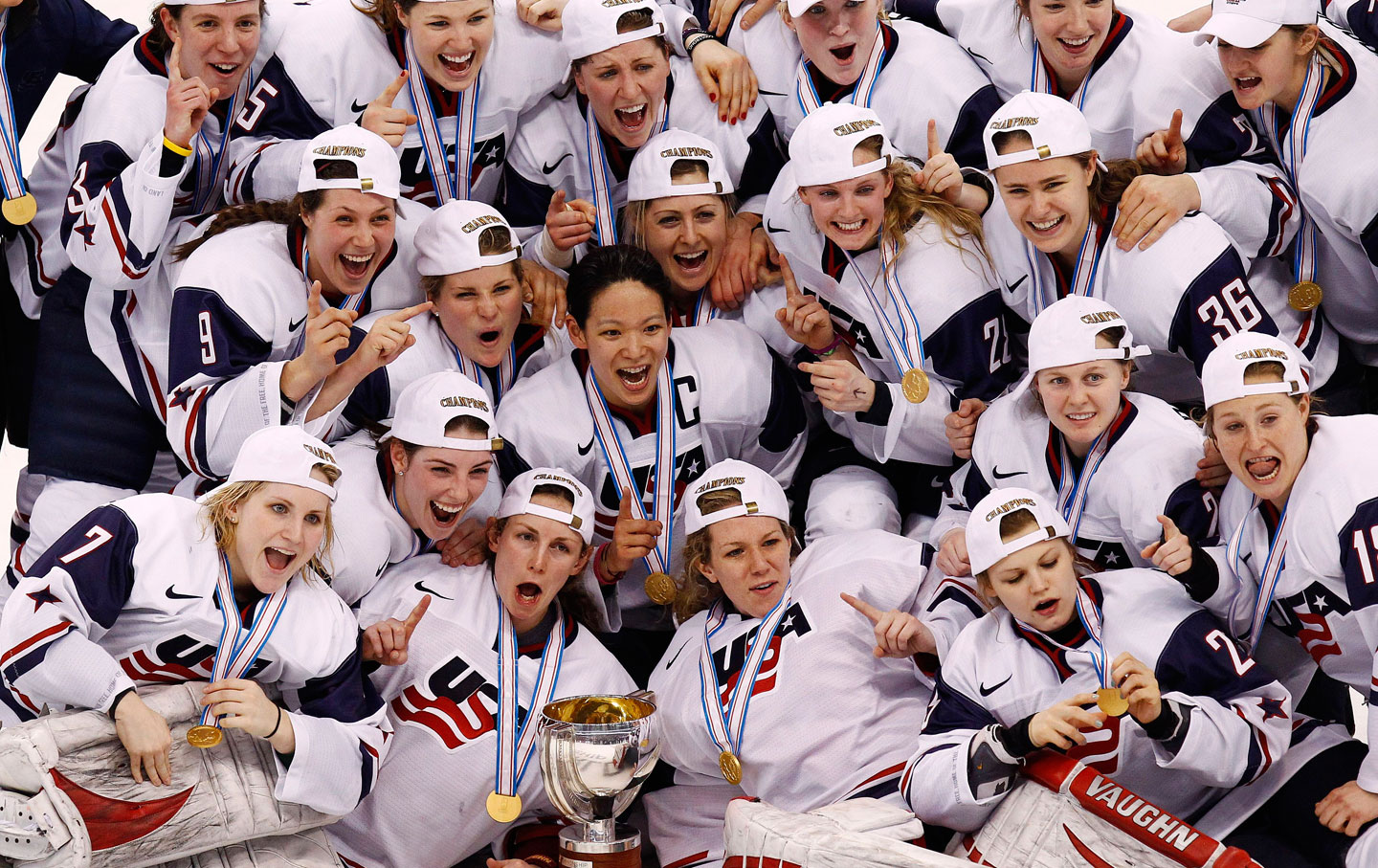 “First they ignore you, then they laugh at you, then they fight you, then you win.” This quote, attributed to Mahatma Gandhi, can always sound like the hoariest of clichés until you actually see it in action. Then it reads like a blueprint. The demands of the USA women’s hockey team were ignored, mocked and fought tooth-and-nail by USA Hockey. Yet they answered every challenge and they won.

They went on strike and held the line until the last possible moment, less than 70 hours before the World Championships in Michigan. They went public with their demands, building a groundswell that inspired solidarity from every sports union, male and female, in the United States as well as 16 US Senators. They had won seven of the last nine World Championships and were willing to sacrifice that for the basic idea that being a full-time athlete and being paid like a part time employee was no longer going to cut it. But it was bigger than wages.

Their push, as USA Hockey Hall of Famer Cammi Granato writes perfectly at ESPNW, became about women in all sports standing up for themselves as athletes and workers:

The fact that the team is so unified from top to bottom makes the fight possible. The rally of support through social media and print and television media has showcased how there is a deep need for change. It is highlighted by the imbalances that still haven’t changed. The team wasn’t asking to get rich—what they wanted (and what USA Hockey finally agreed to) was financial support for giving their full dedication to the program. They also want to grow the game through exposure on television and media. Providing them more big stages to do just that, outside of the Olympics, world championships and Four Nations Cup, will help that cause. These things have been long overdue.

Here is what was won:

As women’s national team captain Meghan Duggan said in a statement, “Our sport is the big winner today. We stood up for what we thought was right, and USA Hockey’s leadership listened. In the end, both sides came together. I’m proud of my teammates and can’t thank everyone who supported us enough. It’s time now to turn the page. We can’t wait to play in the World Championship later this week in front of our fans as we try and defend our gold medal.”

It’s a landmark day for hockey but it’s also a landmark day for all women’s sports. The message has been sent not only that if you fight, you can win but also if you fight, players and unions across the sports world will have your back. Let the last word go to Billie Jean King, who in addition to being a Hall of Fame tennis player and women’s rights activist, also started the first ever women’s sports union. She tweeted, “US Women’s Hockey team is taking a stand for equality. Being a world-class athlete should not be treated as a part time job.”