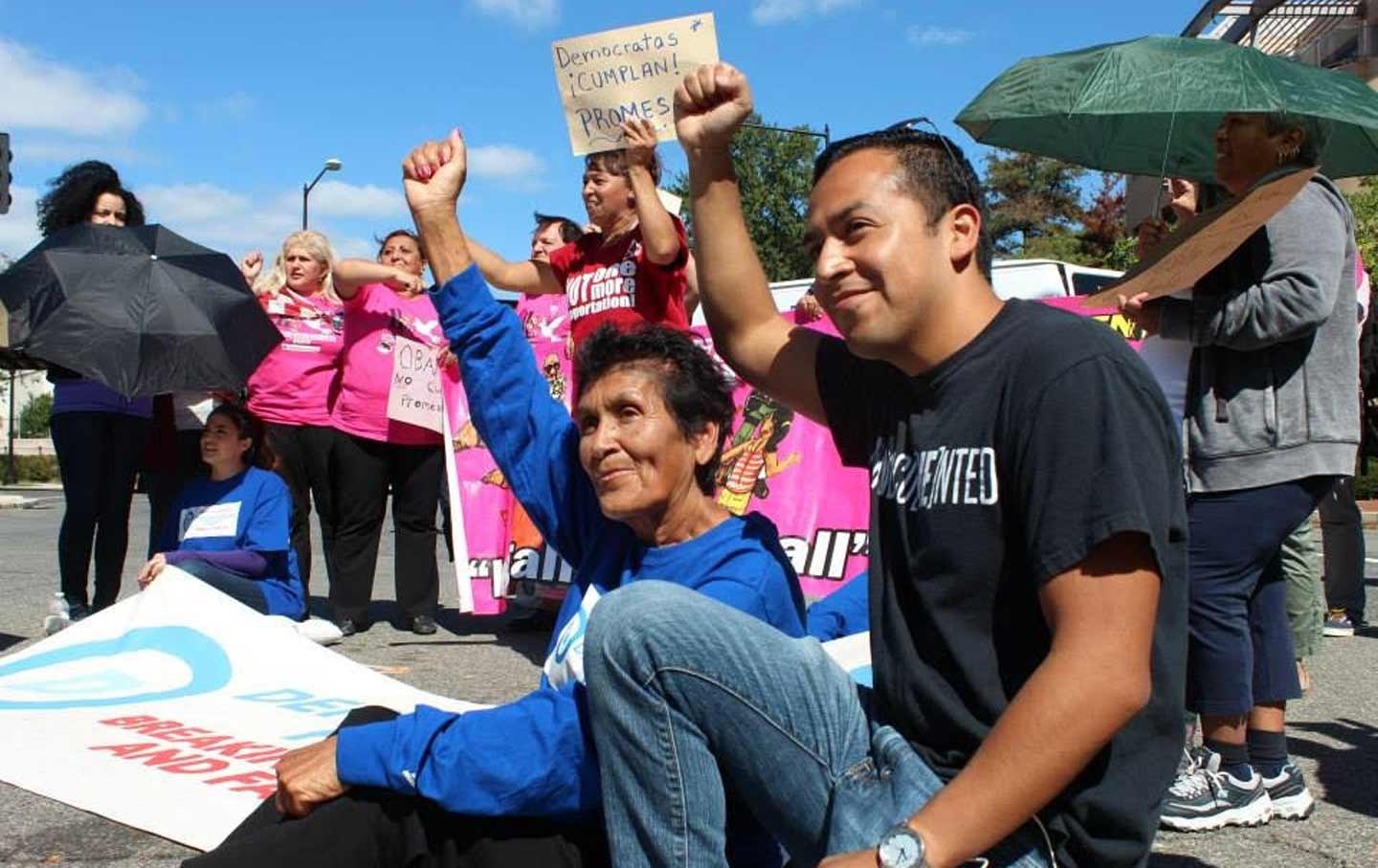 Author Cesar Vargas and his mother at an immigration-rights demonstration. (Courtesy Cesar Vargas)

At two in the morning on Election Day, my mother quietly walked into my room and asked if the results were in. Donald Trump was closer to clinching the 270 electoral votes but had not been declared the winner.

Inside me, I already knew Trump would be the next president the day the Democratic Party rigged the primary in favor of Secretary Hillary Clinton. Instead of shooting talking points about how close the race was, I honestly responded that Trump would become president of the United States.

My mother and I locked eyes and stood silent for few seconds. Then she broke the silence with a soft but firm whisper: “En la Lucha!” The fight continues.

My mother is 74 years old and undocumented. We immigrated almost 30 years ago and we now call the United States our home.

In the face of gloom and uncertainty, she remains defiant and strong. She knows very well that under Trump’s deportation force, she could be detained, incarcerated, and deported and be separated from her beloved US-born grandchildren.

Reality is also sinking in for me. I can lose my deportation protection under DACA—the executive program that shields Dreamers from deportation.

Trump can try to take DACA away from us. But he won’t take our away our spirit to fight for our families. Just as my mother demonstrated unwavering strength, we will not let fear defeat us. President Trump and his secretary of Homeland Security should be ready to face us in the political arena.

The American people, including myself, were tired of establishment politics, and the Democrats didn’t get the message.

Nevertheless, we have an opportunity to mobilize a historic and robust grassroots movement. Most importantly, the fight for humane immigration reform continues, even under a White House led by Trump. Rarely in history do presidents act on their own. They respond to the vociferous voice of a movement calling for justice.

Elections are important, but what we do after elections matters more. Whether it was Hillary Clinton, Donald Trump, or Bernie Sanders, our movement was ready to hold accountable the next president.

There are many people to blame for this (un)surprising loss. There will be plenty of time to hold them accountable. This week, however, is a time to coalesce under a unified vision to build a movement to defend against any assaults on our liberties and rights.

We must recognize that the next four years will not be calm.

The next four years we will show that we are undocumented and unafraid.