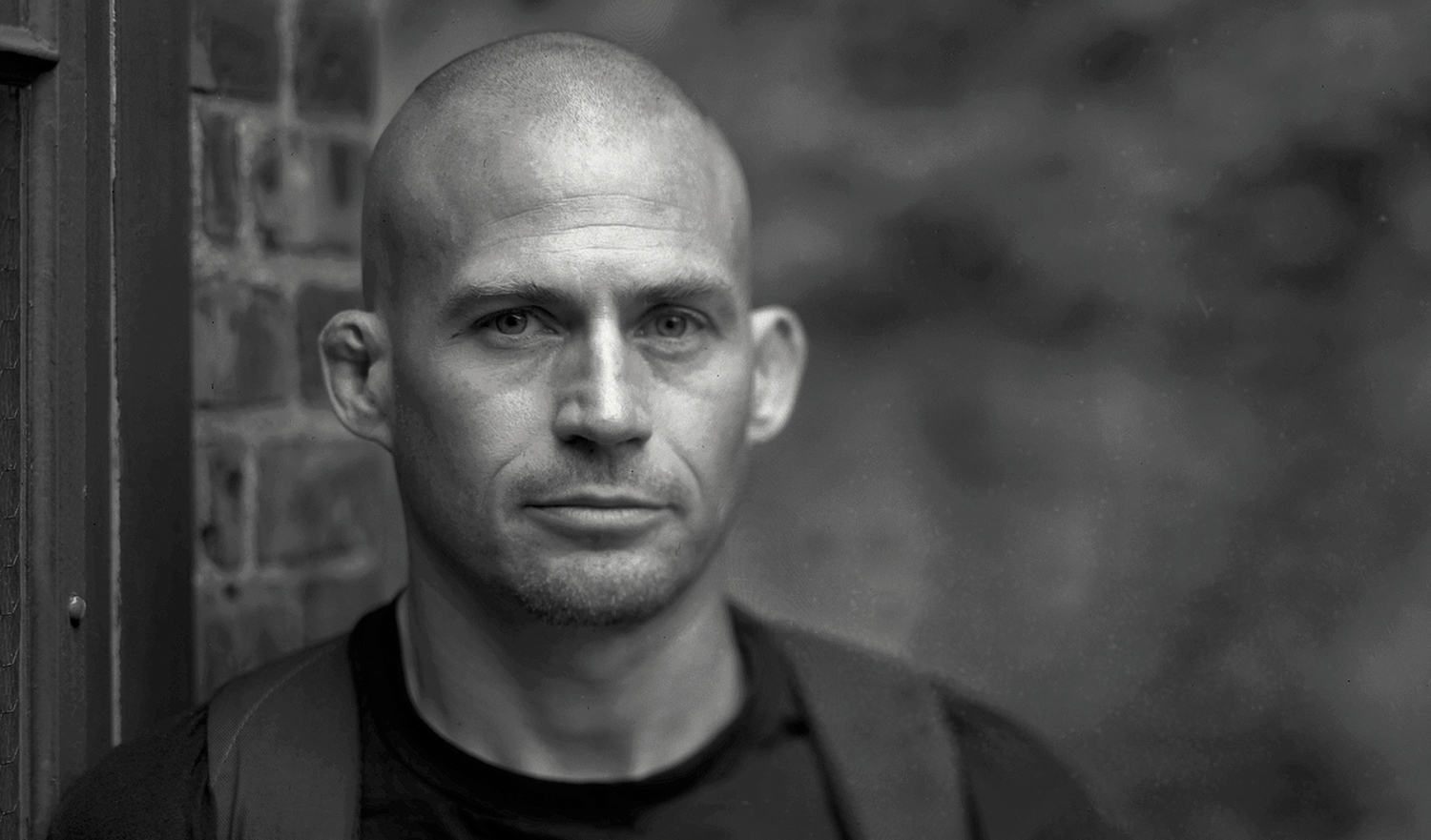 Our cultural capital has changed tremendously on its way into the twenty-first century. Manhattan has been secured and sanitized; it’s smoke- and trans-fat-free. In the boroughs, many of the old jungles have been cleared as well. Preparation for the Next Life, Atticus Lish’s first novel, dwells on the edges of New York City where the Third World still persists, inhabited by petty criminals, remnants of the old white working class, military castoffs and polyglot swarms of immigrants, many of them illegal. In this regard, the story Lish tells is reminiscent of Russell Banks’s Continental Drift, a classic late-twentieth-century narrative of the Third World colliding with the First.

Preparation for the Next Life
By Atticus Lish.
Buy this book

Like Banks, Lish puts his protagonists on a path to convergence. The trajectory of Iraq War veteran Brad Skinner is the more familiar, since the travails and neglect of such wounded soldiers have recently been much reported, in the press and in other works of fiction. Skinner has seen his friend blown up in action and has been severely wounded himself, but none of that will get him a discharge, even after his enlistment is up. Called back to another combat tour under the “stop-loss” program, he performs poorly, kills in cold blood and alienates his surviving comrades. Finally released from the military, he arrives in New York as an efficient killing machine, slightly damaged by hard use, inadequately regulated by a fundamentally decent heart and a troubled mind that has found no healing, “holding on to the idea that if he partied hard enough, he’d eventually succeed in having a good time and would start wanting to live again.”

Zou Lei comes to New York straight out of immigration detention, and her path to the metropolis is longer than Skinner’s: her childhood was spent in China’s northwest borderlands, in a cultural mélange of Tibetans, Uzbeks, Uighurs and the ever-expanding Han Chinese. Her mother is a Uighur of Siberian ancestry, her father a Chinese soldier, much revered though seldom seen. “Where she was from,” Zou Lei reflects later on, “a man and a woman might live apart for many years, due to economic reasons, only seeing each other once or twice a year when they were given permission by the authorities.” From her father, the child Zou Lei learns to venerate the order, discipline and security that the military seems to offer, though he is killed when she is still quite small. With her mother, she works in Shenzen factory- prisons and, when that fails, harvests litter for recycling. Some girls opt for prostitution, but Zou Lei refuses. “If you wanted heaven,” goes a local saying, “maybe you shouldn’t have come. There’s always America, if you think your feet will carry you.”

Zou Lei eventually infiltrates the United States and works her way up the East Coast among flocks of migrant workers speaking a babel of Asian dialects. The Uighurs are an Islamic tribe unwelcome in secular Chinese society and most other places, so among the migrants Zou Lei identifies with her Chinese side. She speaks a little of a half-dozen languages, but of course she has no legal existence. Picked up in a routine sweep, she is imprisoned for a length of time she has no way to quantify and told by her fellow detainees, “No one knows what will happen to you.” Released without any explanation, she bolts for the Asian souks of New York. “She was never going to get arrested again. She was going to stay where everybody was illegal just like her and get lost in the crowd and keep her head down. Forget living like an American. It was enough to be free and on the street.”

Skinner meets her by chance while he’s wandering aimlessly and Zou Lei is taking a break in a stairwell from her job in one of a cluster of food stands jumbled into a basement in Flushing’s Chinatown. Their first attraction is physical in a very particular way: Skinner is a bodybuilder and Zou Lei trains fanatically—as best she can with no equipment and shoes that cut her feet—in emulation of her soldier father and in service to her personal idealization of military life. Skinner is fascinated when she shows him a little of what she can do, and besides, his deranged demeanor has not proved attractive to any other woman. All things considered, Zou Lei could dream of no better partner than a veteran of the world’s most overwhelming military.

But their relationship is doomed, and not only by Skinner’s steadily worsening post-traumatic stress disorder. That syndrome has been well represented in literature since Hemingway’s “Big Two-Hearted River,” and more recently brought to national attention by the scandals involving the Veterans Health Administration and Walter Reed National Medical Center, as well as Roxana Robinson’s fine novel Sparta. Lish covers it exhaustively and compellingly: the dreams, flashbacks, bone-wracking anxiety and, worst of all, paralytic depression. Skinner’s been handed a basket of pills (Zoloft, Ambien, Seroquel) with little instruction on their use, and he self-medicates energetically, with pot and lots of alcohol. With a letter declaring that his mental problems have nothing to do with the war, the Defense Department washes its hands of him.

Zou Lei recognizes the problem—“Something has shook your mind,” she says—but her love, though steadfast, is not enough to see him through the depths of depression, long periods when he can’t respond to her at all, in spite of his great longing for love. “The world was dull or annoying to him, and she was just like any other female, he felt: she had certain functions. And he had seen those functions turned inside out by high explosives, he knew what was inside people, and there was nothing.” Against this crippling loss of feeling, Zou Lei’s belief that “they could form an army of their own, a two-person unit, to fight these difficult battles involving his mental recovery and her immigration status” still appeals to her but not to him. Her image of the two of them (based on the nomadic Tibetan women she saw in her childhood) “traveling from city to city,” “wearing sheath knives and cowboy hats and riding horses in a sun-filled land outside the reach of the authorities,” can’t leave the world of fantasy.

Skinner would normalize her status by marriage, but—Catch-22—one can’t get married without a legal identity, and Zou Lei has none. As the two revolve around this conundrum, they are quietly stalked by Jimmy Turner (a k a Murphy), recently returned from prison to his family home in a worn-out Irish quarter of Queens, where Skinner rents a basement apartment. Jimmy has learned from the prison gangs: “We’ve declared war on the United States. This organization is bigger than the United States…. This is a structure. We’re like Al Qaida…. We control the drugs, we control the individuals. We control ourselves. People fear us, in here and on the street.” His intentions are purely predatory: he covets Skinner’s apartment for himself, while Zou Lei is simply prey to him, as she intuitively grasps when they first glimpse each other: “If a girl is traveling in the steppe and she sees nothing but a single moving dot in the distance, the dot sees her. Stag, man, wolf.”

The pure existential hostility of that environment re-emerges in the burgeoning streets of the decaying neighborhoods that Lish describes exhaustively and passionately, inch by inch. His rendition of the full texture of street life is extraordinary. Here he is, writing in close detail:

There were alleys going in from the street where immigrants could get their hair done or buy their kind of music. They sold jeans and lingerie and cell phones and high heels and glass pipes and Spanish romances in the street, a man with a mustache seizing a raven-haired woman by the hips, thrusting his hand down into the open neck of her peasant blouse. The mannequins had arched asses and torpedo breasts and stood on their toes and wore big black wigs and supersonic glasses.

Here he is, writing in panorama:

The city was uncontained. It covered a massive area and graded out into the world. There was no definite end at the horizon. There were more buildings, miles of them, covering the earth on into the distance. She saw the areas of trees, the shade of wood, the intricate fuzziness of the branches from this distance in among the houses. The highways—massive, industrial, and lonely—were to her left. To her right, there seemed to be still another city and then, past it, the skyline of Manhattan.

In this vision, Zou Lei “beheld what was possible,” except that it isn’t necessarily possible for her. In one way or another, all the principal characters are excluded from any social contract. Some have quietly fallen out of it, like Jimmy’s parents and sister, while some have been forcibly ejected, like Jimmy himself and like Skinner, used, abused and abandoned by the military. Some, like Zou Lei and the swarms of illegal immigrants surrounding her, never signed up at all. Zou Lei, almost literally, has nothing but her body, and Lish evokes this fearsome predicament as few have done before. Escaping from an assault by Jimmy, Zou Lei abandons her few possessions and runs barefoot halfway across Queens, in a grindingly realistic reprise of a fairy tale told by her mother, in which the heroine must run across an “iron desert” that “tore the soles of her feet.” Fairy tales have magical solutions; this story, emphatically, does not.

The members of our polymorphous underclasses most often appear as statistics; in presenting a few of them as individuals, Lish offers his audience a salubrious shock. In Zou Lei’s China, oppression is systematically produced and applied by the state. In the twenty-first-century United States, oppression is disorganized, random and proceeds largely through neglect. Still, it crushes plenty of people. The wretched of the earth are here among us, for the most part silenced—but with this novel, Lish has given them an unmistakable voice.

The title (derived from a sign on a mosque that Zou Lei briefly visits) remains inscrutable. Skinner’s only connection to a worldview permitting reincarnation is his tattoo in Chinese characters, translating as “No Pain, No Gain.” Zhou Lei has just a few fragments of folklore remembered from her Uighur mother—that and her fierce determination to survive and to live in freedom. This wrenching story seems to conclude that there is no life but this one.