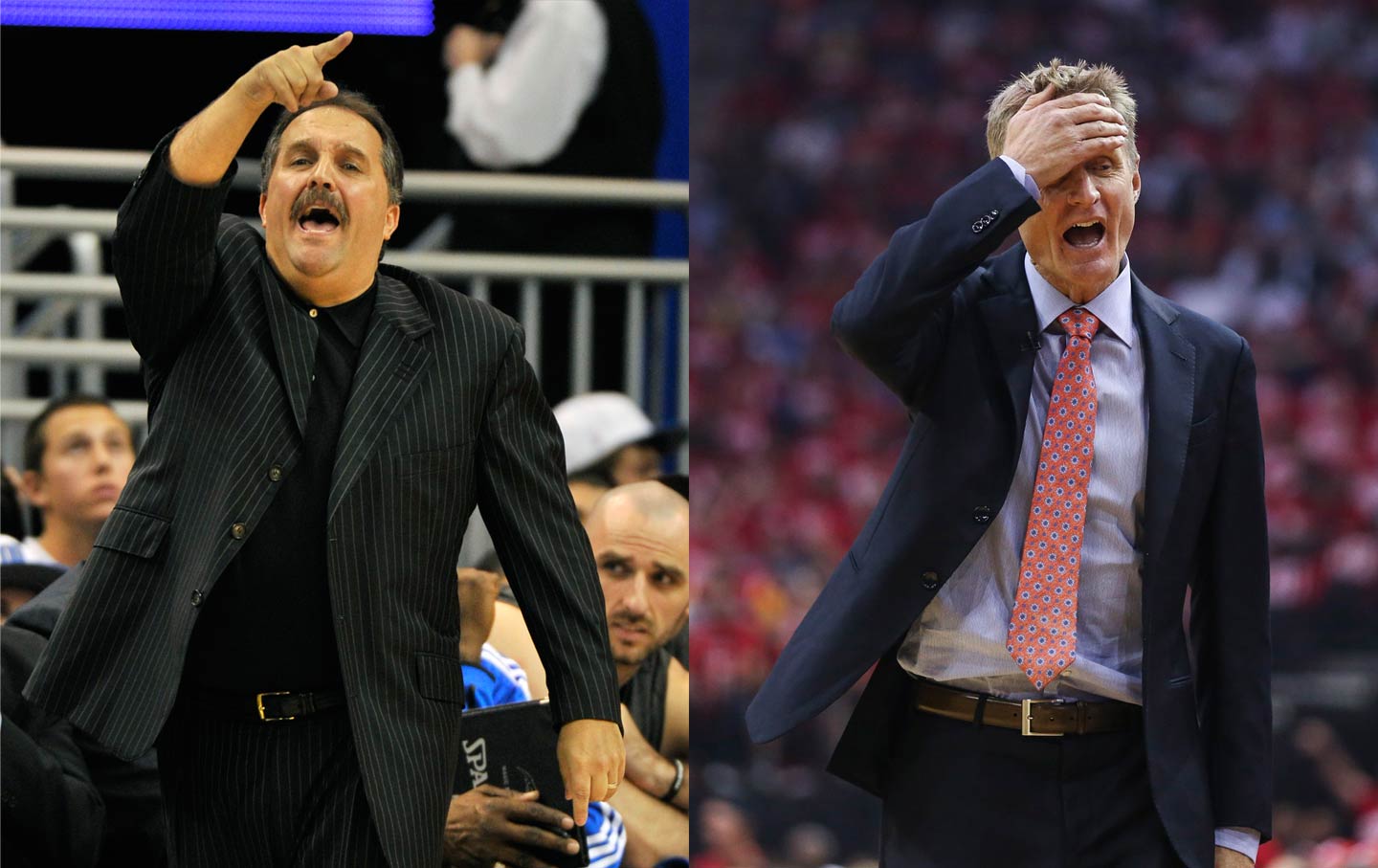 New England head coach Bill Belichick might love Donald Trump, but not every pro head coach is getting off on racist, misogynistic authoritarianism.

“I don’t think anybody can deny this guy is openly and brazenly racist and misogynistic. We have just thrown a good part of our population under the bus, and I have problems with thinking this is where we are as a country…. It’s just, we have said—and my daughters, the three of them—our society has said, ‘No, we think you should be second-class citizens. We want you to be second-class citizens. And we embrace a guy who is openly misogynistic as our leader.’ I don’t know how we get past that. Martin Luther King said, ‘The arc of the moral universe is long, but bends toward justice.’ I would have believed in that for a long time, but not today.… What we have done to minorities in this election is despicable. I understand problems with the economy. I understand all the problems with Hillary Clinton, I do. But certain things in our country should disqualify you, and the fact that millions and millions of Americans don’t think that racism and sexism disqualifies you to be our leader, in our country… We presume to tell other countries about human-rights abuses and everything else. We better never do that again, when our leaders talk to China or anybody else about human-rights abuses. We just elected an openly, brazen misogynist leader and we should keep our mouths shut and realize that we need to be learning maybe from the rest of the world, because we don’t got anything to teach anybody.”

“I thought it took a lot of guts for Stan to say what he did. I think a lot of us feel similarly. For me, probably the biggest disappointment with this whole election was the level of discourse. There should be some level of decorum, respect and dignity that goes with the election of the presidency. It went out the window. Maybe we should’ve seen it coming over the last 10 years. You look at society, you look at what’s popular. People are getting paid millions of dollars to go on TV and scream at each other, whether it’s in sports, politics and entertainment. I guess it was only a matter of time before it spilled into politics…. But then all of a sudden you’re faced with a reality that the man who is going to lead you has routinely used racist, misogynistic, insulting words. It’s tough when you want there to be some respect and dignity. There hasn’t been any. You walk into a room with your daughter and your wife who have basically been insulted by his comments. And they’re distraught. You walk in and see the faces of the players who have been insulted directly as minorities, it’s sort of shocking. It really is. We talked about it as a team this morning. I don’t know what else to say. Just the whole process has left us feeling disgusted and disappointed. I thought we were better than this. I thought The Jerry Springer Show was The Jerry Springer Show. Watching the last debate, Trump would make a crack at Clinton, and you’d hear the fans in the stands ‘Oooooh, oh, no, he didn’t.’ Oh, yes he did. This is a presidential election, not The Jerry Springer Show.”

If we are truly going to lay siege to Trumpism, more people in the sports world are going to need to speak out. But this is a start and a sign that the election of Trump is not going to inexorably lead to silence.