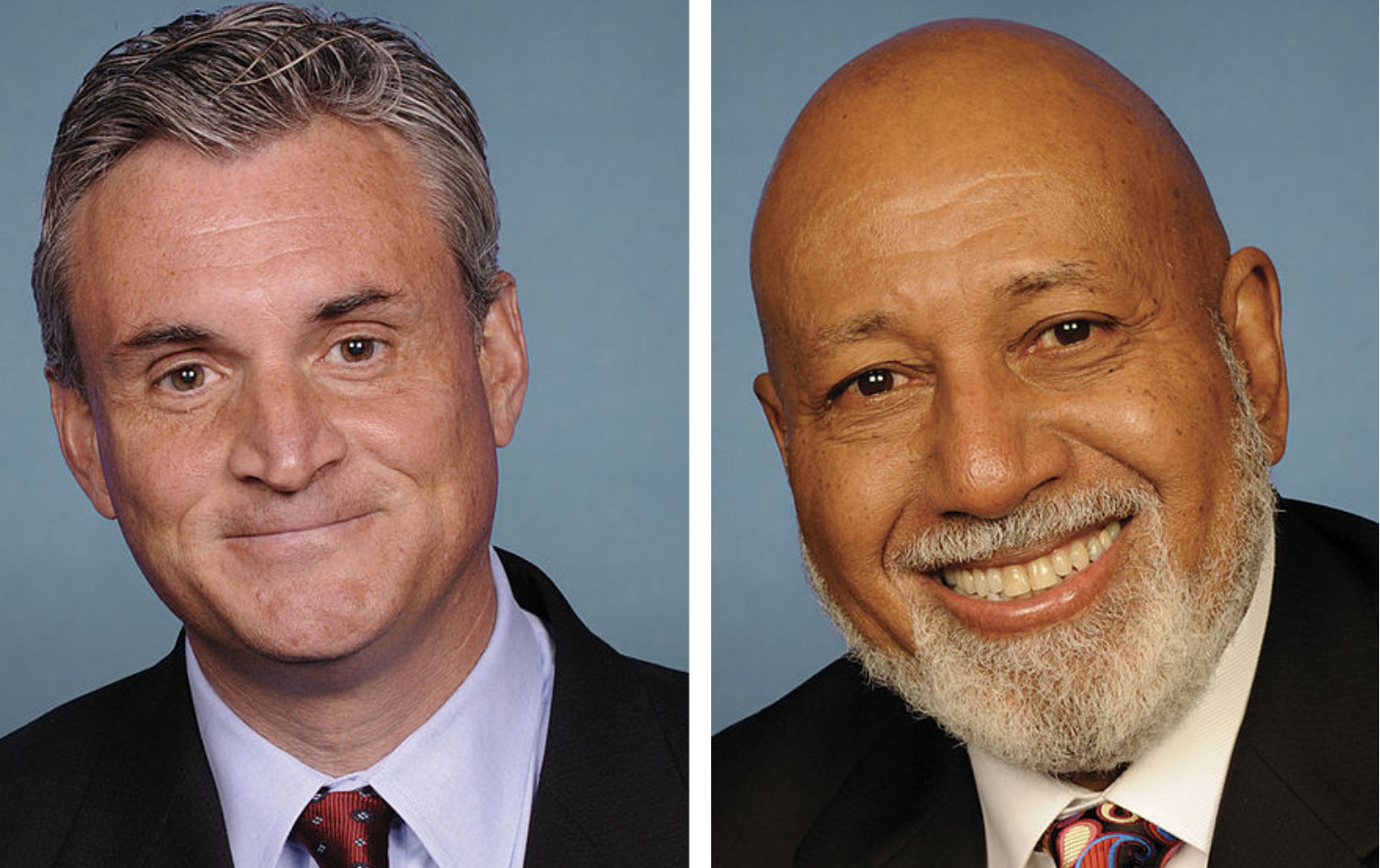 Democratic Reps. Rob Andrews of New Jersey and Alcee Hastings of Florida are trying to protect the for-profit career college industry. (Photographs courtesy of the US House of Representatives)

Students and veterans helped deliver big campaign victories for the Democratic Party in recent elections. Now, some Democratic lawmakers are thanking them by trying to ensure that predatory businesses can rip them off and saddle them with a lifetime of debt.

TheNation.com has learned that a small group of House Democrats, led by Representatives Rob Andrews of New Jersey and Alcee Hastings of Florida, are organizing an effort within the caucus to protect the for-profit career college industry from any meaningful regulation. The two congressmen are among the largest recipients of campaign cash from the industry. Campaign finance data compiled by TheNation.com show Hastings has received $54,500, and Andrews $78,547, from for-profit college executives and political committees.

Unlike non-profit private or public universities, proprietary career colleges exist to make money; lot's of it. For-profit colleges take in some $33 billion in taxpayer money annually, funds designed to help veterans and students afford college. For many critics, the entire industry is built upon fraud. Multiple investigations show systematic deception in the industry — recruiters lying to students about job placement rates, students graduating with incredibly high debt with few employment prospects, and marketing campaigns that obscure what is often a low-quality education.

Students that have gone to for-profit colleges are not only more likely graduate with high levels of debt — for-profit students hold $31,190 dollars in debt on average, compared to $17,040 at private, nonprofit institutions and $7,960 at public colleges — they are also three times as likely to default on their loans.

As Adam Weinstein reported for Mother Jones, for-profit colleges have also targeted returning soldiers to take advantage of their GI benefits. “Some for-profits have cleaned out students' military benefits while also signing them up for thousands of dollars in loans without their knowledge. A vet who enrolled at the largely online Ashford University after being told the GI Bill would cover his tuition ended up owing the school $11,000,” Weinstein noted.

In 2010, the Department of Education proposed modest rules to mandate that taxpayer money would only go to for-profit schools that could demonstrate that a reasonable number of their students were able to gain jobs after graduation. An intense lobbying effort followed. Career colleges, including the University of Phoenix, Kaplan Higher Education, Devry Inc., The Art Institute (owned by Education Management Corporation), Corinthian Colleges, Grand Canyon University, among others, pushed back through a sophisticated influence campaign. Think tanks and other NGOs were co-opted by industry, dozens of lobbyists were hired, and for-profit colleges pumped campaign contributions into the accounts of lawmakers opposed to the rule. The industry also flooded the department with astroturfed letters. The Obama Administration finally issued a much-watered down version of the rule. Then, the for-profit colleges sued and persuaded a judge to strike it down.

This year, the Obama Administration has promised to re-propose the regulation, and today will reconvene a meeting with stakeholders to move forward with a new version of the “gainful employment&rdquot; rule. During debate over the last version of the rule, virtually every House Republican, joined by a number of Democrats, worked to defeat the regulation. The process seems to be repeating itself this year, with Andrews and Hastings circulating a “Dear Colleague” letter asking other House Democrats to sign a document asking the administration to back down. The letter, obtained in draft form by by TheNation.com, asks lawmakers to contact David Opong-Wadee, a staffer to Hastings, if they would like to join the anti-gainful employment regulation group.

Notably, the Association for Private Sector Colleges and Universities, a trade association for the industry, has given only to two House Democrats in the last three months: Hastings and Andrews.