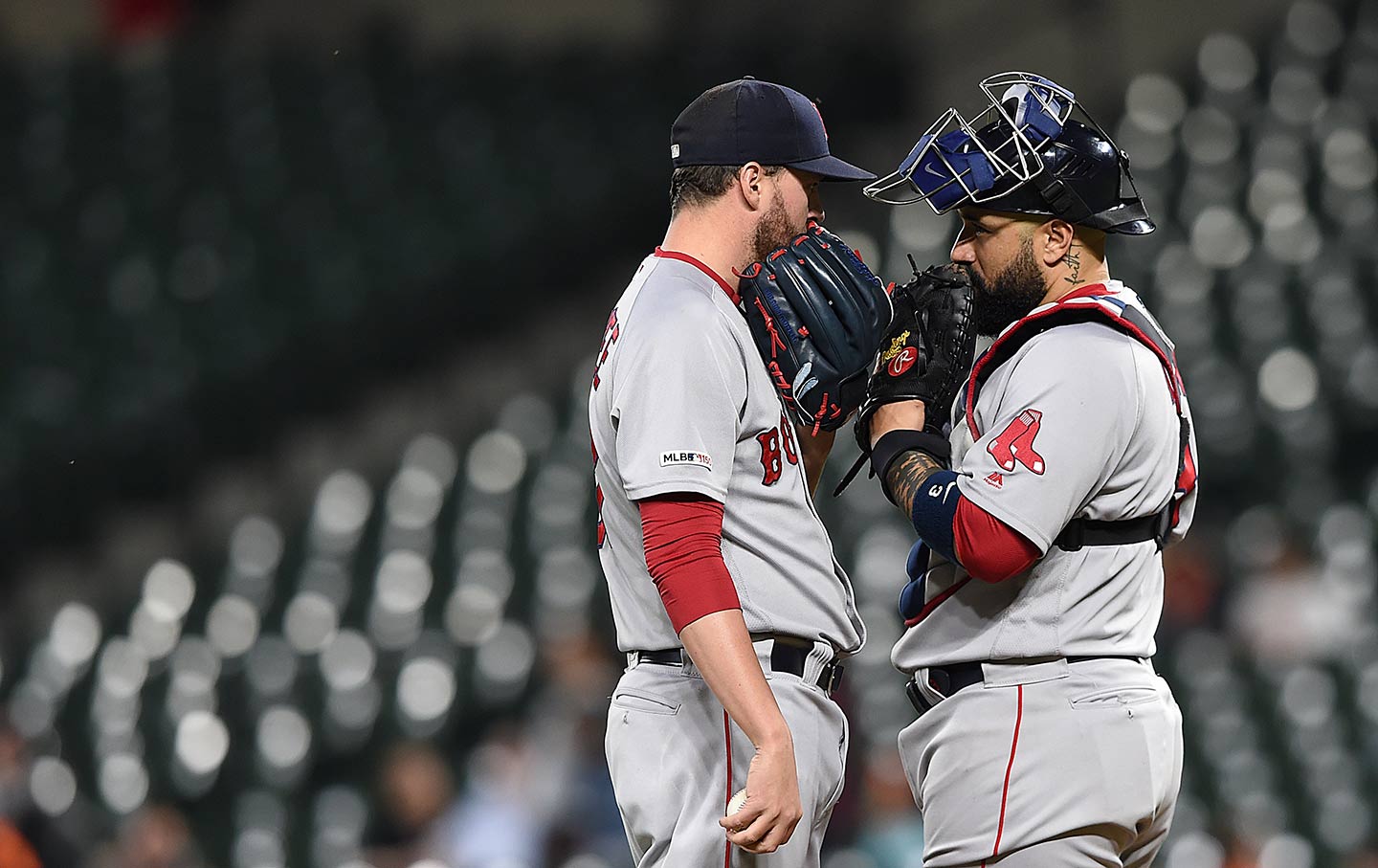 Earlier this week, I wrote about Boston Red Sox manager Alex Cora’s refusal to visit Trump’s White House with his 2018 World Series winning team. His rejection of the trip was in protest of Trump’s malignant inaction after Hurricane Maria hammered Cora’s native Puerto Rico. Cora’s protest has spread throughout the team, albeit with results Red Sox ownership surely did not foresee when they publicly declared that anyone could attend or not attend, per their personal wishes.

Now, Mookie Betts, Xander Bogaerts, Jackie Bradley Jr., Rafael Devers, Sandy León, Eduardo Núñez, David Price, Christian Vazquez, and Héctor Velázquez have said they would be declining the invitation. Every one of those players is a person of color, either US-born or an immigrant. The 20 players who are going are all white and US-born, besides Miami-born J.D. Martinez, whose family is from Cuba. (It’s worth noting that Martinez has a penchant for squirrelly right-wing memes on Instagram.)

The players are well aware of this racial divide imposed by the politics of this administration. Boston-based sports columnist Steve Buckley tweeted that it would be just “the white Sox” attending Trump’s party of McNuggets and Sprite. David Price retweeted Buckley’s words with the message, “I just feel like more than 38k should see this tweet.” The players, unlike Cora, have largely been quiet about why they are refusing, other than Velázquez—who is from Mexico and said that Trump “has said a lot of stuff about Mexico” and had no desire to offend his home country.

One person who is supporting Cora and the other players is recently retired Red Sox legend David Ortiz. Speaking to radio station WEEI he said, “I’m an immigrant. When it comes down to the political side of it, I don’t know much about politics and things like that, but when it comes down [to] the way immigrants have been treated, it’s something that goes a long way. You don’t want to go and shake hands with a guy who is treating immigrants like [expletive] because I’m an immigrant.”

Red Sox CEO Sam Kennedy commented to The Washington Post about the possible divide in the locker room along racial lines. He said:

We were concerned about that and understood it might be a possibility. We’ve just made it very clear to the players it’s their choice and it’s their right to attend or not attend. We’re pleased our players have not only talked about it among themselves in the clubhouse but also with us. I hope the players are happy with the way it has been handled, which is [by making clear] that this is an honor. This is not a political statement of any kind. We knew an issue like this could become divisive, so we addressed it. There’s no division in the clubhouse that we know of right now.

Kennedy says that there is “no division in the clubhouse” but it is difficult to not see how the Red Sox, already off to a disappointing 18–19 start, don’t have this resonate. Their record however is not nearly as disappointing as the absence of allyship that white players are showing with their Black and immigrant teammates. Seth Blumenthal, a senior lecturer at Boston University, has remarked that these players should “look at [Celtics legend Bob] Cousy’s letter to Bill Russell.” Bob Cousy, now 90, cries today at the thought that he “should have done more” to fight racism at the civil-rights-supporting center’s side. He says, “I should have been much more sensitive to Russell’s anguish in those days.” It reminds me of something that 1968 Olympic protester John Carlos once told me. He said that he has no regrets and that “the people with regrets are the ones who were there in 1968 and chose to do nothing.”

There will be a reckoning about the profound cruelty that this administration has inflicted on immigrants and asylum seekers—separating families, putting children in cages, creating camps on the border—and people on the Red Sox are simultaneously marking themselves on both sides of this political question for all of history. One group will be able to hold their heads high. Another will be distinguished by their political lassitude. It’s as clear as black and white.