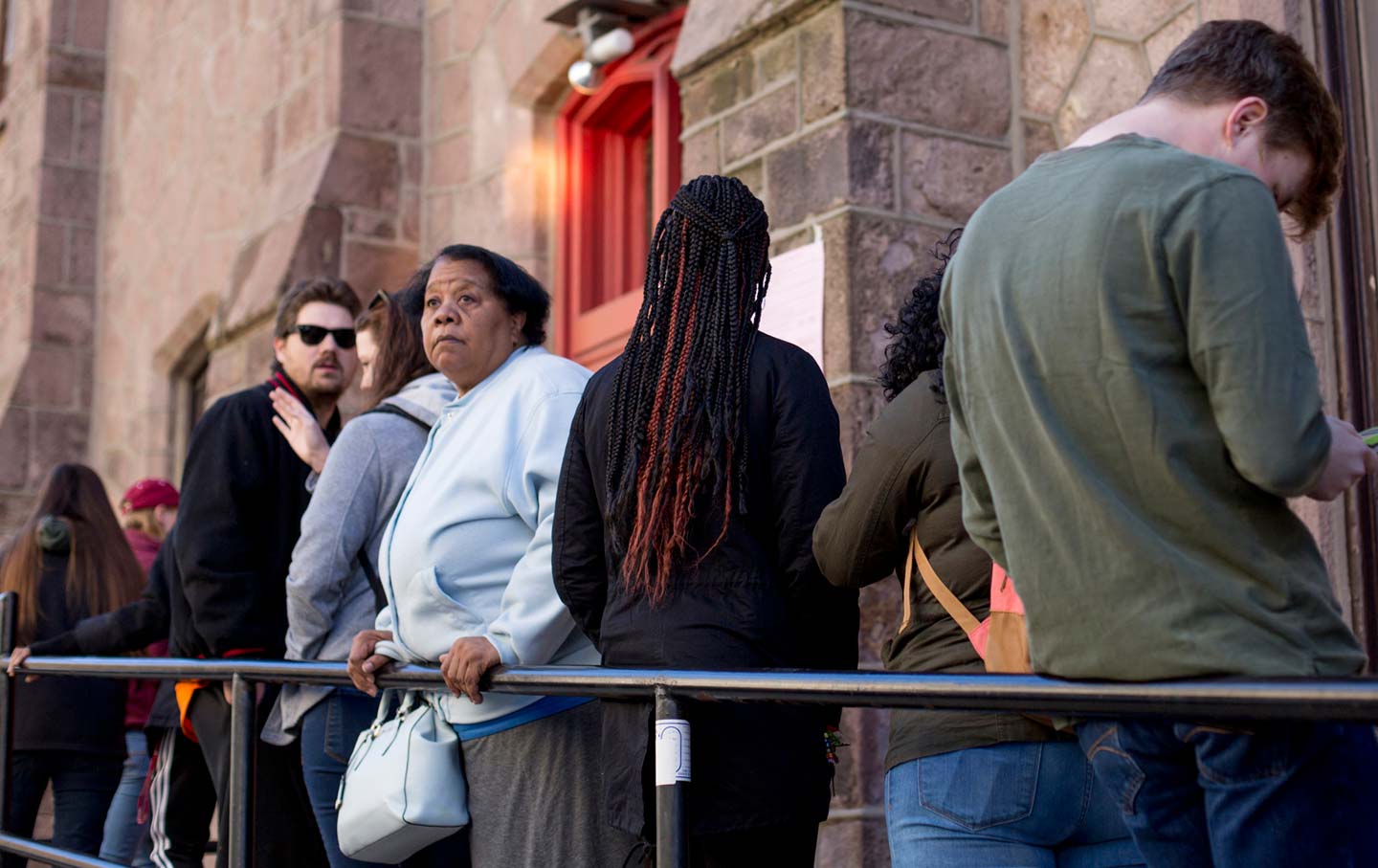 Philadelphia, PA—For weeks leading up to the election, Donald Trump intimated that people in “certain areas” (or “other communities” or “certain sections”) might steal the election. Trump was universally understood to be talking about inner-city, minority-heavy communities, and Trump was particularly focused on Philadelphia. “And we have to make sure we’re protected. We have to make sure the people of Philadelphia are protected that the vote counts are 100 percent,” Trump said in early October. “I hear these horror shows and we have to make sure that this election is not stolen from us and is not taken away from us. And everybody knows what I’m talking about.”

These comments raised the specter that Trump supporters might indeed attempt to “make sure” there was no funny business at polls in the city, by showing up and intimidating potential voters.

But at polling stations across Philadelphia on Tuesday, there was no sign of any such efforts. The Nation visited numerous stations across the city, particularly in West and North Philadelphia, and neither election monitors there nor voters reported any problems.

The city police said as of late Tuesday afternoon there were no reports of armed persons at polling stations—something that did occur in Virginia and Texas—and local civil-liberties groups reported no major disruptions. Local AM talk-radio stations featured a stream of callers checking in and talking about their experiences throughout the day, with no reported incidents of intimidation—although on WURD, a black progressive station, it was on the mind of nearly every caller.

The closest example was when James O’Keefe, a conservative performance artist and convicted criminal, released a short video of himself in disguise trailing a church van that he said was filled with voters. It is not illegal to provide people rides to the polls; it is illegal to harass or intimidate voters. It’s not clear O’Keefe ever interacted with any of those voters.

But overall—not just in Philadelphia, but across the country—reports of voter intimidation were practically nonexistent. That’s a relief after the dangerous and unprecedented rhetoric from Donald Trump as the election drew to a close.

There are still serious dangers, however, that Trump will continue to question the integrity of the election. He raised direct doubts on Tuesday, saying without evidence on Fox News that machines were switching Republican votes to Democratic ones. “It’s happening at various places…. It’s been reported,” he said. Asked if he would accept the voters’ decision, Trump said, “Well, we’re going to see how things play out today.”