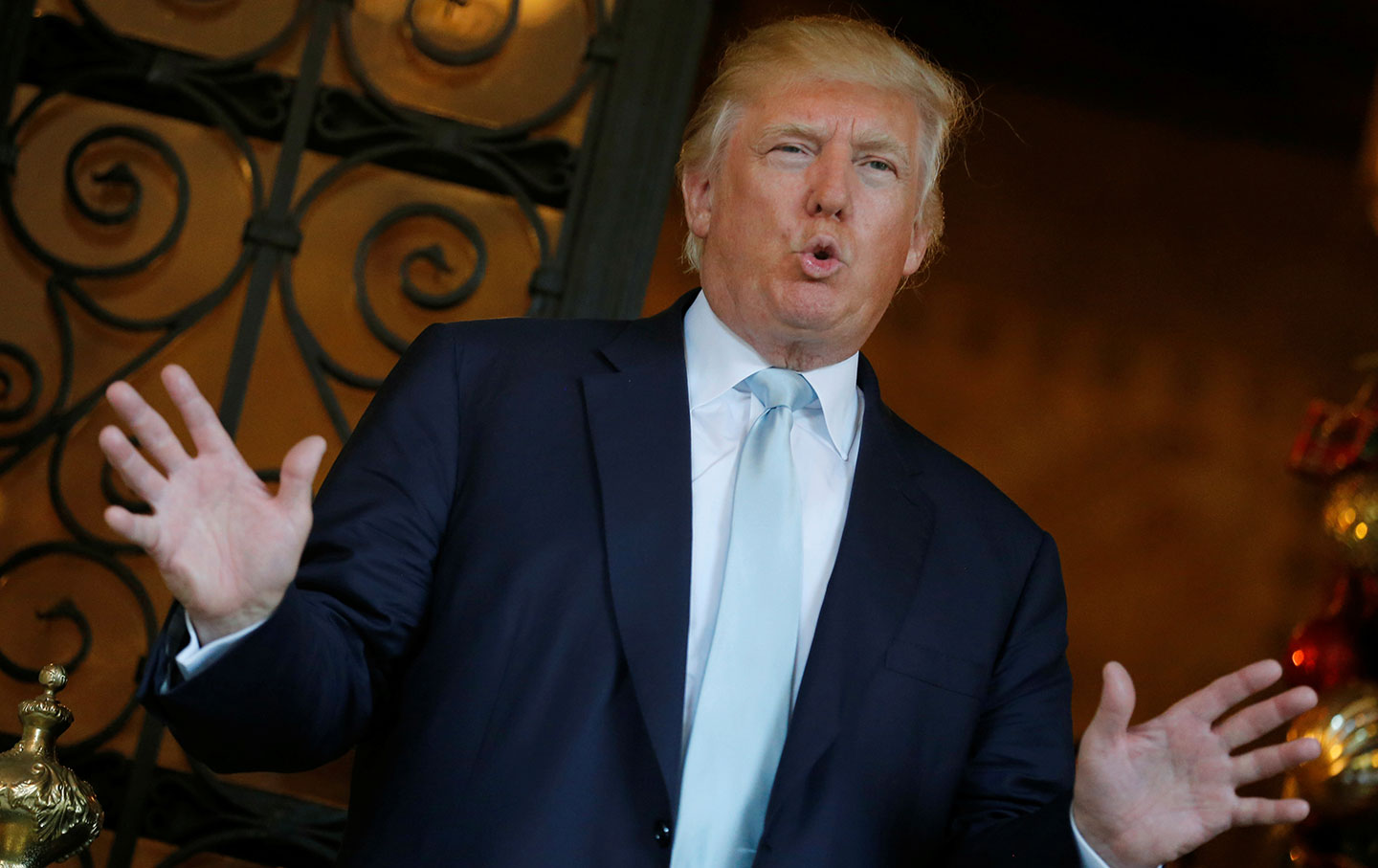 The malevolence of President Trump is now fully revealed. He intends to govern by fright and animosity. His shock-jock assault on Muslim immigrants is now forcing Americans to choose between their fears and their normal regard for people different from themselves. That is, Trump has slyly provoked a clash between ancient religious hatred and the open-door tolerance that Americans claim makes us different from other nations.1

This is a test of character—our American character. What does the nation really believe about itself? Trump designed this event to stampede people into deeper fright and thus justify more extreme measures in the name of self-defense. This is an old, old gambit in US history, and long wars have been launched on such false premises. 2

Trump’s special order on immigrants is also a hoax in its claims of protecting Americans from bomb-toting refugees. The president went to the Pentagon to sign his trick memo as though he were Field Marshal Trump launching a major counter-offensive against the Muslim armies. 3

“We want to ensure that we are not admitting into our country the very threats our soldiers are fighting overseas,” the golden-haired general declared. Nonsense, The Economist concluded, after studying the numbers. “If that is his aim, his order is hogwash,” the magazine reported. In the past 40 years, not a single fatal terrorist attack in America came from anyone from the seven targeted nationalities (Iraq, Iran, Syria, Somalia, Yemen, Libya, and Sudan).4

Missing from Trump’s order were immigrants from Saudi Arabia and the other countries that supplied the 9/11 killers. Never mind. Trump’s storm troopers designed the event for maximum shock value. On a Friday afternoon with little notice, airports here and around the world were abruptly seized by panic. The door to America was suddenly slammed shut, but only for certain people yearning to be free. The White House lawyers unilaterally blocked entry for certain people who Trump claims might be potential terrorists. Check them out or send them back home, no facts or reasons needed.5

The uproar spread around the world, as if the USA had just declared war on Islam. In fact, that was the message Trump wanted to send in our name (while his order did not mention Christians or Jews explicitly, he has expressed a preference for protecting Middle East Christians, as a persecuted religious minority). He didn’t ask permission. He thinks the election gave him the power to do whatever he wants with our reputation. 6

Civil-rights lawyers and others rushed to counter Trump’s gimmick and won a temporary stay on enforcing the executive order. But the White House did not apologize or retreat (except regarding the ban on permanent residents). The Trump team created exactly what it wanted—a breathtaking gotcha on the Statue of Liberty.7

This is the essence of how Donald Trump does politics—provoke a crisis with outrageous threats and promises, ignore or dismiss the usual political order, and monopolize the public dialogue.8

More importantly, Trump has changed the subject (which wasn’t going well for him in political terms) and reminded Americans of how scared they are about Muslims attacking the homeland. Trump garbles complicated realities to his own advantage, and he has the liar’s addiction—he simply selects “alternative” facts when the ones at hand no longer serve his purpose.9

Trump and his alt-right buddies have smeared the American people and stoked their fears for political advantage.

In this case, however, Trump and his alt-right buddies have committed a larger political crime. They smeared the American people and stoked their fears for political advantage. Other peoples around the world, friends and foes alike, know that American self-regard is inflated and often contradicted by our own behavior. We are not the “indispensable nation” celebrated by the cheerleaders. But it remains true enough that the United States is a beacon for a better world and is a refuge for others fleeing strife and tyranny.10

Trump and company are out to destroy that hopeful sense of America the possible. Republican Party leaders are going along with them, hoping they can control these troublemakers and that people won’t notice the injuries. I think the Republicans are once again underestimating Donald Trump.11