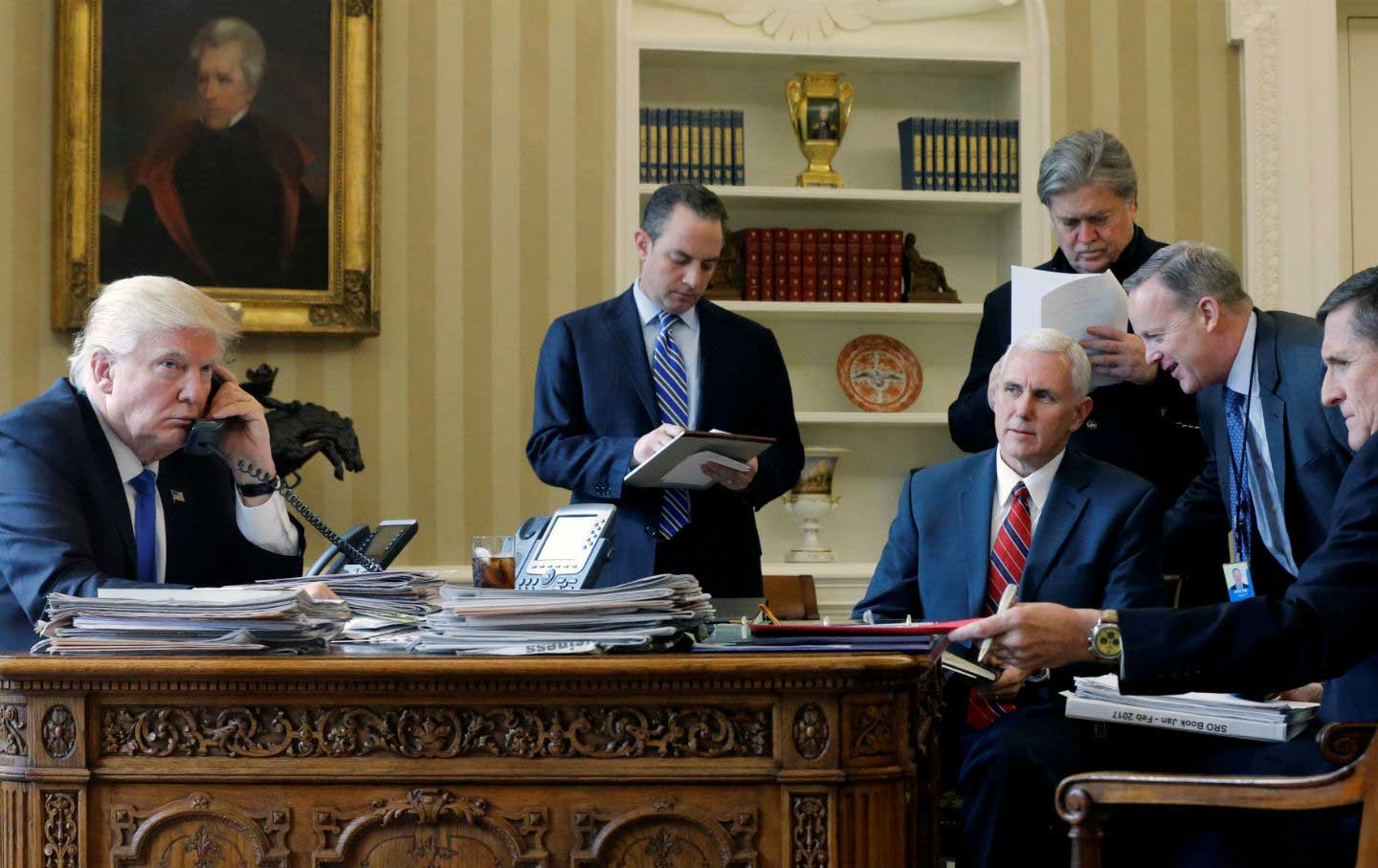 Much attention of late has rightly been paid to Donald Trump’s first budget proposal, which would, among other things, gut federal funding for the arts and public television, cripple the State Department, and decimate funding for the EPA, Planned Parenthood, and regulatory oversight agencies like the Securities and Exchange Commission.

Yet more worrying still is what the Trump administration proposes to spend on nuclear weapons.

Under Trump’s budget, federal spending on nuclear weapons would increase by more than $1 billion in the coming year. But, as Tom Collina, policy director at Ploughshares Fund, recently pointed out, “To be fair, Trump did not start this arms race. That dubious distinction goes to former President Obama, who set the United States on a misguided course to spend more than $1 trillion on nuclear weapons over the next three decades.”

Nevertheless, Trump’s casual disregard for the global nonproliferation regime has been made worse by what is perhaps his most alarming cabinet appointment, that of former Texas governor Rick Perry as Secretary of Energy. Perry, who once proposed to eliminate the very agency he is now charged with leading, was even forced to admit during his confirmation hearing that he only just learned what it is his cabinet agency does.

Meanwhile, Trump’s newly minted Ambassador to the UN, Nikki Haley, in addition to her new role as the administration’s leading anti-Russia hawk, is leading the opposition to a UN treaty that would seek to abolish nuclear weapons. The treaty, which is supported by over 120 countries, has also gained the endorsement of over 2,000 scientists, who recently signed an open letter which noted that “Nuclear arms are the only weapons of mass destruction not yet prohibited by an international convention, even though they are the most destructive and indiscriminate weapons ever created.”

Some experts have also pointed out that the fraught state of relations between the US and Russia only adds to the risk of a nuclear conflagration—accidental or otherwise.

At a recent news conference in Washington, members of the Deep Cuts Commission, an international group of arms-control experts which “seeks concepts on how to overcome current challenges to deep nuclear reduction,” voiced their concerns over the growing nuclear danger and described the myriad ways in which the downturn in US-Russia relations are affecting cooperation in the nuclear arena.

An American member of the commission, the respected arms-control expert Steven Pifer, warned that US-Russian relations are at the lowest point in years and that a “military to military dialogue” is urgently needed in order to avoid dangerous incidents and accidents from occurring in places like Syria. Pifer noted that during a recent call between Trump and Russian President Vladimir Putin, when Putin suggested extending the New START nuclear-arms-reduction treaty by 5 years, Trump seemed confused as to what treaty Putin was referring to. Other reports indicate that Trump went so far as to denounce the treaty. According to The Guardian, “when Putin brought up two issues on which their countries had cooperated on, New Start and the 2015 nuclear deal with Iran, Trump lost his temper, dismissing both as strategic losses for the US given away by Barack Obama, and he began hectoring Putin.”

Given the erratic nature of the current occupant of the Oval Office, California Governor Jerry Brown has become increasingly outspoken over his concerns of the heightened nuclear risk. Brown was recently in Washington, where he attended a meeting of the Nuclear Threat Initiative, which he recently joined as a board member, because, as Brown told The Sacramento Bee, “I think the world is getting closer to the brink of destruction.” “It’s bad,” he stated. “And there is goofing off on a bunch of sidebar activity, in my opinion. What we have to do is everything possible to at least start talking.”

Democrats, who seem to be currently in the grip of an anti-Russia frenzy, might do well to keep in mind Gov. Brown’s recent warning that with regard to Russia and nuclear issues, “you’ve got to talk. All this chest-beating doesn’t go anywhere.”

Fortunately, the urgency of the situation has also registered in the US Congress. In late January, California Congressman Ted Lieu and Massachusetts Senator Ed Markey introduced the Restricting First Use of Nuclear Weapons Act of 2017, which would prohibit the president from launching a nuclear first strike without a declaration of war by Congress. The bill, which has gained 24 co-sponsors in the House but only four in the Senate, declares that “By any definition of war, a first-use nuclear strike from the United States would constitute a major act of war,” therefore “a first-use nuclear strike conducted absent a declaration of war by Congress would violate the Constitution.”

Taken together, the work of the Deep Cuts Commission, the Nuclear Threat Initiative, and Representative Lieu and Senator Markey represent the emergence of a broad international coalition in support of non-proliferation, whose work takes on an added urgency in the age of Trump.