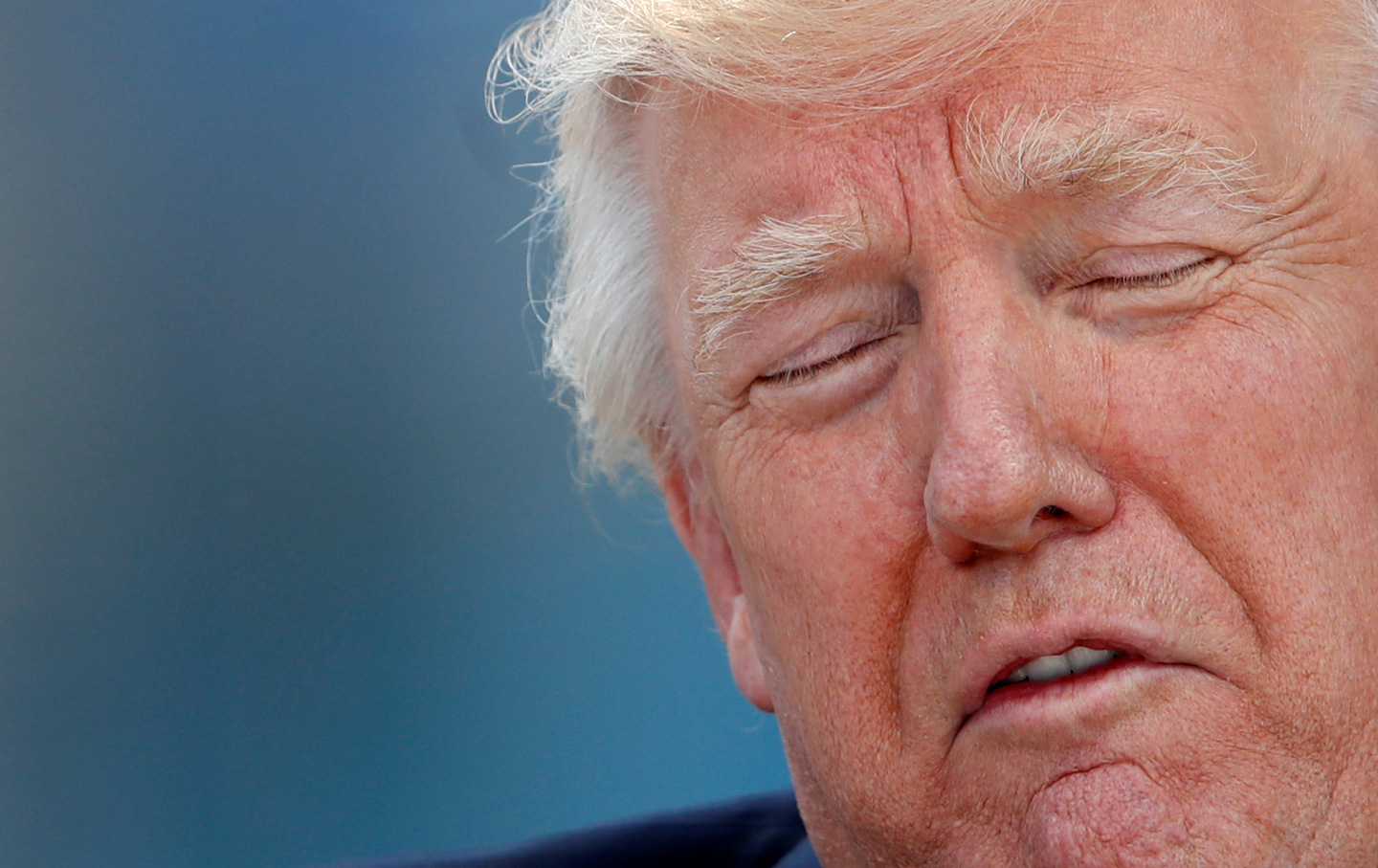 Donald Trump speaks at the start of the NATO summit in Brussels, May 25, 2017. (Reuters / Christian Hartmann)

Only 17 percent of Americans approve of Republican efforts to repeal and replace Obamacare; George Zornick says maybe that explains the secrecy of Senate Republicans in drafting their bill.

Also: Why are young people voting for old socialists?  Sarah Leonard comments on the support for Bernie Sanders, Jeremy Corbyn, and similar candidates across Europe.

And Jedediah Purdy responds to critics of Henry David Thoreau and Walden, outlining the radicalism of his politics and his writing.