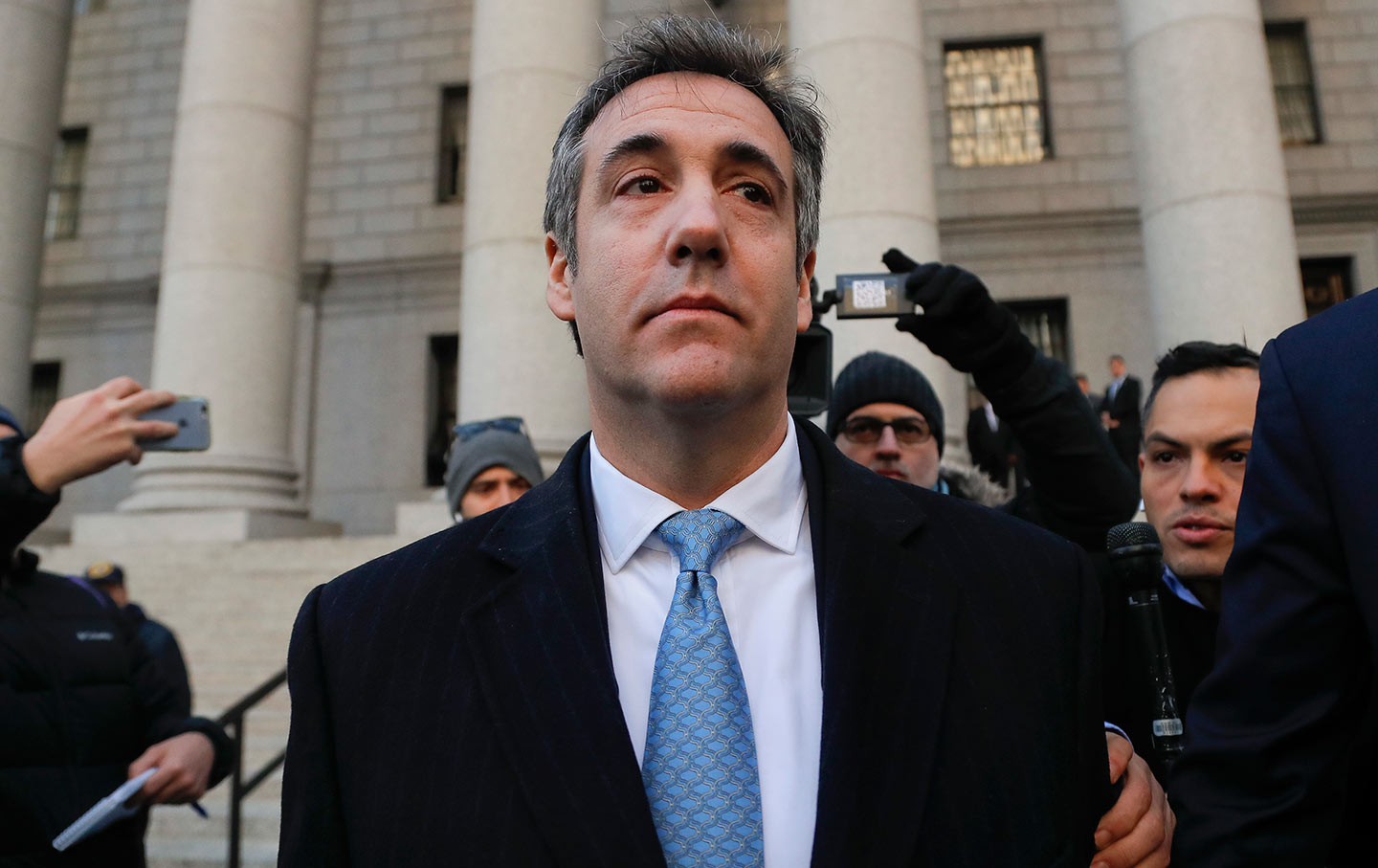 Donald Trump’s longtime personal attorney and fixer, Michael Cohen, has now acknowledged that he lied to a pair of congressional committees about the extent of the president’s ongoing engagement with Russian interests during the 2016 presidential campaign. This revelation comes as part of a plea agreement in which Cohen admits his guilt and explains that he sought to cover up for Trump when testifying last year to the House Permanent Select Committee on Intelligence and the Senate Select Committee on Intelligence.

The news has rocked Washington, as it highlights the extent of Cohen’s cooperation with special counsel Robert Mueller’s investigation into wrongdoing by Trump’s inner circle—and, as seems increasingly likely, the president himself. “Thursday’s revelations are potentially significant because they appear to show that Trump was engaged in business dealings with Russia in the midst of a campaign in which Moscow interfered to help elect him,” reported CNN. “They could also intersect with other information that Mueller knows to create political and legal jeopardy for the President.”

Amid a chaotic flurry of presidential tweets attacking Cohen as “a weak person,” speculation about whether the president might pardon former campaign chairman Paul Manafort and pronouncements from lawyers, it fell to Jerrold Nadler to remind Americans of what they now know—and of what is now at stake.

“We must allow this investigation to run its course without interference from the president or his allies on Capitol Hill.” —Jerry Nadler

Nadler, the New York Democrat who in January will become the chairman of the powerful House Judiciary Committee, got to the heart of the matter, saying:

Lying to Congress is a serious crime with serious consequences. Mr. Cohen has now admitted to lying about his contacts with Russian officials on behalf of President Trump. His guilty plea contemplates Mr. Cohen’s further cooperation with investigators. Anyone who still believes that this is a “witch hunt” must now face the reality that the investigation appears to be closing in on the president.

Nadler, who has watched more than his share of investigations and inquiries during the course of a quarter-century in Congress, recounts the accomplishments of the Mueller team, noting that “The Special Counsel has now secured guilty pleas from President Trump’s personal attorney, his campaign manager, his deputy campaign manager, a foreign policy advisor to his campaign, and his National Security Advisor. He has filed 191 charges against more than thirty individuals—almost all of whom are in President Trump’s orbit, Vladimir Putin’s orbit, or both. The President can pretend that this investigation has nothing to do with him and nothing to do with Russia, but these indictments speak for themselves.”

They also speak to the need to protect an inquiry that will cause an agitated president to become more agitated. Trump was ranting Thursday about how “Michael Cohen is lying and he’s trying to get a reduced sentence for things that have nothing to do with me.” But the greater concern is that a shaken president and his embattled allies might yet seek to undermine, or even to shut down, an investigation that Trump now claims is “doing TREMENDOUS damage to our Criminal Justice System.”

“We must allow this investigation to run its course without interference from the President or his allies on Capitol Hill,” says Nadler. “As the new Congress begins, these developments make clear that my colleagues and I must step in and provide accountability. No one is above the law, not even the president, and our job will be to check his impulse to abuse his office to protect himself. We will do everything in our power to allow the special counsel to finish his work and follow the facts and the law to their conclusion.”