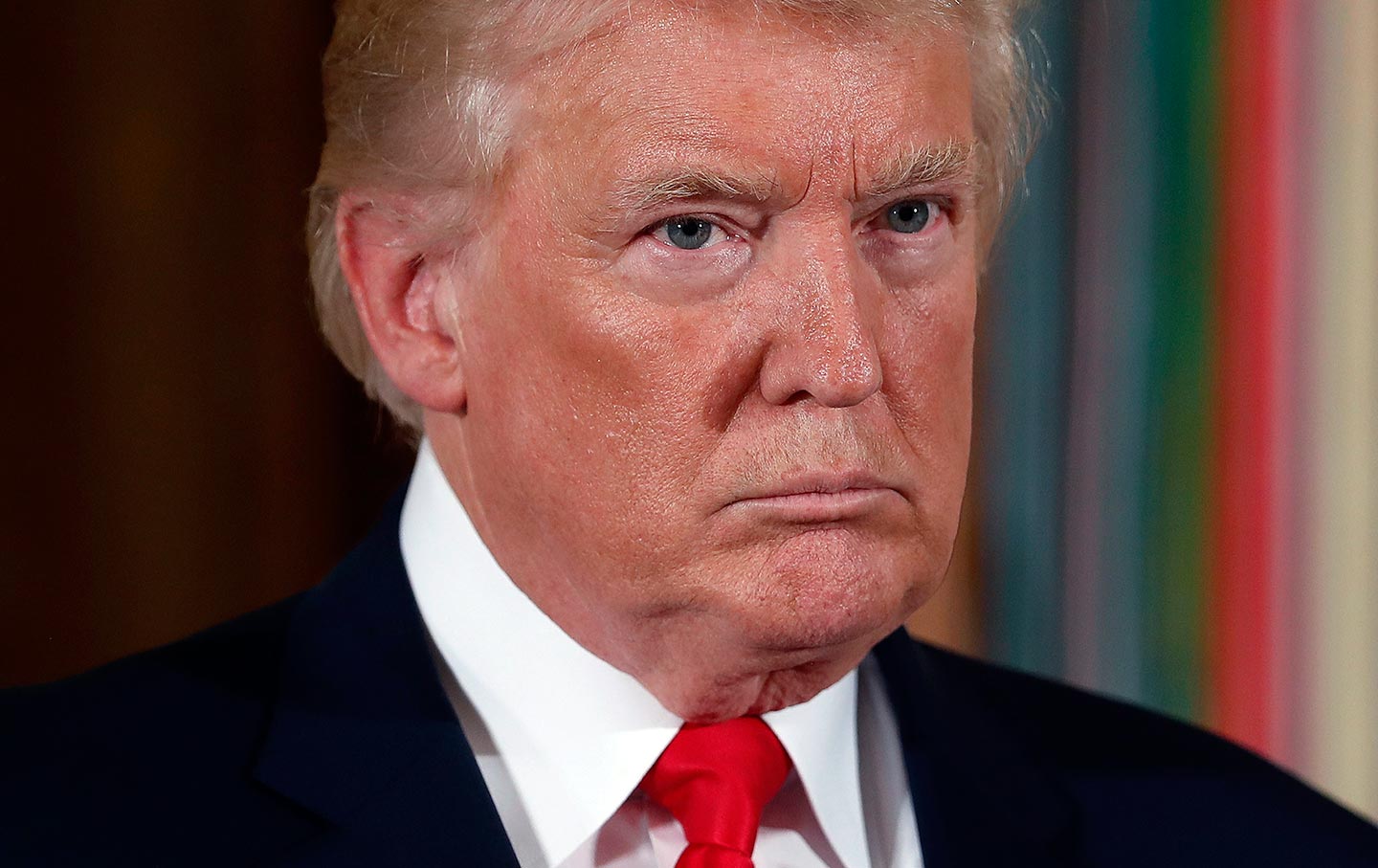 Republicans used to recognize the difference between right and wrong, between good and evil. The party’s great moral champion in the moment when it became the political tribune for a wave of 19th-century abolitionist sentiment, Pennsylvania Senator Thaddeus Stevens, proclaimed, “I can never acknowledge the right of slavery. I will bow down to no deity however worshipped by professing Christians—however dignified by the name of the Goddess of Liberty, whose footstool is the crushed necks of the groaning millions, and who rejoices in the resoundings of the tyrant’s lash, and the cries of his tortured victims.”

That is the language that Republicans once spoke.

But Americans have not heard any echoes of that language in the awful response of Donald Trump to the racist terror that has rocked Charlottesville, Virginia.

When white nationalists marched with the flag of the slaveholders that Stevens and his comrades vanquished more than a century and a half ago, when these so-called “neo-Confederates” unleashed hatred and violence in Charlottesville, the Republican president of the United States attempted to equate their infamy with the principled resistance to racism and xenophobia. 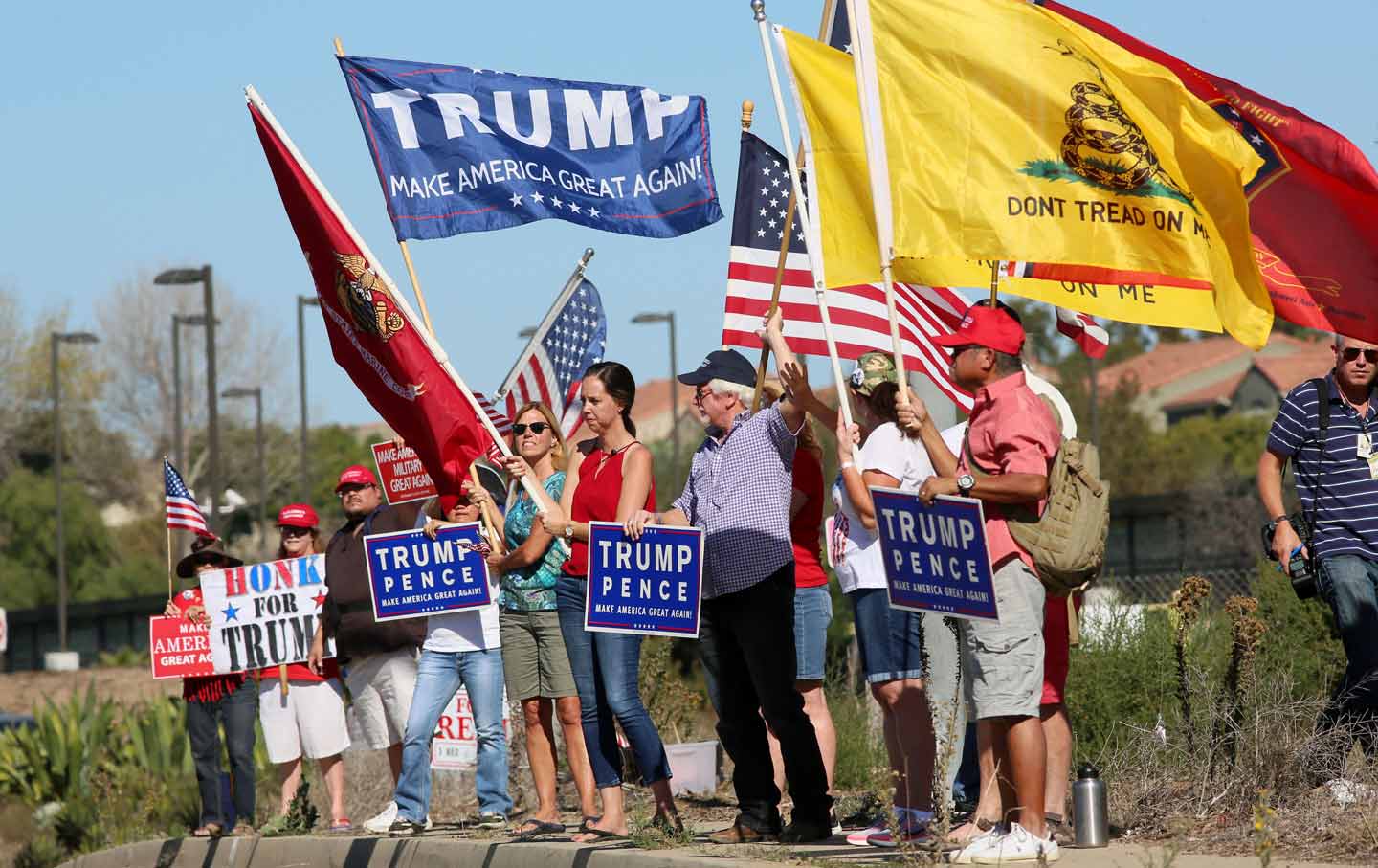 “I should put out a comment as to what’s going on in Charlottesville,” said the president, who then proceeded to announce that “We condemn in the strongest possible terms this egregious display of hatred, bigotry and violence on many sides, on many sides.”

Trump then sought to absolve himself of any responsibility by noting that this hatred, bigotry, and violence—which has flared so horrifically since last year’s presidential election—has been “going on for a long time in our country. Not Donald Trump, not Barack Obama. A long, long time.”

Trump’s final observation was correct: the American crisis is not new. Heather Heyer, the 32-year-old Charlottesville paralegal who died Saturday after a car driven by a man linked with the white supremacists plowed into a crowd of peaceful antiracism demonstrators, was certainly not the first supporter of equality to be murdered in this country.

But to equate the champions of equal justice under law with the vile racists who march beneath the banners of slaveholders and segregationists is beyond defense.

At a moment when the country needed a president to speak with moral authority, Trump failed the test. Miserably.

The only question that remains involves his fellow Republicans. Will they finally put principle above party and reject this pathetic excuse for a president?

The great name of the Republican Party has already been dragged through the mud — not just by Donald Trump but by every Republican who has to this point facilitated his presidency.

As Trump exploits and extends resentment for purposes of politics and self-aggrandizement, he affronts the legacy of the party of Abraham Lincoln and Thaddeus Stevens. He cannot help himself, or his party, or his country. But Donald Trump is not the whole of the Republican Party. Not yet.

Other Republicans still have an opportunity to reject the destructive politics that the president is employing, a politics that is rapidly turning the party of Lincoln into the party of Trump. This will only happen, however, if they have the courage to make an explicit and unapologetic break with their president.

It is not enough that House Speaker Paul Ryan, R-Wisconsin, and senior Republicans such as Arizona Senator John McCain have issued more responsible statements than did Trump. They have a duty to condemn a Republican president who had done everything in his power to divide the country, and who is now making things much, much worse.

The burden rests heaviest on Paul Ryan’s shoulders. He is right to say that “White supremacy is a scourge. This hate and its terrorism must be confronted and defeated.” But the speaker must understand that confronting and defeating slaveholders, segregationists, neo-Confederates, and alt-right haters has always required the moral clarity that Republicans like Thaddeus Stevens mustered in the party’s founding time.

Donald Trump’s crudely constructed and crudely stated arguments for moral equivalency are an affront to the long legacy of the Republican Party, and to human decency. If Ryan and other leading Republicans fail to confront Trump, if they will not hold their president to account, they are facilitating his heresy—and the damage to society that extends from a Republican president who governs with no sense of history, and no sense of honor.