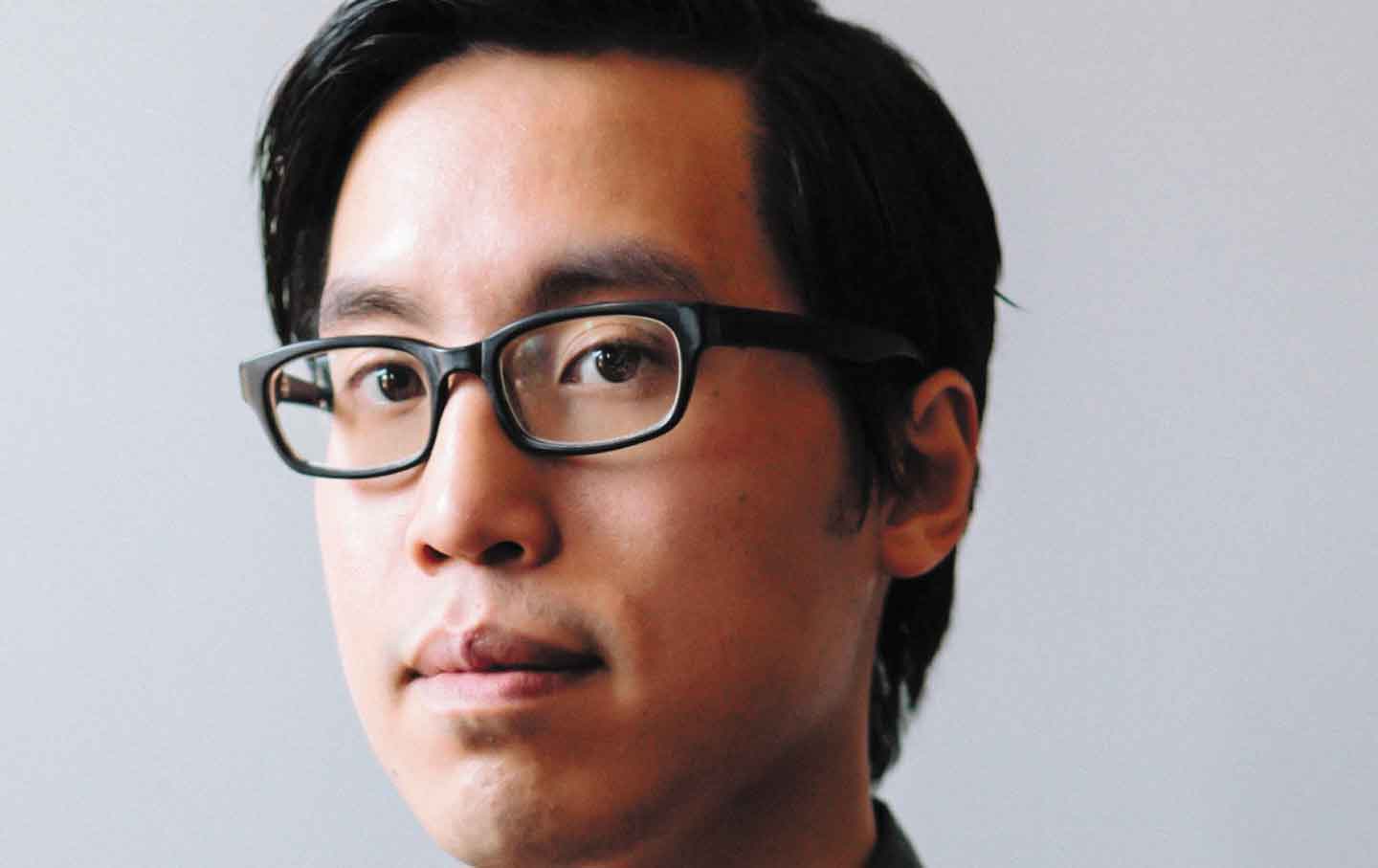 In the same way that certain people are always conscious of being looked at—thespians of everyday life—certain books are aware of being read. Crafted but self-conscious, these books luxuriate under the reader’s eye, ready for examination. And some go further still, tautly anticipating their readers’ responses. Private Citizens (HarperCollins; $14.99), the debut by Tony Tulathimutte, is one such novel, hyperaware of its embodiment.

The novel opens with its four protagonists—Cory, the devout activist; sick, sad Henrik; washed-up party girl Linda; and the rageful Will—on a trip to the beach:

A little crowded. But this weather. So nice. Days like this you have to have fun or you’ll hate yourself when you’re older.

So the prologue ends. Who’s speaking? For now, let’s call it the authorial voice, though we all know it’s a mistake to conflate the characteristics of a book with those of its author. This voice always seems to delight in being a half-step ahead of the reader—not to mention of the characters, who are astutely observed and terribly endearing, even at their worst.

As the narration darts, birdlike and aerial, through the perspectives of each character, we’re introduced to their neuroses and their silent judgments of one another. Cory finds herself saddled with the responsibility of managing a failing  nonprofit after her boss dies on the job. Henrik, a grad student, mixes his meds in an attempt at clarity, in scenes reminiscent of Leonard Bankhead in Jeffrey Eugenides’s The Marriage Plot. Linda mixes her meds too, but for recreational purposes—the sheer scale of her drug cocktails is the first suggestion that the novel’s outsize world is thoroughly intentional. Will, whose perspective grows to dominate the book, grapples with recurrent feelings of insecurity about how to keep his girlfriend, the beautiful, paraplegic, entrepreneurial Vanya.

Racism in America—where the fear of others and their perceptions so often guides reactionary behavior—lingers behind the novel’s plot. And because Private Citizens, with its millennial characters, is so much a part of its time, that reality haunts its reading, too. From the first chapter, readers and characters alike learn to heed the same directive: Shore up your defenses.

Will, the character most battered by the novel’s twists, takes great steps to avoid the things that might cause others to perceive him negatively. When he gets a haircut, he’s careful to eschew spikes, frosted tips, and anything that would make him look “too” Asian. Of course, this all breaks down spectacularly in a scene where Will, strapped into his sousveillance suit (a souped-up GoPro, broadcasting live to Vanya’s web audience), gets into a fight with a guy who’s hassling an Asian girl on the bus. Will has the worst-case scenario in mind and speaks up, intending to do a good deed. But the joke’s on him: “‘Leave me alone,’ the girl said, absurdly. ‘I didn’t ask you to rescue me. You’re both creeps.’”

Will gets his pants pulled down; shamed, he only barely remembers to “dump” the webcam footage. The joke’s on us, too: Why would we ever think such an encounter would go well for him? That’s not how life works. Contemporary fiction likes making heroes of its characters with marginalized identities, but Tulathimutte doesn’t grant us that pleasure. Will is a complex and dislikable character. That we still feel for him rests not on the fact of his being Asian American, but instead upon Tulathimutte’s construction of a world that’s ridiculous enough for truths to stand out among the absurdities. And it’s also a world in which no one is safe.

It’s a refreshing approach. The more typical treatment—in a novel like Chimamanda Ngozi Adichie’s Americanah, for example—feels more like a history lesson than literature. Where Private Citizens succeeds is in its use of over-the-top scenarios, not because that’s how life really is, but because that’s how it really feels. Which might be the same thing to a millennial; subtlety would be too subtle. Stories about when race matters or how racism works need not be grim or massive, though those stories exist. Instead, nowadays, we rely on narratives of nuance; in certain liberal cities and in certain online spaces, race is to be found among the little things. The last year’s campus protests have magnified the word “microaggression”: Was it really race that got in the way? Maybe he was just more qualified for the job. Tulathimutte’s debut explodes that nuance.

When Vanya encourages Will to get eyelid surgery, her reasoning takes a neoliberal tack. She’s already shortened his unmanageably long surname for the sake of an online venture, claiming it will simplify the task of marketing him. In the same way, Vanya argues that the surgery isn’t a comment on Will’s person, but a means of creating the optimal version of himself: “This isn’t about changing your identity, but managing how you think other people perceive you—your projected self-image. Nothing’ll really change except your outlook.” Will, Vanya believes, has a persecution complex. “Identities don’t happen to you, you create them. You wear what expresses you.”

“Unless you’re a minority,” Will replies. “Then you wear what other people put on you.” The argument over his surgery isn’t about whether racism exists; it’s about how Will isn’t doing enough to free himself of it. But the argument is stuck in its own trap. Tulathimutte lampoons the language of race by inflating it like a balloon. Of course it’s ridiculous that Will would consider the surgery. Of course he does it. Of course it goes horrifically. Did we really think it was going to work out?