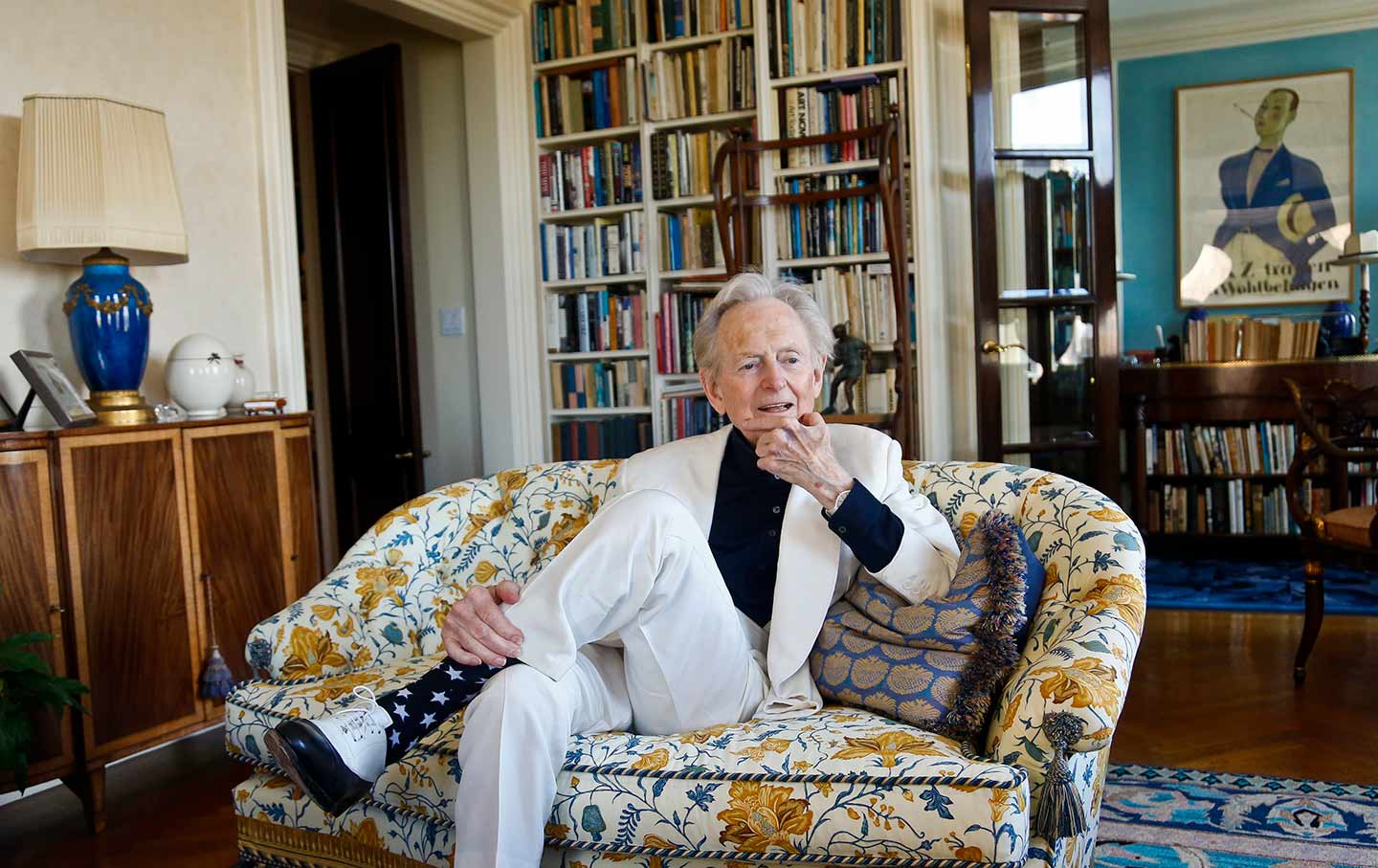 American author and journalist Tom Wolfe Jr. appears in his living room in New York during an interview about his book The Kingdom of Speech in 2016.

I can offer no profoundly original critique of the late Tom Wolfe’s writings, no comprehensive overview, even though I belonged to the same generation of arriviste writers in New York City, and his influence on us was profound and near irresistible. I resisted imitating him by resorting to parody, a reliable purge. But, let it be said, parody only works when the parodied one has a style, which Wolfe did in even more spades than a straight flush.

He exploded on the scene like a New Journalism comet and kept himself aloft by superior, mostly tasteful self-promotion, hard work, and good journalism. “A boy has to sell his books,” Truman Capote said, but when Wolfe did it, it was artful over-the-topness  grounded in the right stuff and the true facts, ma’am.

He was, otherwise, a politically reactionary dandy of late capitalism whom it was a disaster for up-and-comers to try to emulate, unless you could easily afford that six-figure wardrobe and bring off the pyrotechnical prose. And if you succeeded in the latter, you simply proved that Wolfe mostly did it better. And often funnier. RIP.