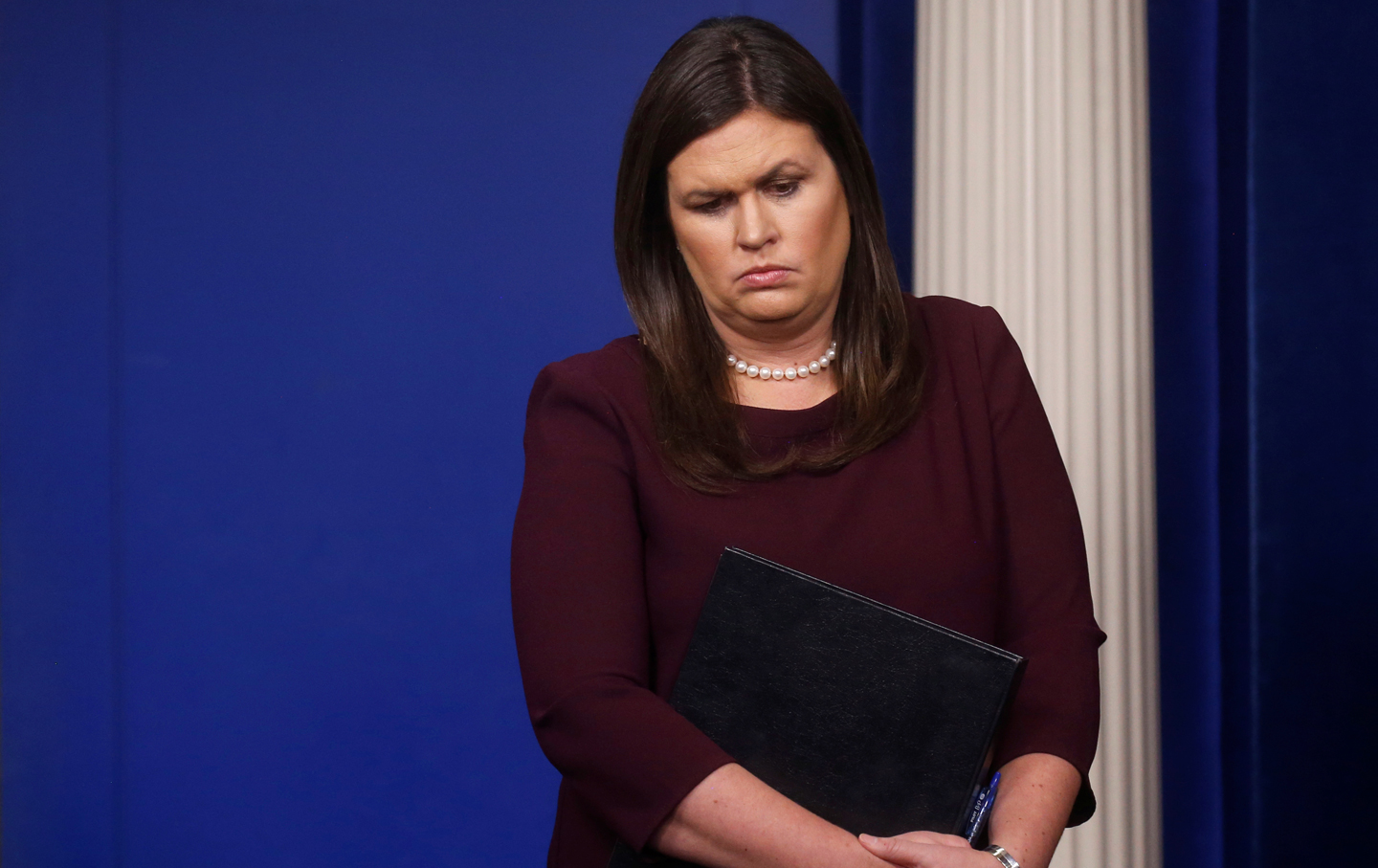 Just for the record: Yes, I believe a tape exists of Donald Trump saying the N-word. His entire career, from its beginnings in Queens, has been marked by disdain for racial change. He helped his dad discriminate against black tenants in their apartment buildings and demanded the death penalty for the Central Park Five in the ’80s. The way he threw around the word “pussy” on that Access Hollywood tape made me confident he’d have no trouble using an offensive word for black people as well. The best evidence that such a tape exists is the stunning fact that on Tuesday, Sarah Huckabee Sanders, who regularly lies for her boss, said she couldn’t “guarantee” he was never recorded using that word. Trump himself insists he never uses the word, but on this point, Sanders was unwilling to lie.

Do I think its revelation would doom Trump politically? Probably not. His base won’t care; some will love it. Most of the rest of us already know he’s a racist. We don’t need a tape to prove it.

Still, I’m fascinated with the way the wily Omarosa Manigault Newman is rolling out her book Unhinged and how she’s baiting the president to act out her title, with a half-dozen tweets trashing his former staffer in the last two days. But I’m a little concerned that nothing she produces will sufficiently matter to the media unless she comes up with an N-word tape.

But even without an N-word tape, Omarosa’s book rollout is documenting the way Trump and his administration have degraded the White House in whole new ways. I’m enjoying Omarosa punking her former colleagues by telling these seemingly outlandish tales—Chief of Staff John Kelly fired me in the Situation Room! Donald Trump said he didn’t know! They offered me $15,000 a month essentially to stay silent! The staff once met to handle fallout from the possible release of that N-word tape!—to trigger their prissy denials. Then Omarosa just rolls tape (or produces the very contract she was offered to keep her mouth shut). Her boss and her former colleagues are proven (again) to be liars—and bad liars at that. Sure we already knew it, but the sheer accumulation of evidence has to matter, doesn’t it? Will it?

This is a question about the latest Trump revelation that I’m getting sick of answering, even though it’s my job as a journalist (and particularly a television analyst) to have an answer. This administration is triggering a monolithic nihilism in the media: If we can’t prove X revelation will knock down Trump’s 40-percent or so approval rating—or his near-90 percent with Republicans—then X revelation (along with A, B, C, D—plus Y and Z revelations) are deemed “not to matter.”

But I think we have to report the details and even pore over them a little before our sense of proportion and decency is completely worn away. Take, for instance, the tableau in which Trump staffers scramble to anticipate the release of the legendary N-word tape. The conversation Omarosa taped included herself along with communications staffers Katrina Pierson, Lynne Patton, and Jason Miller. From the CBS News transcript:

Pierson: I am trying to find at least what context it was used in to help us maybe try to figure out a way to spin it.

Patton: I said [to Trump], “Well, sir, can you think of anytime where this happened?” And he said, “no.”

Omarosa: Well, that is not true.

Patton: He goes, how do you think I should handle it and I told him exactly what you just said, Omarosa, which is well, it depends on what scenario you are talking about. And he said, well, why don’t you just go ahead and put it to bed.

Pierson: He said. No, he said it. He is embarrassed by it.

Before the tape was revealed, Pierson denied any such conversation took place. So did Patton. After hearing the tape, Pierson claimed she was merely trying to “placate” Omarosa. This is a Trump camp staple: First deny something happened, then explain it away without missing a beat. One way or another, Pierson’s lying.

It must also be said: Omarosa has lied before, too. It’s distinctly possible that some of her claims that are not taped are fabricated. When you are publicly revealed to be a liar, as she was on behalf of Trump, it’s difficult to develop a new career as a truth-teller. Yet Trump is pulling out all the stops to degrade and diminish her—calling her a “lowlife,” “wacky,” “dumb,”—and finally, yesterday, a “dog.”

Will calling his former senior black assistant a “dog” change anything for Trump? Again, probably not. He’s called black NFL players who kneel to protest police violent “sons of bitches,” making their mothers, yes, dogs, and Omarosa, yes, a bitch. It’s true, he once said Mitt Romney “choked like a dog” in his 2012 presidential campaign, but maybe there’s a racial difference between being a dog and being “like” a dog for Trump. He calls his black critics “dumb” and “low IQ.” Is “dog” that much worse?

To me it is, but certainly not to Trump supporters. Persistent critic Senator Jeff Flake, who is retiring, tweeted his criticism for the umpteenth time (but Flake never withholds his votes when that might matter).

But let me say for the record: It all matters, a little, or it should. The steady accretion of slurs and outrages and lies and indecencies are important to have on the record. We really don’t know what, if anything, will ever break through to doom Trump. Probably not the N-word. I used to think his paying for an abortion might hurt him with the Christian-right crowd, but I really don’t anymore. Maybe sex with obviously underage girls? (But it may not be “obvious,” even in video, and if Republicans defended Roy Moore, they’ll defend Trump too.) Still, it seems nihilistic to only rate these outrages cable-pundit style—will they hurt him with the base?—rather than in and of themselves, steadily affirming what an affront to decency Trump is, and how close we have come to letting our democracy die.

My point is not to suggest that a fatal blow to Trump is coming, or that Trump opponents should wait for a new outrage to take him down. It may well be that the truest thing Trump ever said was that he could shoot someone in the middle of Fifth Avenue and survive it politically. Yet a lot of people see what he’s doing. Some Trump voters regret their 2016 decision; many more voters, sadly, didn’t go to the polls that year—and regret that too. Our default can’t be outrage, but organizing, to get people to the polls this November and in November 2020, to get this outrage and his movement out of power as soon as possible.