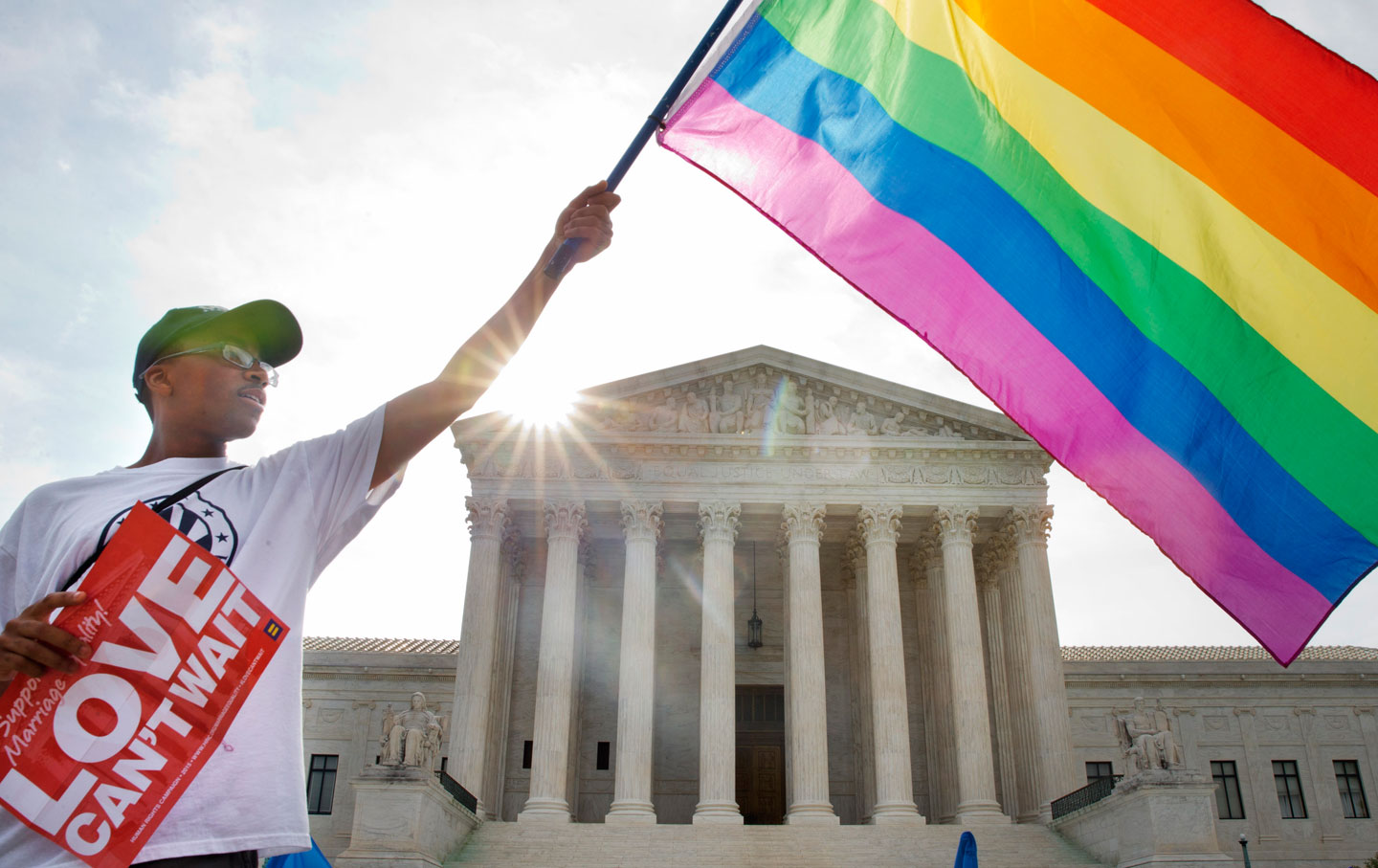 To mark the 10th anniversary of John Roberts’s appointment as chief justice, The Nation asked 10 accomplished and perceptive scholars, lawyers, and writers to review a case or two from the Roberts Court’s first decade. The result provides a cogent and important reminder of how the Roberts Court has used its considerable power to make access to the courts more difficult for the victims of discrimination and other wrongs; to strike down efforts to ameliorate racial injustice in voting and education; to clear the way for executions by inhumane methods and after unfair trials; to block campaign finance reform; to deny remedies for police abuse; and to threaten the continued existence of public-sector unions. This is a conservative Court, and it has not been afraid to use its authority to further conservative ends and to undermine or negate liberal reforms.

But this is a partial list. Had the editors asked the authors to cover 10 equally important liberal-leaning Roberts Court decisions, this issue would feel very different. This is the Court, after all, that required every state in the union and the federal government to recognize same-sex couples’ right to marry. It rejected two major challenges to ­Obamacare. It ruled against the Bush administration twice in cases involving “enemy combatants” in the so-called war on terror, insisting, among other things, that Al Qaeda detainees must be protected by the laws of war. It required police to obtain a warrant to search the cell phones of arrestees and ruled that GPS monitoring of a car’s public movements implicates Fourth Amendment privacy rights—recognizing in both cases that it must adopt different rules to preserve privacy in the digital world. It has prohibited the sentencing of juveniles to mandatory life without the possibility of parole and affirmed a court order that required California’s overcrowded prisons to reduce their population dramatically. It struck down major parts of Arizona’s anti-immigrant law. And it has protected the rights of unpopular speakers, invalidating laws prohibiting the depiction of animal cruelty, the sale of violent video games to minors, and lying about one’s military honors.

So the picture is considerably more nuanced than the cases selected for discussion here would suggest. The Roberts Court is unquestionably a conservative institution, although by just a single vote. Five of its members were appointed by Republican presidents, four by Democrats. Moreover, the Supreme Court has long been conservative; indeed, since Richard Nixon took office in 1969, Republican presidents have appointed 12 justices, and Democrats only four.

On this closely divided Court, outcomes are determined not by the most extreme but by the most centrist justice.

Given the lopsided Republican advantage in appointments over the last half-century, it’s not surprising that the Court has reached many conservative results. The surprise, rather, is that the Court has also issued a significant number of liberal decisions in recent decades. Republican appointees David Souter, Harry Blackmun, John Paul Stevens, Sandra Day O’Connor, and Anthony Kennedy have sided with liberal causes far more often than their Republican pedigrees would have predicted. Even John Roberts has surprised, voting to save the Affordable Care Act, for example, from a constitutional challenge that his four conservative colleagues were eager to embrace (although he, along with Justices Breyer and Kagan, joined the four other conservatives to invalidate part of the law that conditioned continued Medicaid funding on states’ expansion of their Medicaid coverage).

On this closely divided Court, outcomes are determined not by the most extreme but by the most centrist justice. Convention dictates that we call it the Roberts Court, but in truth this is the Kennedy Court. And Kennedy has voted with the liberals on issues of speech, sexuality, the death penalty, and the rights of enemy combatants, while siding with the conservatives on issues of racial discrimination, federal power, and access to courts. The Court’s results are mixed not because of Roberts’s leadership, but because of Kennedy’s more balanced commitments.

There are at least three areas, however, in which the Roberts Court has been unrelentingly conservative. It is deeply suspicious of race-conscious efforts to ameliorate racial inequality, whether in voting or education, and it seems so committed to the ideal of color-blindness that it has frustrated efforts to achieve integration and racial diversity. Indeed, there is a risk that the Court will effectively end the practice of affirmative action in the coming term—even as race and class disparities persist and, in some settings, deepen.

Whoever wins the next election is likely to shape the Court for decades to come.

Second, in Citizens United and other decisions, the Court has erected First Amendment roadblocks to campaign-finance reform. It has ruled that the only legitimate rationale for regulating campaign spending is to avoid the reality and appearance of bribery, and has struck down laws aimed at the broader corruption that stems from the outsize influence of the wealthy, even without bribes. As a result, big money has been let loose in our electoral system as never before.

Third, the Roberts Court has been consistently skeptical of the need for judicial redress for victims of state or corporate wrongs. It has imposed strict “pleading” requirements that help corporate defendants get lawsuits dismissed before having to turn over potentially damning evidence to employees or customers, and it has barred classwide remedies even when they are the only meaningful way to hold businesses accountable. In criminal cases, it has eviscerated the “exclusionary rule,” the principal means of enforcing Fourth Amendment privacy rights. Without exclusion as a remedy, many victims of illegal police searches have no incentive to sue. And a police force that cannot be held accountable for its wrongs can quickly become abusive—as a slew of videos in recent months have vividly demonstrated.

Is the Death Penalty Unconstitutional?

The Case Against the Roberts Court

The good news is that none of this is set in stone. Many of the conservative rulings that have closed the courthouse door to victims of illegal government or corporate conduct were closely divided and might be reconsidered if the people demand it—especially if the Court’s personnel changes. The same is true with respect to affirmative action, campaign finance, and the exclusionary rule. Whoever wins the next election is likely to shape the Court for decades to come. Justice Ruth Bader Ginsburg is 82, Kennedy and Antonin Scalia are 79, and Stephen Breyer is 77. And because the Court is so closely divided, a single appointment could have dramatic consequences. If a Republican gets to appoint Ginsburg’s or Breyer’s successor, Kennedy would no longer be a swing vote, and the Court would likely become consistently conservative. By the same token, if a Democrat replaces Scalia or Kennedy, the Court would have a solid liberal majority for the first time in about a half-century. More so than in any election in my memory, the fate of the Court, of constitutional law, and of justice itself is at stake in the coming election.