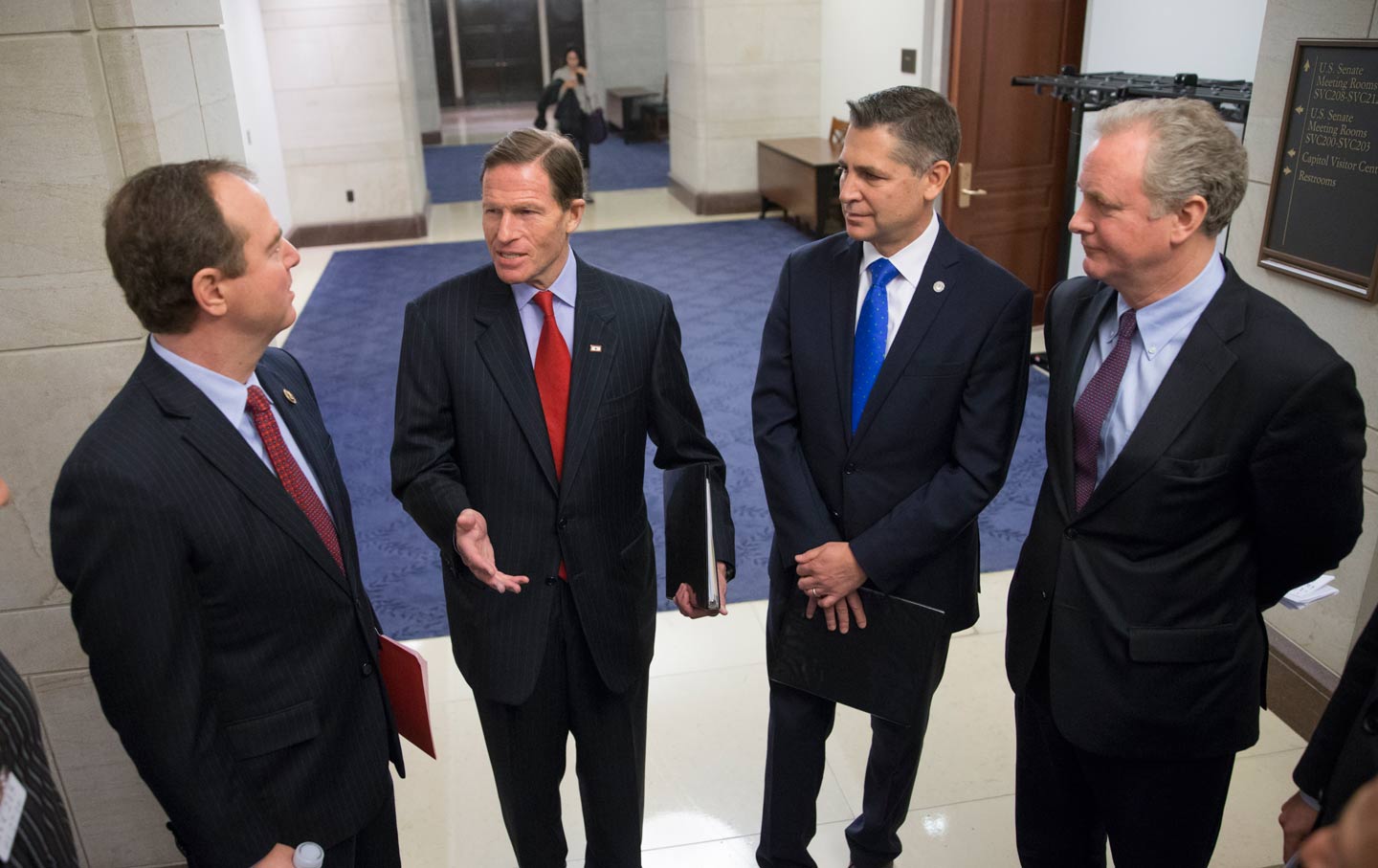 When Congress passed broad legal immunity for gunmakers in 2005, Wayne LaPierre dubbed it the biggest legislative win for the gun lobby in two decades. The harmless-sounding ‘Protection of Lawful Commerce in Arms Act’ shielded gun manufacturers and sellers from a wide range of both federal and state lawsuits that asserted product liability or negligence claims.

Thousands of cases brought by victims of gun violence since then, including many that probably would have proven a legal standard of negligence, have instead been tossed from court by dismissal motions that rested on the PLCAA statute.

Wednesday, several Democratic members of Congress introduced legislation to repeal the immunity provisions in PLCAA, along with a separate law that bans plaintiffs in civil cases from introducing gun trace data from the Bureau of Alcohol, Tobacco, and Firearms. (That trace data is an easy way to track guns and prove straw-purchase activity by a gun dealer).

The argument against gunmaker immunity isn’t just about allowing victims of gun violence to seek compensation after the fact—many gun-policy experts believe the unusual immunity enjoyed by the gun industry removes any incentive for manufacturers or retailers to adopt additional safety measures, like stronger oversight of potential straw purchases or the addition of safety locks to guns.

“In granting immunity to the worst actors in the gun industry, Congress did tremendous harm to the goal that we all want to see, which is fewer families torn apart by guns,” said Representative Adam Schiff at a news conference in the US Capitol, where he was joined by the bill’s original co-sponsors: Senators Chris Murphy and Richard Blumenthal and Representative Chris Van Hollen.

Also present was Hector Adames, who spoke, at times emotionally, about an accident that killed his 13-year-old brother, Joshua, in 2001.

Joshua was shot by a friend who wrongly assumed a household handgun was unloaded. The Adames family went to court and asserted that Beretta, the manufacturer of the gun, should have included a warning that it could still fire even when the magazine wasn’t in place if a bullet remained in the chamber. They also said the company should have included a mechanism to keep the gun from firing in that situation. The case was dismissed because of PCLAA.

“We know [the case] wouldn’t bring Joshua back. But we were hoping it would save other families from this kind of tragedy,” Adames said. “Only when the gun industry begins to feel some of the pain itself, it may consider changing its ways.”

This isn’t the first time Schiff introduced PLCAA repeal legislation, but now it comes at a highly charged time for gun politics in the Democratic Party. The Iowa caucus is less than a week away, and one of the main differences between Hillary Clinton and Bernie Sanders has been the Vermont Senator’s vote for PLCAA back in 2005.

Sanders has since said he supports repealing some of the immunity provisions in PLCAA, and his office confirmed earlier reports that he supports this specific repeal effort. He plans to add an amendment that would mandate reporting on the effects of immunity repeal for rural gun sellers. Schiff said he wouldn’t oppose the amendment as long as it doesn’t make any implementation of the bill dependent on that reporting, which the amendment does not appear to do.

Schiff implicitly criticized Sanders, however, for being late to the party. “Without personalizing it to the presidential candidates, I think it was a tragedy that this bill was passed in the first place. The harm has already been done, in the sense that in the last decade, gun manufacturers and dealers have had little incentive to act with a reasonable standard of care,” Schiff said.

“We will not be able to get back to where we were,” he continued. “But we can prevent the injury from continuing from this point forward.”