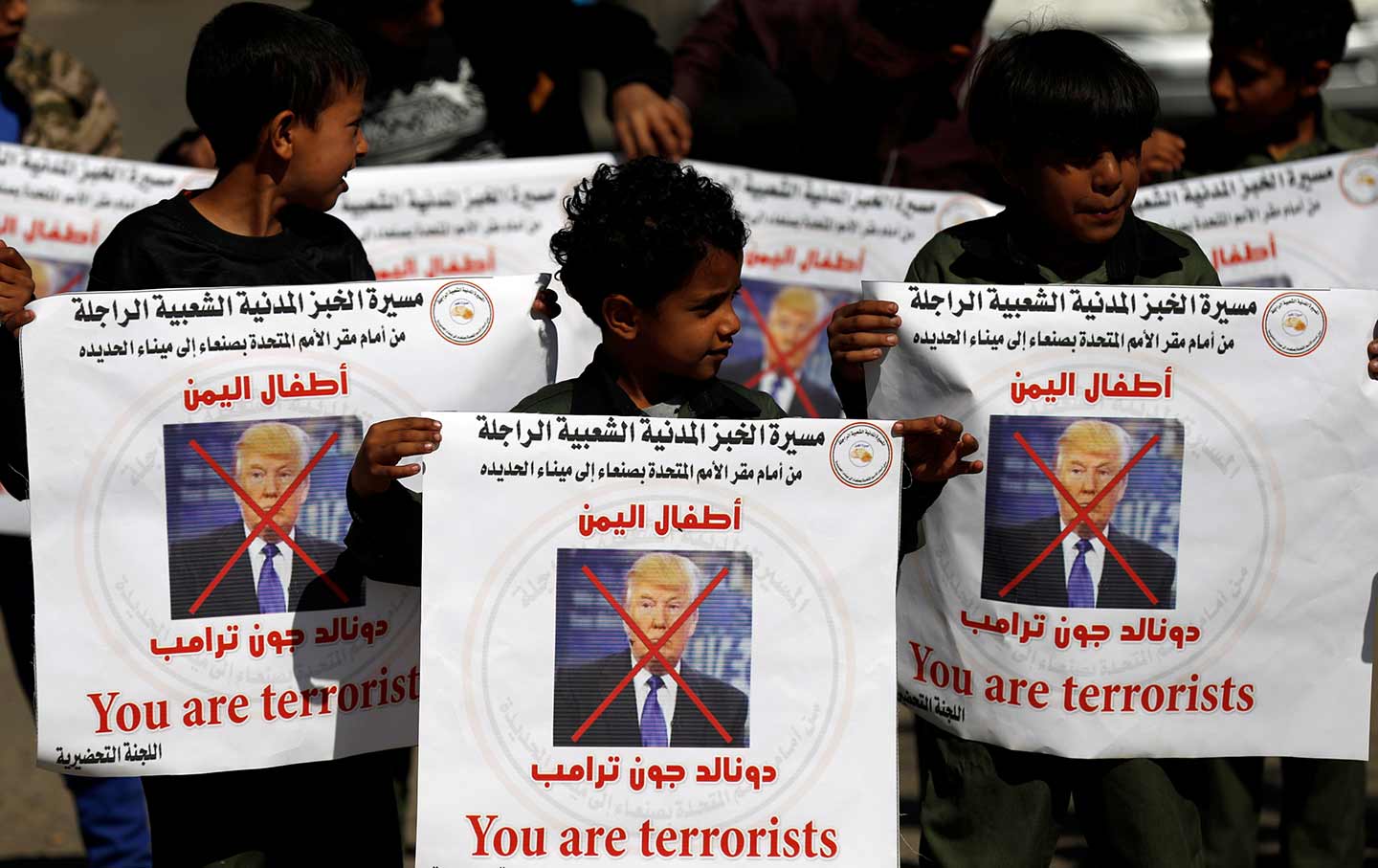 There is an easy way to determine whether a member of Congress is bearing true faith and allegiance to their oath to “support and defend the Constitution of the United States against all enemies, foreign and domestic.”

If they demand that presidents of both parties seek congressional approval for military action, the oath is being taken seriously. If they don’t, the oath is abandoned—and, with it, any sense of duty to defend the most basic premises of the American experiment.

Under President Trump, the tests are coming on a regular basis as the administration rolls roughshod over a system of checks and balances that House Speaker Paul Ryan, R-Wisconsin, and Senate majority leader Mitch McConnell are more than willing to sacrifice on the altar of party loyalty.

Not all Republicans are willing to accept the Trump’s administration’s shredding of the Constitution, however, and that’s important—as there is an urgent humanitarian need for a bipartisan defense of the authority of Congress to check and balance the executive branch.

Congressman Justin Amash, R-Michigan, has joined Congressman Mark Pocan, D-Wisconsin, in leading a congressional effort to warn the administration that it must consult Congress before lending US support to what members describe as “a potentially catastrophic” military action by Saudi Arabia in Yemen.

US Reps. Amash & Pocan: “We take seriously the right and responsibility of Congress to authorize the use of force.”

“Secretary [of Defense James] Mattis was reported to have proposed US military support for a Saudi-led assault on the Yemeni port of Hodeida, through which the vast majority of food shipments must pass before reaching millions of Yemenis on the brink of famine,” explains Pocan’s office. “Aid agencies, experts, and the United Nations have warned that a US-backed Saudi operation could trigger mass starvation in a country ravaged by the two-year-old war and Saudi-imposed blockade.”

Jan Egeland, the globally recognized expert on humanitarian aid who leads the Norwegian Refugee Council and formerly headed the United Nations humanitarian office, warns that 4 million people in Yemen are already “staring into the naked eye of starvation.”

“We will have a famine of biblical proportions, if it continues like now with only a portion of those in greatest need getting humanitarian relief,” Egeland told Reuters after traveling to Yemen.

Egeland has urged the United States to take the lead in seeking peace in the region. But the United States remains closely aligned with the Saudis. The circumstance led Amash and Pocan to organize a May 2 congressional letter (signed by 10 Democratic colleagues) to Secretary Mattis, which asserts that, “In the face of Yemen’s senseless humanitarian tragedy, we are committed to using our Constitutional authority to assert greater oversight over US involvement in the conflict and promote greater public debate regarding US military participation in Yemen’s civil war, which has never been authorized by Congress.”

This is the second letter that Amash and Pocan have organized. The first, sent April 10, asked whether the administration has any legal justification for escalating US involvement in Saudi Arabia’s war in Yemen. “As US Representatives, we take seriously the right and responsibility of Congress to authorize the use of force, or to refuse to do so, as mandated by the Constitution and the 1973 War Powers Resolution. We expect that any direct military actions pursued by the administration against the Yemeni Houthis be brought before Congress for consideration and authorization for approval before they are executed,” wrote Amash, Pocan, and a group of 53 other House members that included long-time advocates for congressional oversight such as Congresswoman Barbara Lee, D-California, and Congressman Walter Jones, R–North Carolina.

The ongoing refusal of the administration to respect the role of the Congress led Amash, Pocan, and their colleagues to conclude the latest letter with a blunt declaration: “Should the administration remain unresponsive to our repeated inquiries into the nature of US engagement in a potentially catastrophic Saudi attack on Hodeida, we will pursue legislation to explicitly prohibit US involvement in any such an assault.”

Those are the words of members of Congress who respect the Constitution.

This country needs more of them—as do the starving men, women, and children of Yemen.