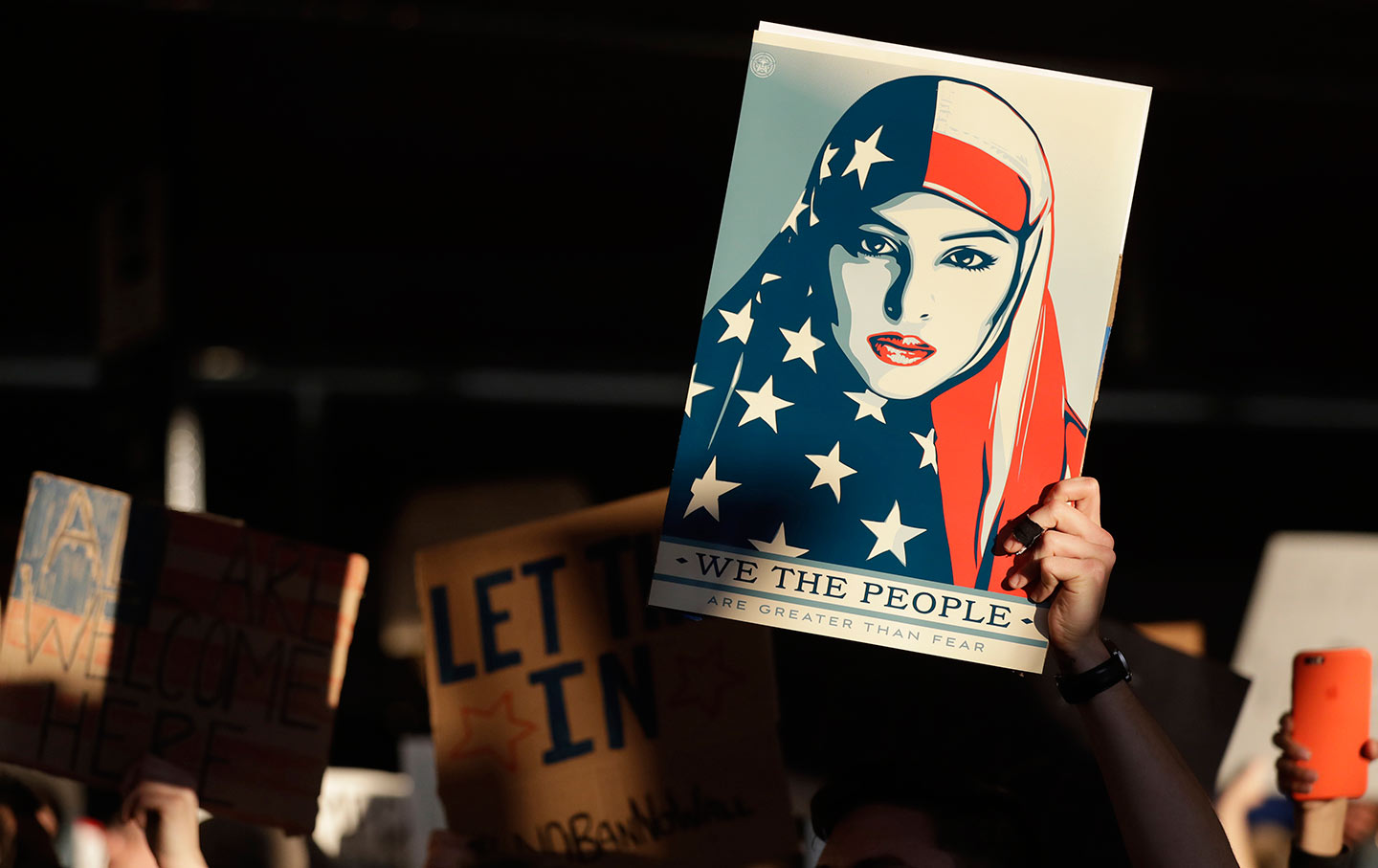 A protester holds a sign at San Francisco International Airport during a demonstration to denounce President Donald Trump’s executive order that bars citizens of seven predominantly Muslim-majority countries from entering the US on January 28, 2017. (AP Photo / Marcio Jose Sanchez)

California, Oregon, and Washington are leading what could become the largest resistance movement against federal policy in more than a century. Sasha Abramsky reports.

Plus: Almost two dozen lawsuits have been filed against Trump’s Muslim travel ban—is that too many? David Cole, national legal director of the ACLU, says that lots of judges ruling against the president is a good thing.