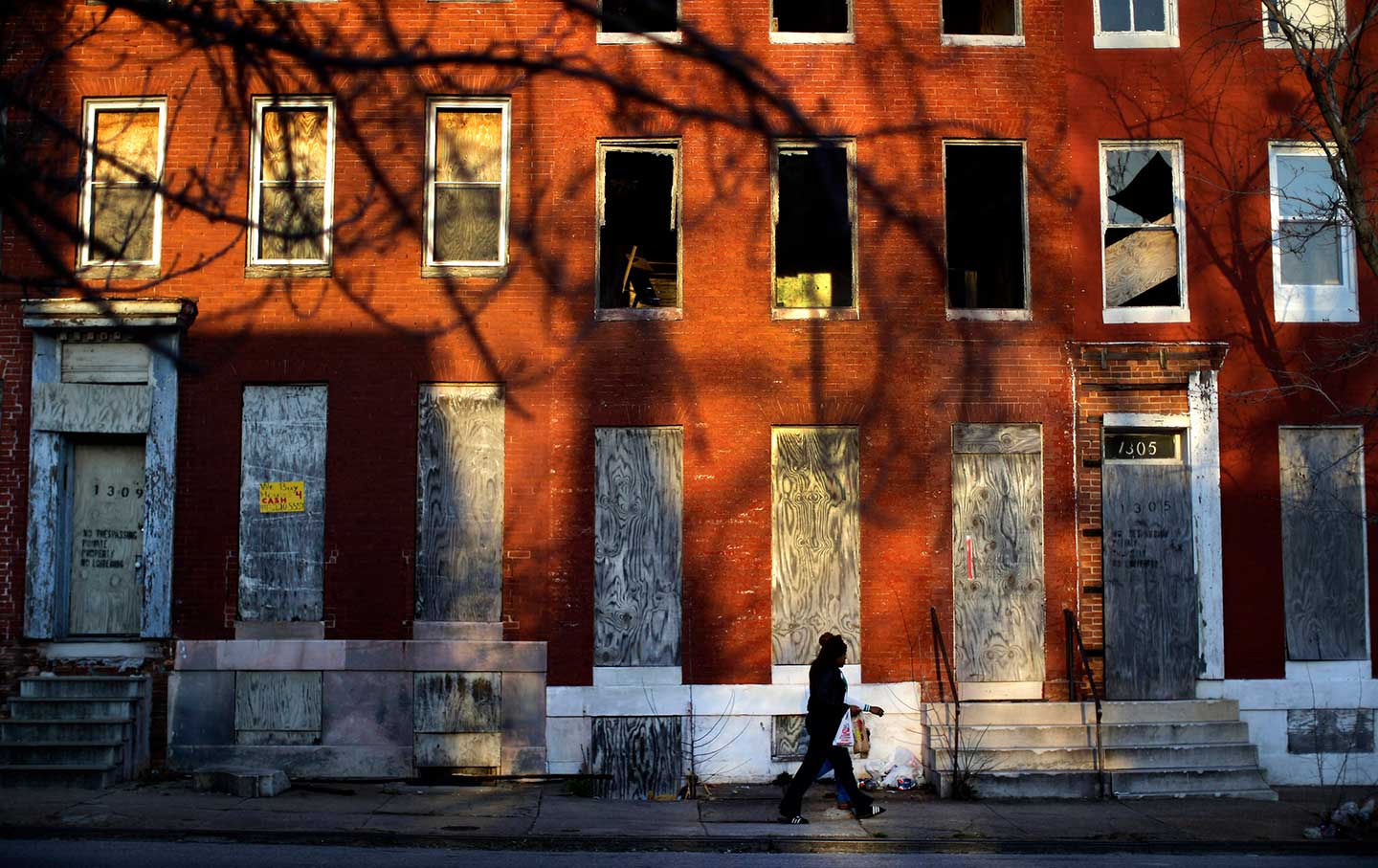 New York used to be a place where an average Joe could come to make it in the big city, but these days the average New Yorker struggles just to make rent.

In the face of rampant financial deregulation, austerity-driven social disinvestment, and vast income inequality, working-class New York families are often priced out of both the rental and mortgage markets, while gentrification eclipses blighted blocks with empty luxury towers. But now housing-justice activists want to seed the city with a new kind of urban homesteading: Community Land Trusts (CLT)—a model of collective ownership of housing on community-owned land.

Designed to encourage long-term social stability and foster political self-determination on the urban commons, CLTs develop property through a community-run organization, which is generally run by representatives from the community, sometimes along with the local government, and the private sector, independent of conventional government-based funding streams or commercial financing. The City’s Department of Housing Preservation and Development recently launched a major new grant program, with over $1.6 million in seed funding for community-based organizations, to grow the Big Apple’s newest crop of CLTs.

Though CLTs have historically been associated with suburban regions, cities are beginning to adopt the concept as they strain against overcrowded and hyperinflated real-estate markets. By expanding place-based, community-directed development, a democratically governed CLT could pool public resources to enable residents to chart local development as owner-members. 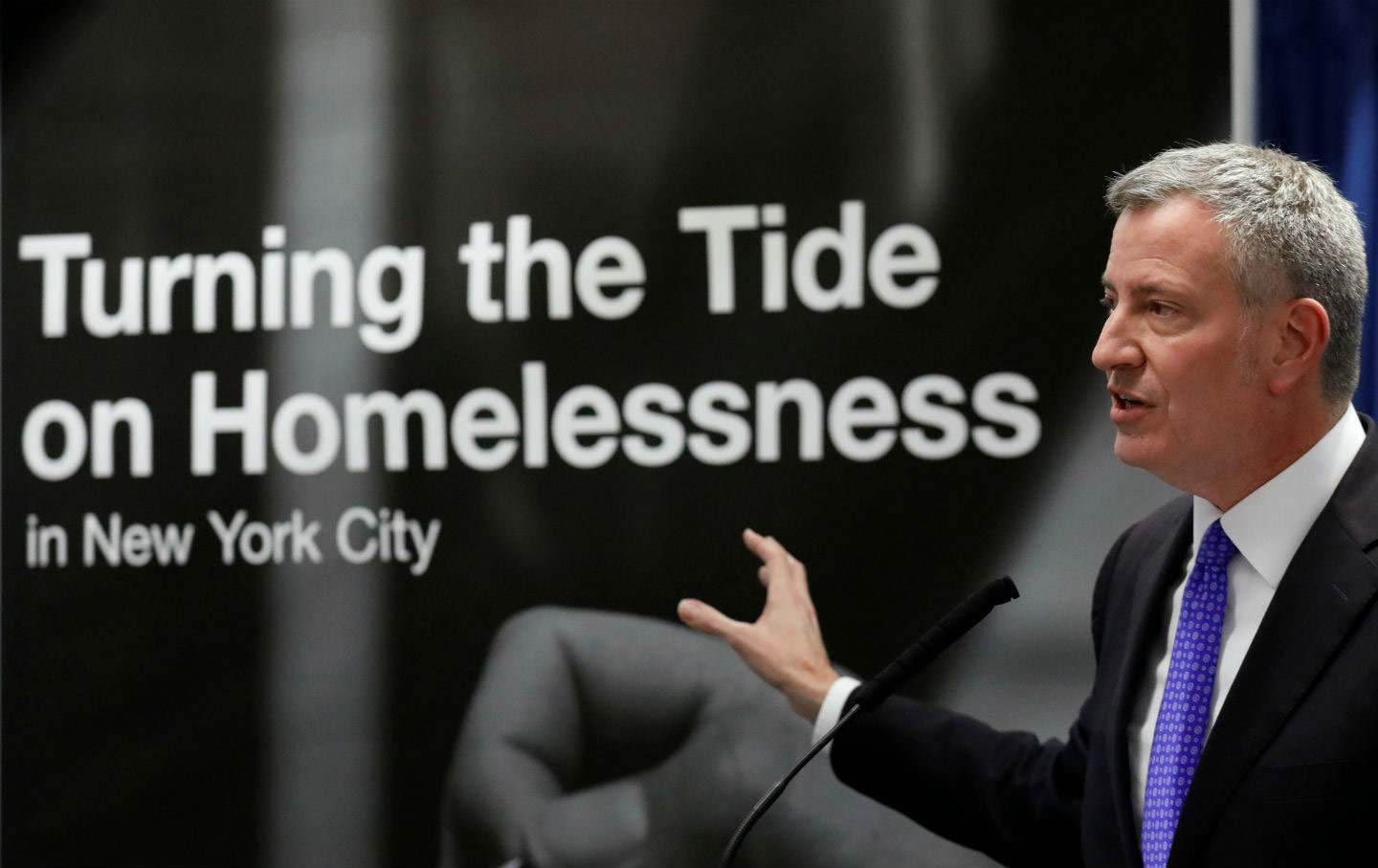 New York’s Mayor Vowed to Help the Homeless. Why Is the Crisis Growing?

The first major grants—which are the byproduct of the state’s legal settlement with large financial institutions over their role in the Wall Street crisis—will go to the East Harlem–El Barrio Community Land Trust, Interboro CLT, and Cooper Square CLT. The NYC Community Land Initiative (NYCCLI), founded by the advocacy group Picture the Homeless and the New Economy Project, received a grant to coordinate a learning exchange for several emerging local CLT programs, while also serving as a citywide alliance that supports and promotes CLTs generally. Its development plans are remarkably diverse, including family-owned homes, low-priced rental units, and non-residential projects like a community theater or youth recreational center. All these paths steer residents toward building collective equity and resisting displacement.

According to Deyanira Del Rio, New Economy Project co-director and chair of the NYCCLI board, “Besides just the affordable-housing piece, what’s really important…is that the CLT is not-for-profit, charged with holding land in trust and stewarding it over the long term for the benefit of the community, the owners.” As a political forum, the CLT enables community advocates and local residents “to make sure that decisions about land-use are made in a way that’s more open, transparent, and democratic.”

Unlike traditional “public-private partnership” deals between state agencies and corporate contractors, Del Rio says, CLTs understand that “some of those decisions can actually be [better] guided by residents and the actual needs that they identify for themselves, rather than outside developers, and others with capital, making decisions for people without any real meaningful input.”

Some grantees are still working toward acquiring their properties, so NYCCLI will support those initiatives as they navigate the process, connecting fledgling CLTs with larger or more established groups that can provide guidance on the details of community-owned property—for example, how best to manage the balance between rental and owned properties. Ideally, in the long run democratic governing boards will enable full community representation and oversight.

The East Harlem/El Barrio Community Land Trust and Mutual Housing Association plans to launch “a multi-building nonprofit corporation that owns housing and runs it with a mission to keep it permanently affordable” to residents typically earning under $34,000 annually. For a truly just housing solution, the organization’s mission is to “maintain the vibrant culture and history of East Harlem for generations to come. No one should force you out of your home—it should be your choice whether you stay or you go!”

Several partners in the CLT initiative are not traditional housing organizations, but understand the centrality of place in defining a community’s identity. The Mary Mitchell Family and Youth Center, a social-service provider in the Crotona neighborhood of the Bronx—where roughly a third of the city’s evictions happen, and local residents on the whole pay half their income toward rent—wants to build a fully integrated neighborhood support system for people struggling with both economic and housing burdens. Staffer Heidi Hynes said: “Community control of land and development…can ensure that concentrated poverty is redressed in a way that retains affordability while increasing services and resources…creating the proverbial tide that lifts all ships—not in having our neighborhood sold to the highest bidder.”

In the wake of the recession and the challenges of the housing-cost crisis, similar initiatives are underway in cities nationwide, including Philadelphia, Baltimore, Pittsburgh, and San Francisco. Often they target neglected enclaves and city-owned lands to rehabilitate and preserve affordable space. The T.R.U.S.T. South LA CLT, for example, has since 2005 combined housing-justice organizing with home building and financing. In recent years it has mobilized against an exploitative landlord and worked to improve and expand infrastructure for biking and pedestrian transit, under a shared vision of local economic empowerment.

At the same time, the city will have to work with community groups to set equitable regulations on pricing and rents. A core principle of the NYCCLI is “ensur[ing] that housing created on formerly city-owned properties is and will remain affordable to the existing residents.” (Critics say that often the municipality’s official bar for “affordable,” based on a calculation of area median income, is set so high that local residents, including many low-wage workers, are automatically excluded from supposedly “mixed income” developments.)

The Cooper Square CLT, which grew out of a veteran housing-advocacy organization, has committed to keeping home prices affordable to residents who earn as little as less than half the local median income. With a fairer definition of affordability, the group wants to work alongside poorer households to ascend the housing ladder, while curbing price volatility across the housing market.

NYCCLI is also pushing for policy reforms to help communities restore their land equity. To tackle predatory investments fueling gentrification, NYCCLI recommends that the city “Develop programs to restore vacant properties to active uses that contribute to the supply of affordable housing…and to community resources.” And to reclaim some of the ill-gotten gains of Wall Street through the real-estate boom, the coalition calls for a tax on vacant or luxury developments to fund a permanent housing trust fund.

After decades of displacement of working-class neighborhoods and families of color, Del Rio says, the CLT model could “shift the subsidy” for urban housing from corporate coffers to the public trust, “to really make sure that it’s permanent, place-based, and stays in the community for our benefit,” because collectivism is built into the design.

For neighborhoods squeezed to the city’s social margins, harvesting local wealth for shared development opens a pathway for communities to return to being stewards of their own fate.