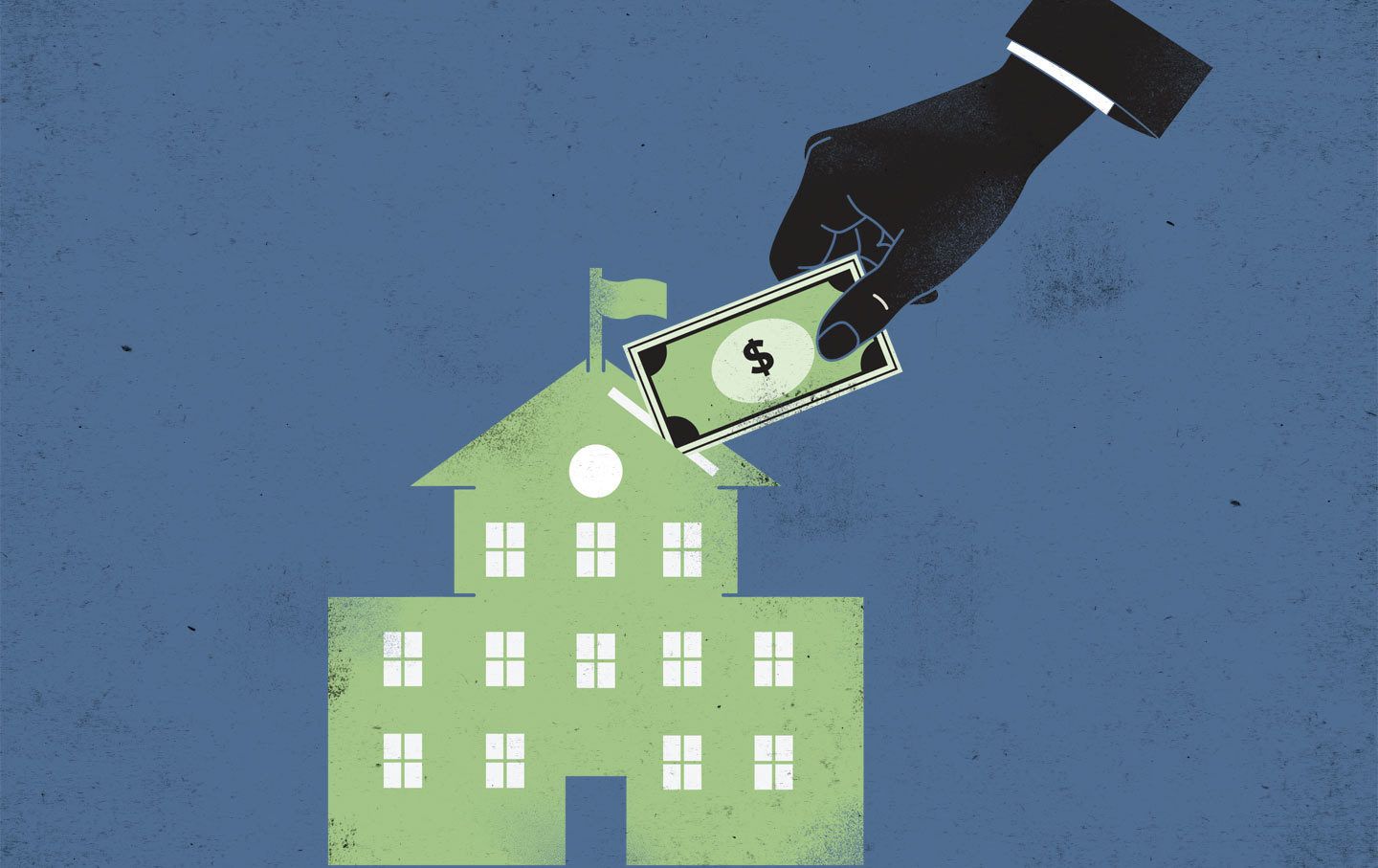 Millions of Americans sweat and strain at work every day. They lift. They pound. They come home exhausted. Other Americans make their living wheeling and dealing on Wall Street. The most strenuous part of their day? Trying to stand up after lunch at a five-star restaurant.

Which Americans deserve preferential treatment at tax time? Under our current tax law, the preference goes to those who make the bulk of their income from buying and selling assets. Wealthy Americans pay just $23.80 in federal income tax on every $100 of this “capital gains” income. Ordinary income, by contrast, faces a federal tax rate that can go as high as 39.6 percent. In other words, for every $1 million of wheeling-and-dealing income that billionaires claim, the capital-gains tax preference shears about $160,000 off their tax bill.

All children need a high-quality preschool experience. According to the national advocacy group First Focus, pre-K programs “can have a significant and lasting positive impact on the health and development of young children.” The social impact may be just as important: The Nobel Prize–winning economist James Heckman has calculated that public investment in early-childhood programs generates a 7 to 10 percent annual “return to society.”

Ending the preferential treatment for capital-gains income would raise an estimated $600 billion over 10 years.

Affluent families can afford to get their kids on track early for success. Other families can’t. In North Carolina, only 1,300 of Forsyth County’s 4,000 4-year-olds have a place in a childhood-education program, and state legislative cuts have left a waiting list over 500 deep for slots in publicly funded programs for low-income youngsters. In Indiana, a new preschool pilot program for poor children had to turn away 57 percent of those kids who applied for it.

Recognizing the need for a national commitment to early-childhood education, President Obama called for universal pre-K in his 2013 State of the Union address. His subsequent proposal to create a federal preschool program for all 4-year-olds from low- and moderate- income families carried a $75 billion price tag. The president called for higher taxes on tobacco to help fund his plan, but that idea went nowhere in Congress. Axing an obscure tax-code provision known as the “carried-interest loophole,” however, could generate the revenue needed to fund this ambitious plan.

No one in the United States takes advantage of the carried-interest loophole more than hedge-fund managers and their billionaire brethren running venture-capital and private-equity funds. With a bit of fancy accounting, these high-flying financiers get to define the share of the profits they make buying and selling other people’s assets as capital gains. In other words, investment-fund managers don’t just get preferential treatment on their capital-gains income; they get to redefine their ordinary income as capital gains.

How the Super-Rich Can Kickstart the Green Economy

How much does this handy little loophole cost the US Treasury? The conventional estimate, from Congress’s Joint Committee on Taxation, is about $18 billion over 10 years. But veteran tax analyst Victor Fleischer puts the cost at $180 billion—10 times that amount.

Ending all of the preferential treatment for capital-gains income would, of course, dramatically enhance the government’s ability to ensure universal pre-K for the next generation of Americans. Citizens for Tax Justice estimates that such a move would raise $600 billion over 10 years.

In the 2015 fiscal year, the government spent just $15.4 billion on all early-childhood programs combined. Parents across the country are increasingly frustrated with the inadequacy of this support. Channeling that frustration into a national movement to end preferential tax treatment for capital-gains income could help make universal pre-K a reality.