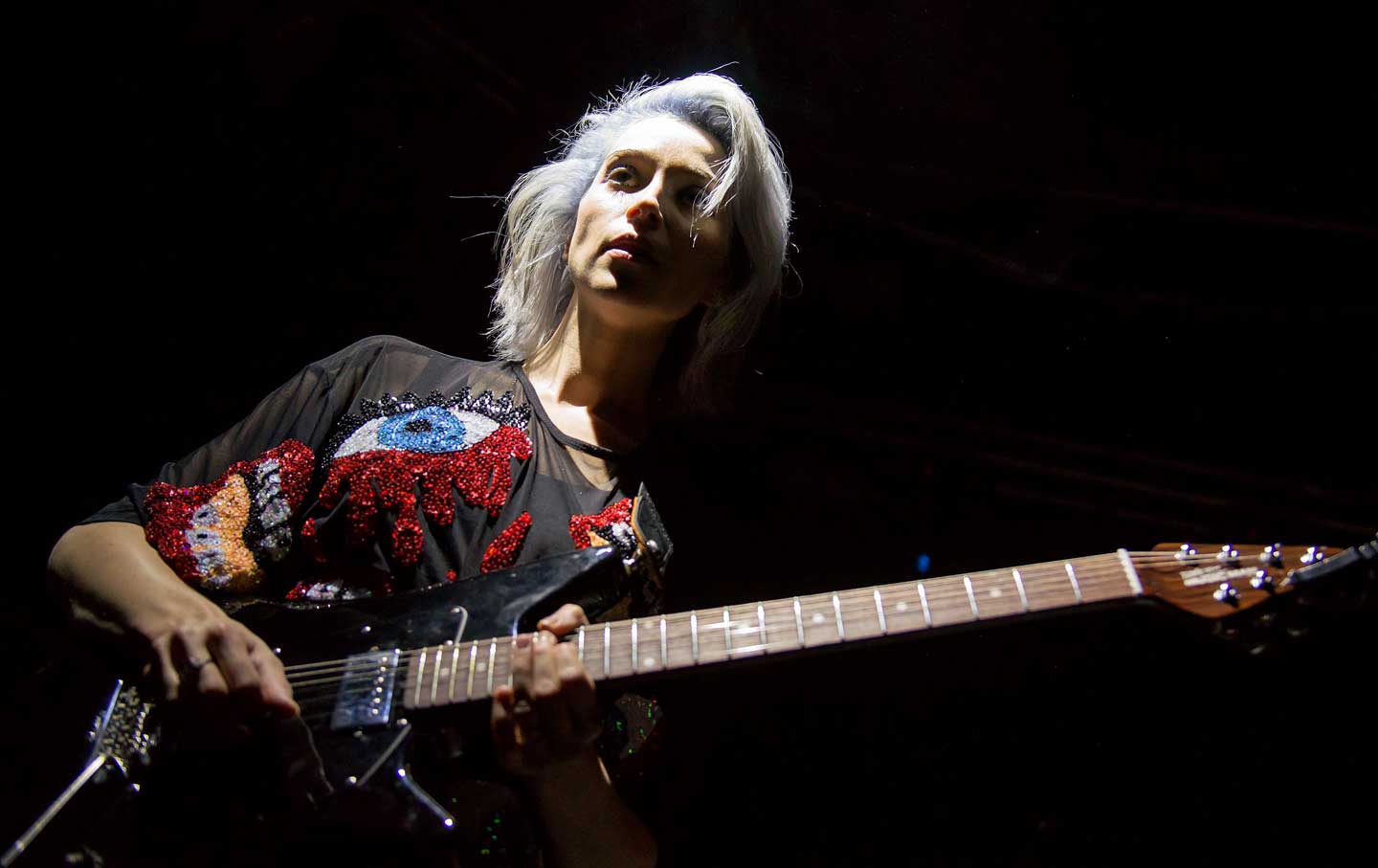 No, St. Vincent has not come of age or fulfilled her promise or achieved full bloom with her latest album, Masseduction, her fifth as a solo artist since 2007. Critics and bloggers have been lauding the project as proof of St. Vincent’s ascension to the top ranks of American songwriters, and they’re wrong. Masseduction is as great, but no better than St. Vincent’s previous albums, all four of which have been major works of extraordinary creativity and expressive power. St. Vincent arrived in full bloom a decade ago. The remarkable thing about her career is not that, or how, she has grown or improved but that, from the start, she has made music with so little room for improvement.

From the opening track of her first release, “Now, Now” on the album Marry Me, St. Vincent distinguished herself as a master hybridist, a sonic experimenter drawn to offbeat, sometimes kooky combinations of instrumental sounds and textures. She showed she could both sing and play, layering overdubbed voices in complex patterns that suggested her early tenure with the pop choral ensemble Polyphonic Spree, while finger-picking intricate parts on acoustic and electric guitar, in addition to playing electronic keyboards. Above all, she proved her skill as a songwriter, crafting intricately constructed tunes with varied and balanced parts, unexpected ideas, blunt feeling, and unapologetic catchiness.

Sonically, Masseduction is sparer, airier than its predecessors. The dominant instrumental sounds are synthesized, mostly textured beats and keyboard lines. There’s no attempt to remind us again that St. Vincent is a first-rate guitar player. That surely seemed more important a few years ago, when she was invited to fill in for Kurt Cobain with the surviving members of Nirvana for the band’s induction into the Rock & Roll Hall of Fame. Krist Novoselic, the Nirvana bassist, introduced her as “Annie Clark, the singer in the band St. Vincent.” She was always much more than a singer with a deceptively pretty voice; and even though St. Vincent is her stage name, not the name of a band, there’s a full band’s worth of talent in that name. (Born Anne Erin Clark, she originally performed under her given name and recorded an EP as Annie Clark while still a student at Berklee College of Music.) 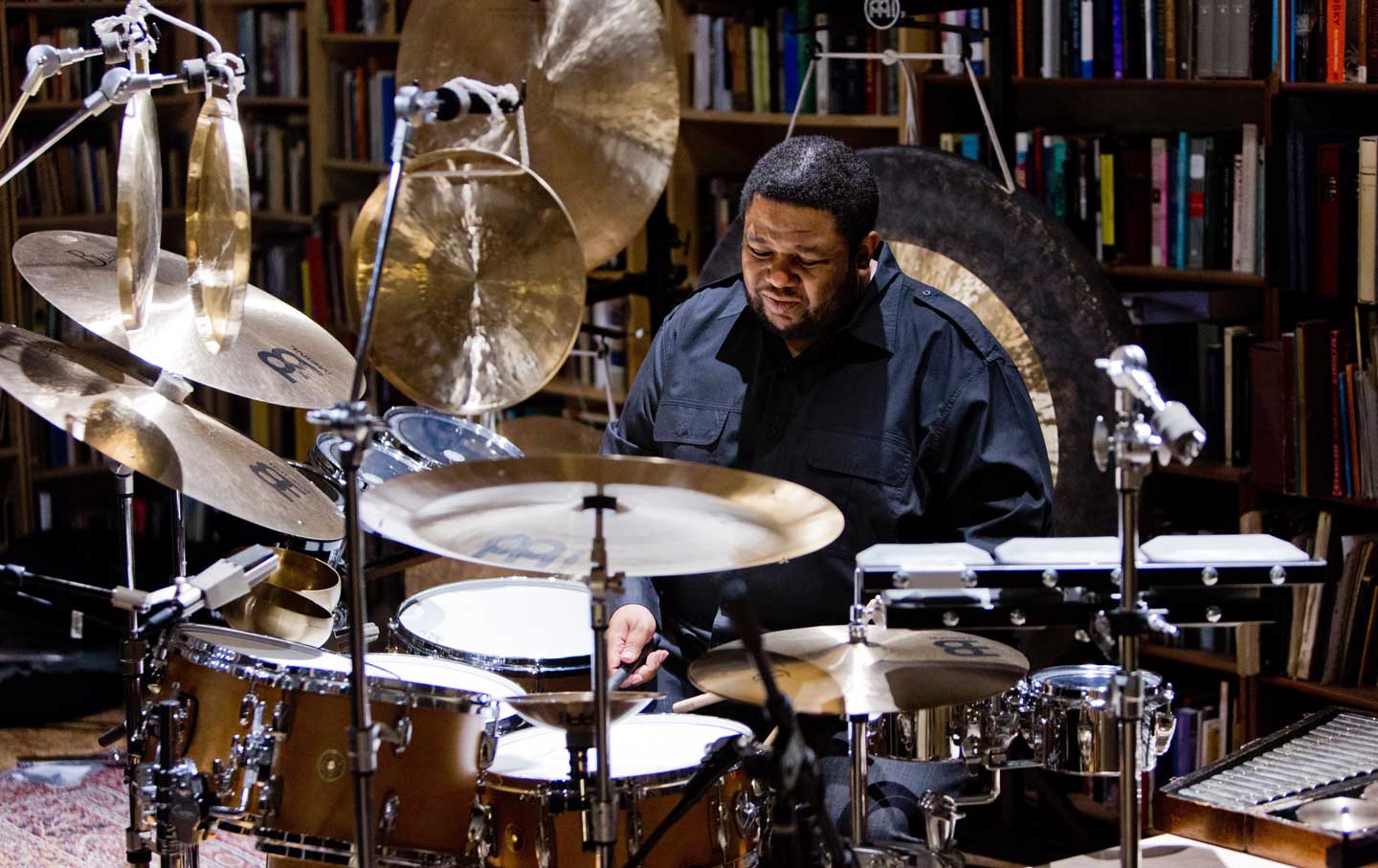 From Jazz Clubs to Classrooms

Each song on Masseduction is innervating and memorable, with the simultaneous freshness and eerie instant familiarity of songs made to last, from the mock K-Pop of “Sugarboy” and the swanky ’70s funk of “Savior” to the unpretentious keyboard-ballad brooding of “New York.” The great constant in all her work is something scarcer than innovation: meticulous song craft. Beneath the digital patina of the utterly contemporary, overtly arty beats and synth tones lie a collection of songs that, with a few exceptions, could be sung with virtually any instrumentation—acoustic guitar, string quartet, accordion, doesn’t matter, really—or no instrumentation at all.

In fact, St. Vincent’s songs are so solid that they don’t really need her. Most of them could be sung by other singers and perhaps some day will. In the meantime, it’s great to have her.