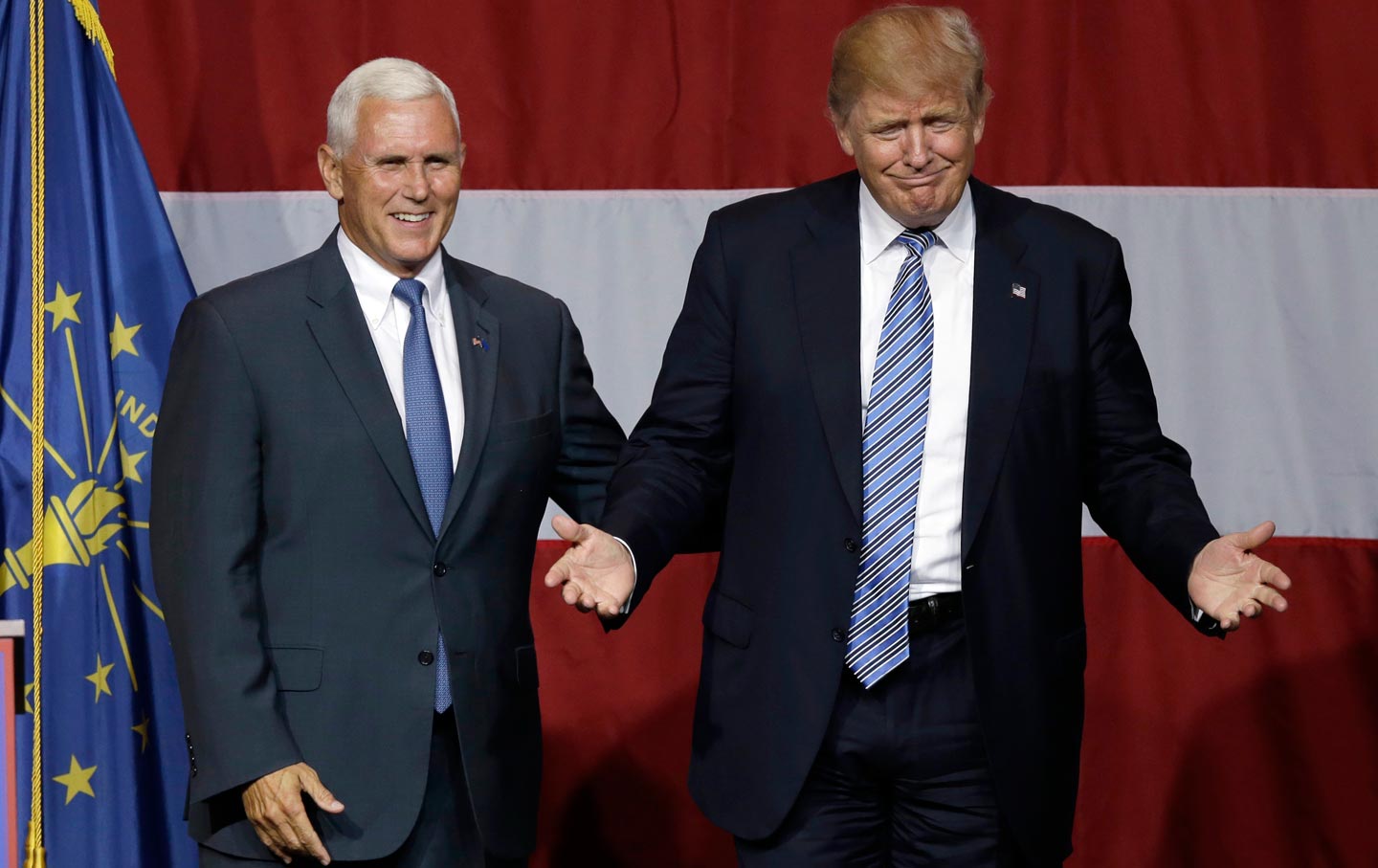 Let’s say there was a charismatic presidential candidate whose election would mean long-lasting gains for progressive politics: big steps toward single-payer health care; major curbs on banks and finance; robust protection for unions and workers’ rights; a Supreme Court that would guarantee civil rights, voting rights, LGBTQ rights, and women’s rights—including abortion rights—for the next 40 years. Unfortunately, this candidate is kind of a dick. He tells racist and sexist jokes, has a turbulent private life, used to be a Republican, is financially shady, and has shown over many years that he does not share your ethical code, though for campaign purposes he half-heartedly tries to fake it. Would you withhold your vote and hand the White House to his opponent, a flaming reactionary, or support him and make America Sweden? Assuming the candidate is a man (because a woman like that would never have made it that far), we already know the answer, don’t we? Of course you’d vote for him. Progressives supported Ted Kennedy, after all—a great politician who cheated on college exams, was an alcoholic and flagrant womanizer, and let a woman drown. Some things are just more important than other things.

In the last election, 81 percent of white evangelical Christians put aside their so-called biblical and family values and voted for Donald Trump, a libertine and crook. Some pundits professed surprise at that. But why did they think that right-wing Christians—who, after all, constitute a political movement—were purer than anyone else? You can call it hypocrisy (best rationalization: “He’s a baby Christian”), or you can call it keeping their eyes on the prize, but in their shoes most of us would do the same. At least I hope we would. The ones among us who didn’t this time around, who wouldn’t besmirch their souls by voting for “unlikable,” “flawed,” faux-feminist/Goldman-Sachs-speech-giving/warmonger/just-as-bad-as-Trump Shillary Clinton, are about to get a serious lesson in just how expensive principles can be.

Right-wing Christians weren’t stupid; they made sure that Trump’s debt to them was one he’d have to pay.

White evangelical Christians sensibly chose to overlook Trump’s ethical flaws and focus on the big picture: banning abortion, expanding “religious freedom” (i.e., the right to discriminate), rescinding the sexual revolution, and so on. They’ve been richly rewarded already. Vice President Mike Pence, who calls himself “a Christian, a conservative and a Republican, in that order,” is a gift that will keep on giving: As a congressman and Indiana governor, he has a long record of hostility to abortion rights, Planned Parenthood, and LGBTQ rights—and unlike Trump and his closest advisers, he knows his way around government. Trump’s nominations have been stuffed with Christian conservatives and anti-choicers: Ben Carson for housing secretary, Betsy DeVos for education secretary, and Liberty University president Jerry Falwell Jr. to lead an education task force. For health secretary, he’s picked Tom Price, who says he’s never met a woman who can’t afford birth control; and for the health-care seat on the Domestic Policy Council, Katy Talento, who believes that birth control causes cancer and infertility. At the National Prayer Breakfast, Trump also vowed to “totally destroy” the 1954 Johnson Amendment, which bars tax-exempt organizations, including churches, from campaigning for political candidates.

But the Golden Fleece for the Christian right is control of the Supreme Court. It’s conventional wisdom that voters don’t care about the Supreme Court, and certainly there’s some truth to that on the left. (“People power!”) However, with three justices 78 or older and Scalia’s seat still open, the Christian right spotted its opportunity: With Trump in power, it could shape the Court for the next 30 or even 40 years. Trump’s first nominee, Neil Gorsuch, is the perfect vehicle: a far-right judge with impeccable credentials, already unanimously approved by Senate Dems for the federal appeals court, who wrote a concurring opinion in the Hobby Lobby decision supporting the right of some owners of secular businesses to deny birth-control coverage to their employees on religious grounds.

I hope that if we were in their shoes, we’d do the same.

With another nomination like Gorsuch, the Christian right would have the five votes needed to overturn Roe v. Wade and a whole lot more. If the Court upheld state efforts to disenfranchise black and Democratic voters, the right could maintain its hold on state legislatures, even as whites become a smaller percentage of the population, and pass whatever laws it liked, such as the one just passed in Arkansas giving men—even rapists—the legal right to sue women for aborting their “child”, or the one proposed in Texas that makes abortion a felony punished like murder for both women and providers. After all, as State Representative Tony Tinderholt told The Texas Observer, “Right now, they don’t make it important to be personally responsible because they know that they have a backup of ‘oh, I can just go get an abortion.’” (No punishment for the man involved, by the way.)

Trump’s sinful past and all-over-the-map public statements may have discomfited some Christians, but they may also have helped socially liberal voters pull the lever for him. The latter could always tell themselves that a man like that would never really do the bidding of the Christian right; as one woman in a Planned Parenthood focus group put it, “He’s probably paid for a few abortions himself.” It’s funny how we persuade ourselves that a politician is telling the truth when he says what we want to hear, even if he says a lot of other things too. Right-wing Christians weren’t so stupid; they made sure his debt to them was one he’d have to pay.

The so-called culture war—actually a war over the social and economic power of straight white men—has been declared dead many times, including as recently as last year. Modernity, we were told—feminism, LGBTQ rights, the sexual revolution, free speech, equality, religious tolerance, secularism—had won the day, with religious conservatives as the grumbling losers. What a difference an election makes.

Listen to Katha Pollitt discuss Trump and the religious right on the Start Making Sense podcast.